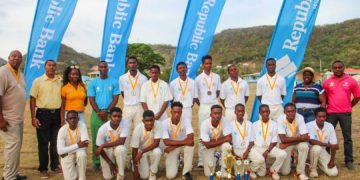 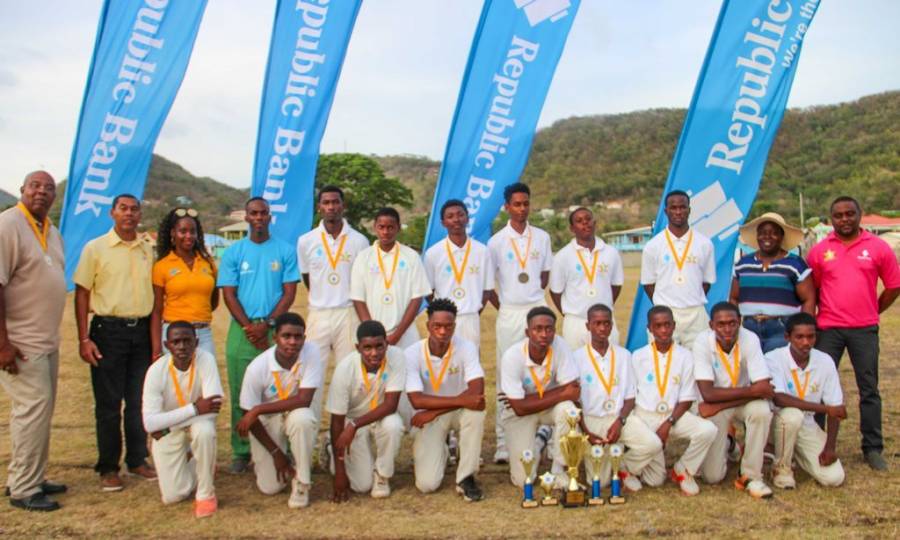 St David rose to the occasion, defeating Carriacou by 205 runs. Seandell Regis of St David and Kimo Peters of Carriacou, were named joint RightStart Players of the Match, with Regis hitting 120 not out, while Peters made 106. Final scores: St David – 319/4; Carriacou – 114.

Representatives of the Grenada Cricket Association (GCA) were high in praise for the young players and commended them on a well-played tournament.

Roger Patrice, Officer-in-Charge of Republic Bank Carriacou Branch, joined the GCA in recognising the outstanding performances of the teams and the individual players who excelled throughout the tournament.

In his remarks, he commented, “this Under-19 Cricket tournament provides an outlet for our youngsters to develop their cricketing skills at the competitive level, and excel in their individual areas of strength. Throughout the tournament, we witnessed just that.” Patrice further noted, “Republic Bank remains a proud sponsor of this tournament and the development of youth, through sports.”

The 2020 RightStart/GCA Under-19 Inter-Parish Cricket Tournament promises to be an exciting display of talent, as we continue to witness the growth in the quality of participation from all teams.