Students of St Andrew’s Methodist School can return on Monday, 13 May

Students of St Andrew’s Methodist School can return on Monday, 13 May

This story was posted 2 years ago
in Education, Youth
3 min. read 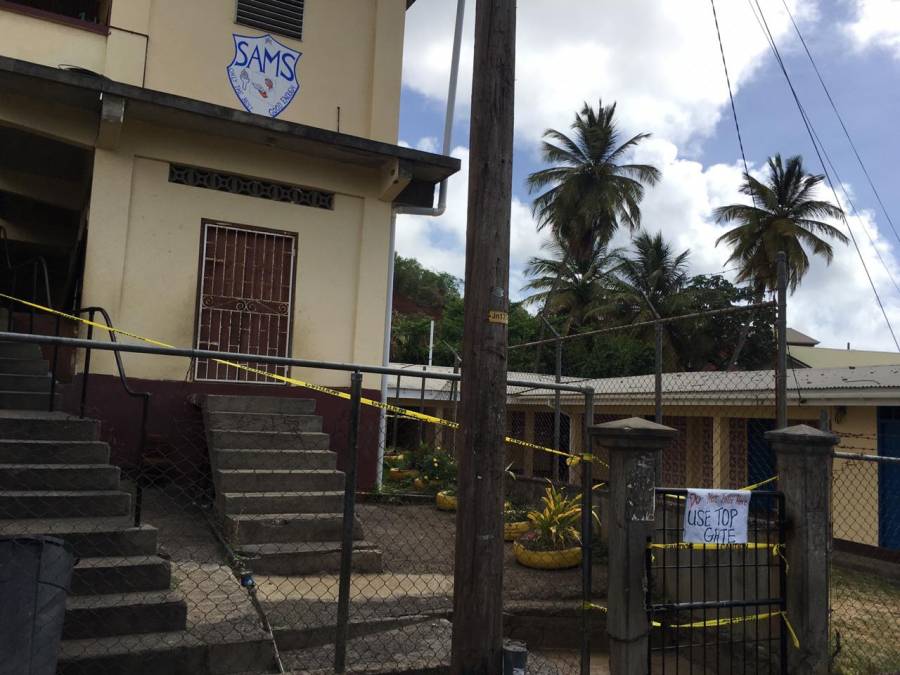 One week after giving the all-clear for the Grade 6 students of the St Andrew’s Methodist School (SAMS) to return to the classroom, the Ministry of Education has announced that the entire student population can safely return on Monday, 13 May 2019.

However, staff and students will only be able to utilise designated areas of the building deemed safe by structural engineers while other areas — especially Building 6 which houses the school feeding programme and 2 classes — will be cordoned off.

This measure was taken as a result of the collapse of a platform that supported the school’s water tank over the weekend prior to the official reopening of the school term on 29 April, following the Easter holiday.

Not only was the collapse of the platform cause for concern, but the integrity of nearly the entire school infrastructure. As a result, the student population of over 500 students was asked to remain home.

A site visit was conducted on Monday, 29 April and a report from the structural engineers was presented to the Ministry of Education on Tuesday, 7 May. This prompted the Minister of Education, Emmalin Pierre and the Permanent Secretary Ministry of Infrastructure development and implementation, Merina Jessamy, to meet with the senior management and teachers of the school including the manager of all Methodist schools in Grenada, Reverend Sylbert Prescod on Wednesday. At that meeting plans to rehabilitate the school’s infrastructure were presented for their approval.

This situation raised many questions as to why the infrastructural problems of the school were not addressed before getting to this stage and was the Ministry of Education made aware of the seriousness of the problem. In answering these questions Minister Pierre admitted the ministry was aware of the situation but could not provide an answer as to why the school was not on their priority list for emergency repairs.

She stated that several schools are down for emergency repairs under the Grenada Education Enhancement Project (GEEP), $34 million funded by the Caribbean Development Bank (CDB), but there are other schools earmarked for minor repairs with the ministry able to facilitate those minor repairs to over 30 schools last August, costing the government over $30,000.

“The ministry operates on a priority programme. This particular building for whatever reason was not on that priority list, but it is now the top priority and the ministry is moving immediately. We have already allocated the resources to do that,” said Minister Pierre.

According to the technical report, the school’s dilapidated infrastructure will be rehabilitated in 3 phases and would require the entire month for engineers to plan the scope of work to be done.

Permanent Secretary Jessamy, indicated that the first phase of the project will cost $25,000 but said she was “not in a position to give an actual cost for phases 2 and 3 but estimates that this will be over $100,000.”

She said there are contingency plans in place in case the scope of work goes beyond the Ministry of Education’s maintenance budgetary allocation of $200,000. She also indicated that the Ministry of Infrastructure Development and Implementation has already requested a list of schools which are in dire need of rehabilitation work and is expected to conduct minor repairs during the August holiday.

As work begins on SAMS’s Building 6, the school feeding programme will be relocated to the Home Economics Centre next door to the school, and between now and Sunday, work will be completed to accommodate the entire school next Monday morning. In addition, due to Building 6 being decommissioned, alternative access and exit to the school’s premises will be made available.