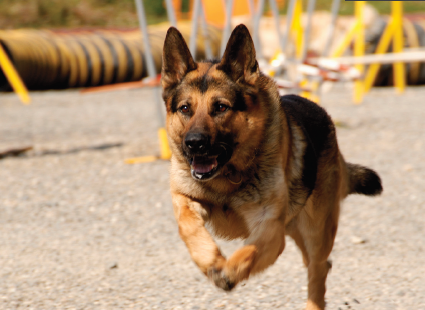 The dog donated in November 2014 to the Royal Grenada Police Force (RGPF) from the Federation of Russia has died.

Head of the Community Relations Department, Superintendent Vannie Curwen confirmed that the male dog was found dead on the weekend, and an autopsy is to be done to determine the cause of death.

The dog was attached to the Drug Squad and participated in many raids once it officially became a member of the K9-unit. It became unwell at one point and it was determined that it suffered from a heart condition.

A 2014 news release from the RGPF when it was handed over, said that the dog was handed over to the RGPF on behalf of the Russian Government by a police officer who underwent a period of extensive and specialised training in the handling of the dog in Russia.

Both officer and dog were expected to provide high results in the illegal firearm trade.

NOW Grenada is not responsible for the opinions, statements or media content presented by contributors. In case of abuse, click here to report.
Tags: dogk-9 unitlinda strakerrgpfrussiavannie curwen
Next Post