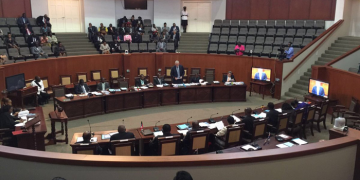 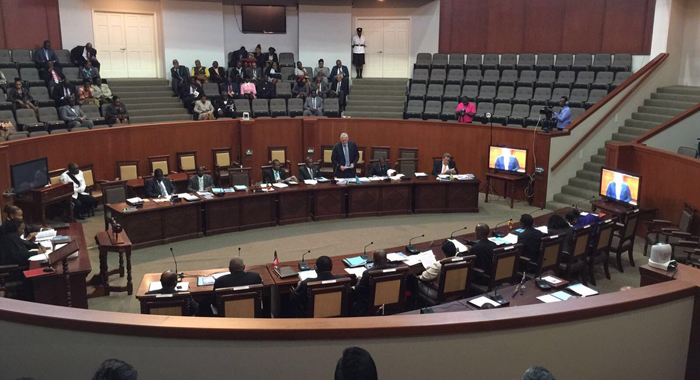 Due to the fact that Grenada has no elected Opposition in the Parliament, the country was unable to send a complete contingent to attend the 4th Sitting of the OECS Assembly which happened at the Parliament Building in St John’s, Antigua and Barbuda on Monday, 17 June 2019.

The OECS Assembly comprises 5 representatives from the Parliament of each Full Member State, and 3 from the Legislature of each Associate Member. These representatives must include the Head of Government and the Leader of the Opposition.

Members serve for 2 years from the date on which they were elected or until the next general election for the legislature which they represent. The assembly has the power to review legislation passed by the Authority and regulations made by the Council of Ministers.

The session included statements on accession to the Revised Treaty of Basseterre by Guadeloupe – the latest OECS member and on the election of Saint Vincent and the Grenadines to the United Nations Security Council.

The parliamentarians also receive updates from Member States on recovery efforts and delivery of aid pledges in aftermath of hurricane Irma.

The parliamentarians also debated a motion on climate change action in the OECS and de-risking in the region and the potential loss of correspondent banking relation.

NOW Grenada is not responsible for the opinions, statements or media content presented by contributors. In case of abuse, click here to report.
Tags: cathisha williamsclarice modestekate lewislinda strakeroecs assemblyoliver joseph
Next Post