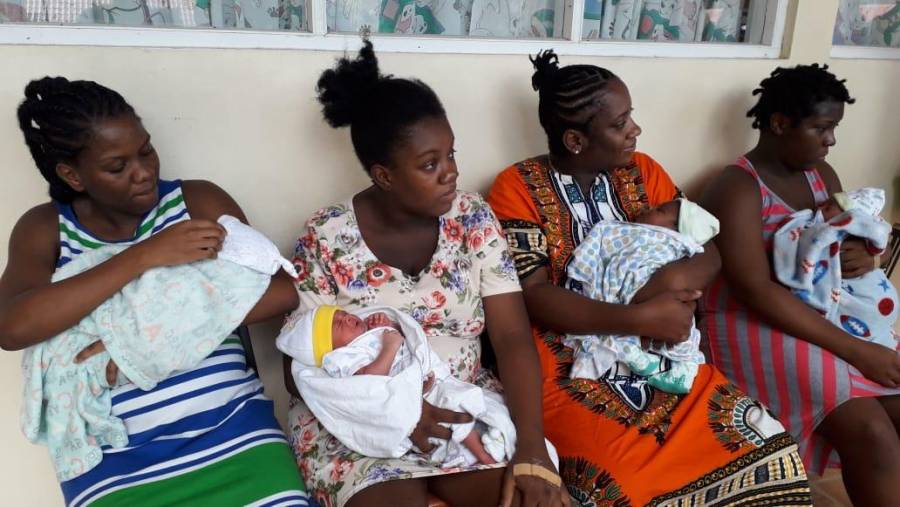 This story was posted 2 years ago
in Health, Video
5 min. read
Share

Grenada’s birthrate shows a slight increase after 8 years of steady decline. Statistics compiled in 2018 by the Central Statistical Office (CSO) showed that for the year there were 1,520 babies born (768 males and 752 females), an increase of 122 babies as compared to 2017 figure of 1,398.

2017 also saw the highest number of infant deaths of 34 over the same 8-year period, but in 2018 this figure was reduced to around 23. However, this does not change the fact that Grenada and some parts of the region are facing declining birthrates. Grenada’s fertility replacement level is below 2.1 babies per woman and, according to actuary expert and consultant Georges Langis, this means that the country’s birthrate may continue to show a further decline in the future.

Statistics from the CSO indicate that over an 8-year period Grenada’s birthrate declined from 1,709 in 2010 to 1,398 in 2017. The low birthrate coupled with the size of the labour force is among factors affecting the sustainability of the National Insurance Scheme (NIS).

Langis has just completed the 11th Actuarial review which prompted the NIS to begin consultations on the need to improve the retirement age incrementally from 60 to 65, as well as to increase the rate of contribution where both the employer and the employee will pay 1% bringing the total increase to 2%.

“We need at least 2.1 babies per women and this is not the case in Grenada; it is below this level. That means that just if we take into account, the fertility, the populations are going to decline, decline, decline forever. Now the problem is that longevity is another one there will be more and more pensioner living longer with fewer pensioners to contribute and that is a big problem. You would have to pay for these people, but because of the fertility there will be fewer people available to pay for the benefit,” said Langis.

Birth rate decline has been recorded in other regional and international countries. Langis drew a parallel between what is happening in Grenada versus what is happening in Canada which is faced with a similar dilemma to where the government has allowed for migratory increase to overtake natural increase.

“In Canada, for example, we have also the same problem, but we also have the chance to welcome many migrants to compensate for our low fertility rate and this is not the case in Grenada. So this is the main problem so of course, it is going to affect unemployment, everything is going to be affected by the fertility rate, but at the end the equation is quite simply there will be fewer contributors to pay for this huge number of pensioners, and for this reason the cost is going to increase.”

Grenada’s population stands at 111,467 according to recent estimates, but sociologist Claude Douglas, lecturer at TA Marryshow Community College (TAMCC) believes the country is underpopulated by some 40,000 people. He attributes this continued decline to a number of complex factors that has forced the family structure to change from extended, to the nuclear family in order to conform to modern societal expectations.

There are a number of factors that contribute to the decline in the number of babies being born. Some of these include:

However, he says many of these factors that contribute to the decline in fertility rate are somewhat linked to economic changes and people’s ability to financially support large families.

He stated that the cost of living in Grenada must be considered as it appears that women are more focused on attaining higher education for a chance of upward social mobility, which means fewer children, and more disposable income.

“There is this argument put forward by a number of people that those with smaller families will tend to experience upward mobility. You have fewer children to invest in. In terms of education, if you have 10 children you must have a lot of resources in order to provide for them adequately, especially in the field of education, so financial resources is really a big factor.”

Sociologist Dr Wendy Crawford-Daniel highlighted the impact of the development and acceptance of contraceptives which provide an explanation of why women have babies later in life and have fewer children. “Even more importantly, what is happening is that there is a greater focus on reproductive health, women are much more aware now of contraceptive measures. They are aware and using more contraceptives so they are postponing and planning when they are going to have children.”

While Dr Crawford-Daniel understands the direction that that society has taken, she also recognises there are complications that arise that will ultimately affect Grenada economy. “Look at our economy, the only time we see some activity is at the end of a month or end of a fortnight and the rest of that period is dead. It’s really a factor of how the small population impacts the economy and everything else and so I can understand NIS worry that the population is too small to sustain a pension for those who require pension or for when my generation is ready for a pension,” she said.

While there is a need for an increase in Grenada’s population, Douglas said this is something that cannot be legislated but only encouraged.

Speaking on the issue regarding the viability of the National Insurance Scheme (NIS) long-term, he said with the NIS force to increase the retirement age, there are downsides particularly the possibility of the increasing unemployment for the incoming labour force.

“If people are staying longer, then those who are entering the workforce basically may have to wait a little longer because this will be contingent upon governments and the private sector’s ability to provide much-needed employment. If the situation is as it is then those coming in basically will be disadvantaged big time.”