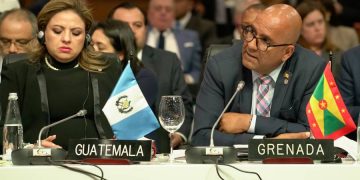 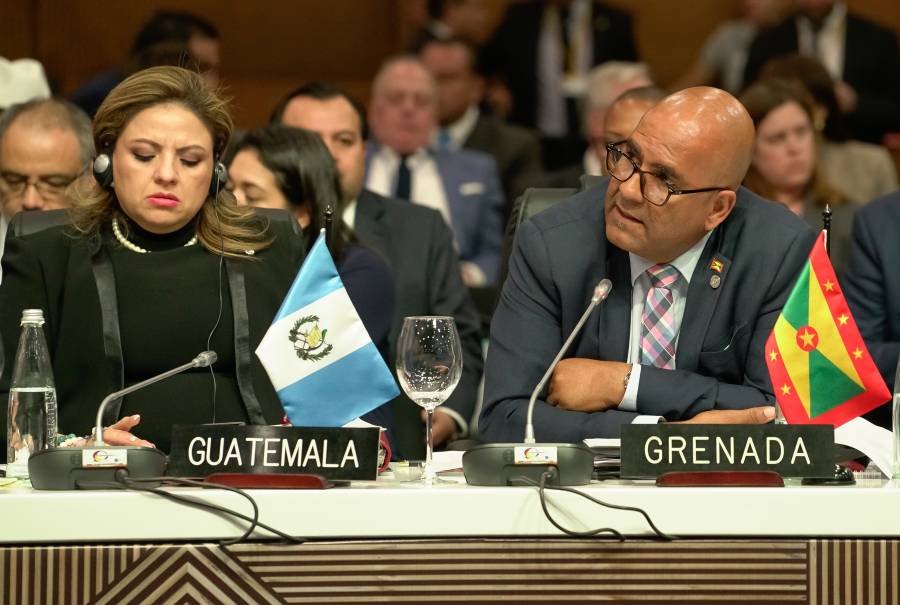 Foreign Affairs Minister, Honourable Peter David has lauded the Organisation of American States (OAS) as “a vital support base for development grounded in innovation.”

Addressing the 49th Session of the OAS General Assembly in Colombia, Minister David underscored the positive impact that collective efforts in the multilateral setting can provide in this regard, and voiced the concern that recent trends have shown that development has lagged behind in the approach towards allocation of resources by the organisation.

The Foreign Minister’s comments followed the presentation of the Report of the Council for Integral Development (CIDI) by Her Excellency Yolande Smith, Grenada’s Ambassador to the United States and Permanent Representative to the OAS. Ambassador Smith has been chairing that council on Grenada’s behalf for the past 6 months.

Grenada will also assume the Chair of the Permanent Council on 1 July.

Minister David is accompanied by Her Excellency Yolande Smith and Cyrilla Steele, Foreign Service Officer responsible for the Americas. The assembly which wrapped up in Medellin, Colombia, on Friday, was held under theme “Innovating to Strengthen Multilateralism in the Hemisphere.”

Before returning to Grenada Minister David and Steele will attend the First Caricom-Colombia Ministerial Summit in Cartegena where general relations will be discussed, and the status of trade and economic relations reviewed with the intention of expansion.

NOW Grenada is not responsible for the opinions, statements or media content presented by contributors. In case of abuse, click here to report.
Tags: council for integral developmentcyrilla steeleforeign affairsgisoasorganisation of american statespeter davidyolande smith
Next Post