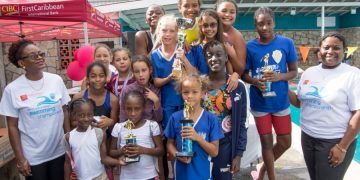 This story was posted 3 years ago
in PRESS RELEASE, Watersports
2 min. read 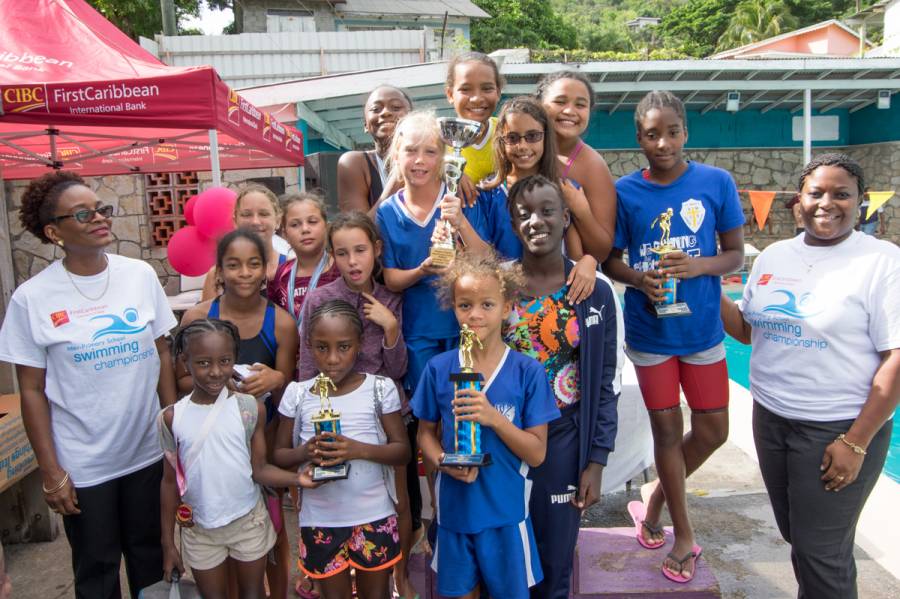 The event, which has been the springboard for many participants to the CARIFTA games and may one day lead a Grenadian to the Olympic pool, took place over 2 action-packed days, with 44 separate events. In the end, Westmoreland Junior School received the prize for Female Winning School with a total of 243 points and First Choice Junior School emerged Male Winning School with 203 points.

In the individual results, Kamili Phillip took the Alpha Junior School to the number one spot for the 11th consecutive year. Sabastien Plantegenest of Westmoreland Junior School took second place while Jemar Patrick of First Choice Junior School was third.

Speaking at the opening of the swim meet, Esther Isaac, Senior Administrative Officer, in the Ministry of Youth, Sports, Culture & the Arts, praised the GASA and corporate sponsor CIBC FirstCaribbean for their commitment to annual event and the overall development of swimming in Grenada.

“Without the support of CIBC FirstCaribbean International Bank, we would not have seen the expansion in the competition which has become more and more apparent over the last ten years,” Isaac said.

She noted that the ministry was “committed to the development of sports in the tri-island state and looks forward to swimming being introduced into more and more school curricula. The hard work of groups such as GASA has enabled swimmers from this very competition to reach the regional and world sporting stage. You, young people are the future of Grenada, but, most importantly today, have fun!” she concluded.

CIBC FirstCaribbean’s Country Head in Grenada Nigel Ollivierre praised the organisers of the event noting that “organisation and planning for this swim meet have improved dramatically over the years, this has been pivotal in accommodating the increased numbers and the continued smooth running of the competition. The ability to share the event with the country and all interested observers via live stream for the first time in 2019, is also a significant milestone,” he stated.

At the event the 29 schools in the Government Schools Programme, were also reminded to submit their ‘Identify a School Project’ for consideration under the bank’s ‘Adopt a Cause’ Programme, another avenue through which the bank offers various means of support within the local community. The bank was also presented with a Distinguished Service Award from the ministry and GASA for their continued support as title sponsor of the event.

NOW Grenada is not responsible for the opinions, statements or media content presented by contributors. In case of abuse, click here to report.
Tags: cibc firstcaribbeangrenada amateur swimming associationswimming
Next Post