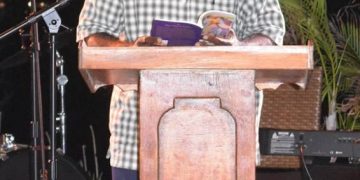 This story was posted 3 years ago
in Arts/Culture/Entertainment, Business, PRESS RELEASE
2 min. read 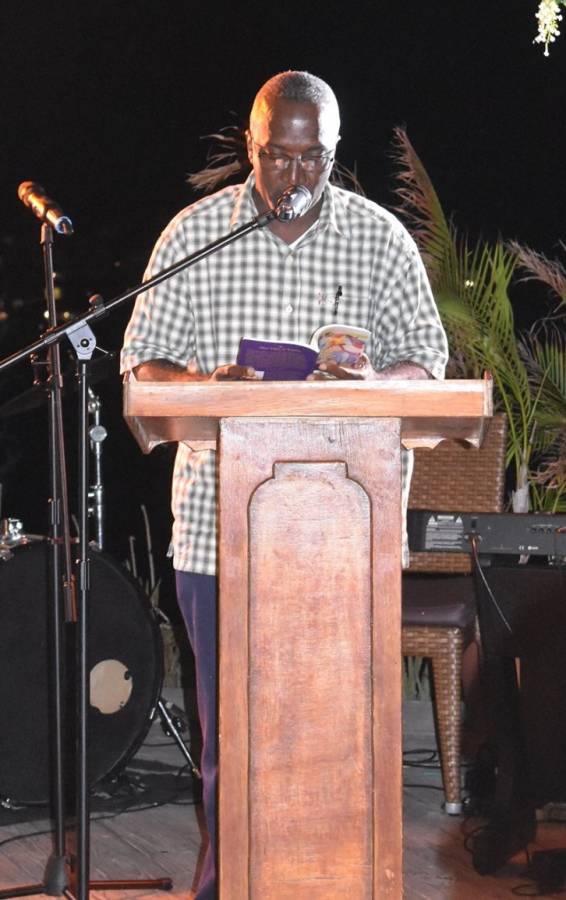 Two Grenadian authors were among dozens of writers from all over the world who converged on St Martin for the 17th Annual St Martin Book Fair from 6-8 June.

Dr Wendy Crawford-Daniel (SGU) and David Ambrose (TAMCC) joined their counterparts from across the region and beyond for 3 days of discussions, presentations, recitals, book launches and other literary activities. The pair was invited by Book Fair founder and co-ordinator, Shujah Reiph, who had visited Grenada earlier this year. Apart from checking in from Grenada and the host island, authors came from St Vincent, Jamaica, Barbados, Antigua, Guadeloupe, Martinique, St Thomas, the United States, Nigeria and Italy.

The Grenadians participated in activities such as visiting schools, making radio appearances, sitting on discussion panels, reading excerpts from their work, and signing books for fans. Dr Crawford-Daniel showcased her books, Unveiling Island Passion and Son Rising; while Ambrose carried his works, White Spice and That Time in Bogles – A Carriacou Tale. Ambrose also brought Kissandra Smith’s The Rebellion of Mary Magdalene; and 3 titles by Ronald M Antoine including Pride.

“It was so amazing to socialise and discuss issues with prominent authors such as Jamaica’s Kei Miller who won the 2017 Bocas prize for Caribbean Literature; Chika Unigwe, the 2004 Commonwealth Short Story winner; and Peter Bailey, the award-winning author and journalist from the USVI; and all the other distinguished authors,” Ambrose remarked. “Each writer at the event was celebrated. It makes me feel like Grenadian authors can also be among the most influential writers in the region.”

Dr Crawford-Daniel expressed how pleased she was to see children and young people across the island play a major role in the book fair. “I particularly liked the inclusion of the schools at all levels from elementary to university and the amazing workshops with children, including [Heddrick] Mc Bride’s practical workshop in which he had children of all ages developing business plans.”

The theme of this year’s St Martin’s Book Fair was “New Ground” and for the participating Grenadians it was indeed new ground as this was the first time they had participated in a book event of such magnitude.

A main objective of the Grenadians’ visit to the book fair was to observe the activities that take place in such an event so that in the future Grenada can have its own book fair for resident Grenadian authors and those in the diaspora. By the time a Grenada Book Fair becomes a reality, published authors in the country will have officially formed themselves into a body to look after their interests.

Both authors hope to attend next year’s event, bringing along other Grenadian authors to experience the vibrant and powerful literary atmosphere that enveloped the entire 32 square mile island over the 3 days.

NOW Grenada is not responsible for the opinions, statements or media content presented by contributors. In case of abuse, click here to report.
Tags: david ambrosest martin book fairwendy crawford-daniel
Next Post

Help on the way to identify struggling students