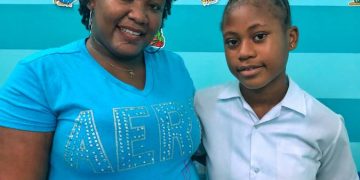 This story was posted 3 years ago
in Education, Youth
5 min. read 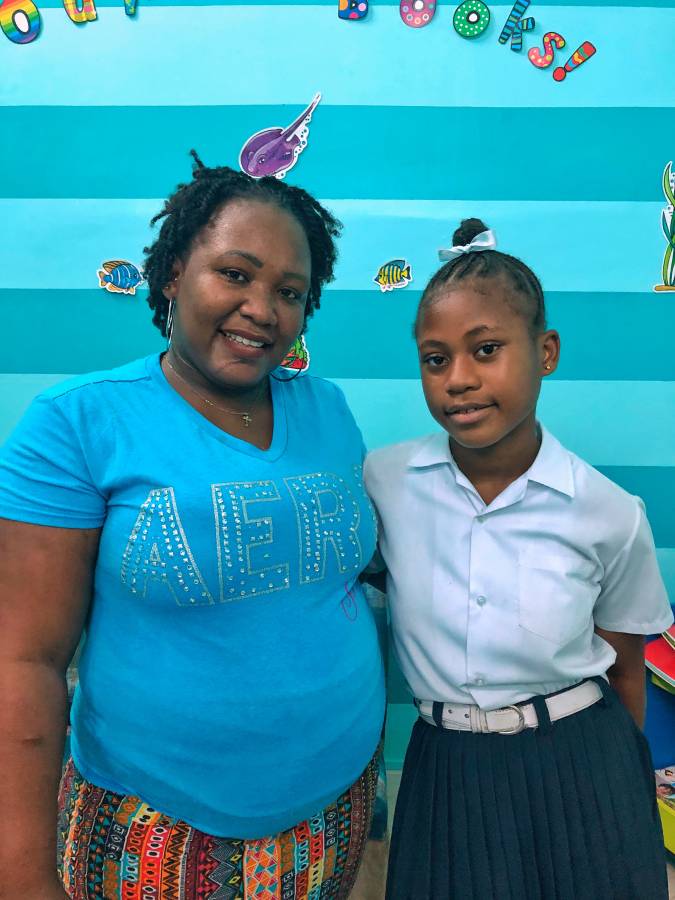 Described as a shy but self-motivated individual and an avid reader, Kimaya Richards’ success at the Caribbean Primary Exit Assessment (CPEA) came as no surprise to her mother, Pamela Richards.

The Vendome RC School student topped the CPEA, amassing 490 points out of a maximum possible score of 500. The highly anticipated results, released on Monday showed that she was among the 16 successful students at the school which received 100% passes.

The 11-year-old who resides in La Mode, St George stated that she is quite excited although being quite reserved while being interviewed by journalists at the school. “I feel very proud and glad, I did a lot of studies and practice. I preferred mathematics and science, and the exam was very challenging,” she said.

Richards’ mother could not contain her excitement. She was ecstatic that her daughter’s hard work and dedication paid off, stating that her daughter’s excellent performance came as no surprise as prior to the exams, she witnessed her daughter display a level of maturity when it came to her school work, that is sometimes rare in students her age.

Richards was able to duplicate the success achieved in 2015 when the island had 2 students — Daryl Streete of Beacon Junior School and Leoneal Rennie of the St. Andrews’s RC School — who tied for the top spot, each amassing a score of 490.

“I wasn’t surprised because she always had it; from Pre-Primary actually she was awarded the most outstanding so I knew she would have done well. She was always a reader, she will read books in probably an hour,” said Richards’ mother. “For most of her studies, she never actually needed my help, I just had to ensure that she did her studies … and I am grateful for her teachers, especially Ms Linck. She helped her a lot and everybody else who helped, I am very appreciative.”

Dale Joseph Lessey, Vice Principal of Vendome RC stated that the school managed to not only secure the top spot, but also have 100% passes in the CPEA, by first reviewing the weak areas observed from last year’s performance which was used as a guide to prepare the students in advance.

“Besides the CPEA we also did well in the MCT’s — the Minimum Competency Test — but one thing I should really mention is that as a staff, we come together and we look at the results and see where our children and the weaknesses of a particular year. So far this year we would have looked at the weaknesses of last year and we put measures in place to see if we can overcome these weaknesses.”

Richards’ grade 6 Teacher Shamain Linck said in preparation for the exams, she made sure that her students had a firm grasp of the Civic (Social Studies) component of the exams which was believed to be the most challenging for her students.

“Based on the previous year the students were saying that the Civics (Social Studies) was a little difficult. So I knew I had to go deep into the civics, so there were times I was wondering where should I stop, but I just went all the way because I did not know what to expect.”

Kimaya Richards will advance to secondary level in September and she will be attending St Joseph Convent St George’s (SJCSG).

NOW Grenada interviewed 11-year-old Joseph De Souza who already has plans to pursue a career as an engineer, as he prepares to attend Westmorland Secondary School.

“I feel really happy,” De Souza said. “I always wanted to get a high position in the exams. I practice my work and I went in my books to see if there is anything I missed, and try to follow up on things that I am not so strong on, but the exam was easy. It wasn’t too challenging for me.”

Supervisor of the Westmorland Junior School Mariza K James said De Souza along with the entire batch of 27 students who sat the exam, were able to attain passes with 23 students attaining 85% and above. “I am always happy when my children are successful. We always strive to get at least all of the students with averages of 75% and above, and we are quite happy because 23 of the 27 are top performers, meaning that they had averages of 85% and above. I would like to commend the teachers, parents and also the students on a job well done,” James said.

James said she admired that young De Souza was able to find the perfect balance between his school work and his extracurricular activities. “He was a child that was a part of prep sports. He is into swimming, he does his football, but at the end of the school day he will make sure that he gets his schoolwork complete and then he would be seen in the yard playing football; which for me is a plus because there must be a balance,” she said.

The summary report on candidates’ performance in the 2019 CPEA showed that 1,949 students (1,011 males and 938 females) were registered for the assessment. However, 1,931 students wrote the external component of the assessment, while 1,946 students participated in the internal aspect.

The report stated that 1,799 were assigned to secondary schools throughout Grenada, Carriacou and Petite Martinique: 902 males and 897 females. 41 females and 109 males have been retained at primary school. These students will have another opportunity to write the Assessment in 2020 if eligible, or the National School Leaving Examination.