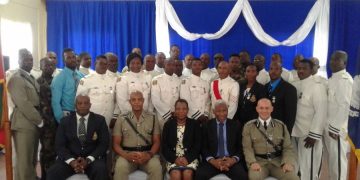 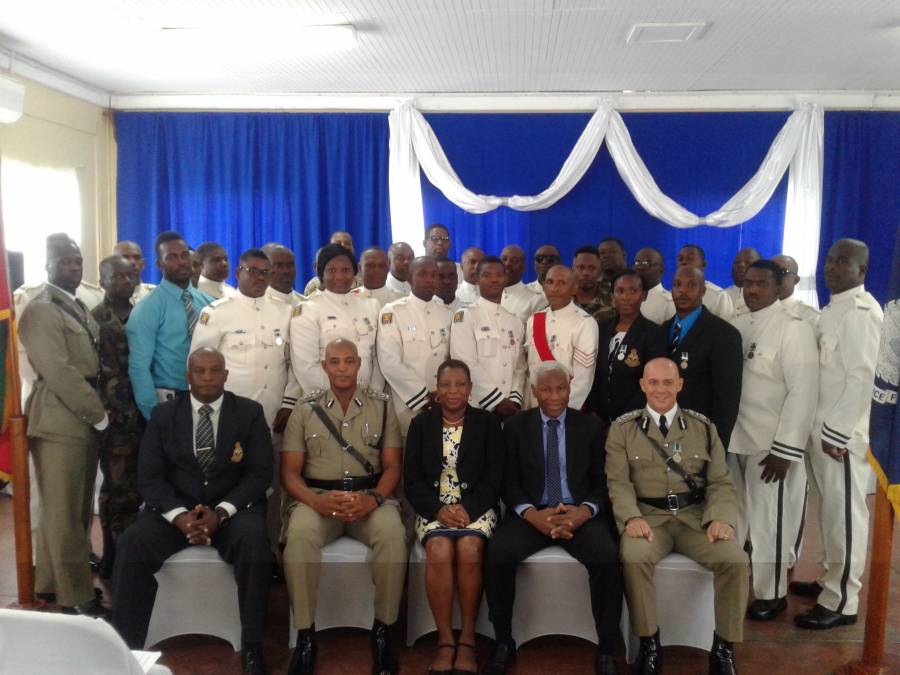 Acting Prime Minister, Honourable Gregory Bowen on Friday presented Regional Security System (RSS) medals to officers who were deployed to Dominica in the aftermath of Hurricane Maria in 2017.

The 67 officers were deployed as part of the RRS mission which rendered humanitarian and security assistance to the people of Dominica after Hurricane Maria ravaged the island in 2017. Their duties included the distribution of relief supplies, provision of security, enforcement of the curfew and assisting with the reconstruction of buildings.

Minister Bowen commended the honorees for upholding the noble mission of the RSS and for serving selflessly. He said, “You clearly demonstrated that we are in fact our brother’s keeper. Back in 2004, the situation was reversed when we needed the support of our regional colleagues after Hurricane Ivan decimated our country.”

Minister Bowen noted that there are elements in society who take advantage of the vulnerable even in times of disaster. He said, “It therefore requires, more often than not, deployment of specially trained personnel to assist in re-establishing order and stability to facilitate relief and recovery efforts. It is within this context that Grenada’s contribution through the RGPF, as part of the RSS, proved to be of tremendous value.”

Acting Commissioner of Police, Edvin Martin was one of those honoured at Friday’s ceremony. Speaking on behalf of all honourees, Martin said service is not rendered in anticipation of recognition or reward. “However, when your service is recognised and rewarded, as is done today, it adds another dimension to one’s sense of purpose and accomplishment, and gives the assurance that your sacrifice was indeed worthwhile.”

Martin who served as the commander of the RSS contingent, also commended the officers. “I observed with admiration, the professionalism with which the officers in each rotation seamlessly gelled with the RSS company and merged with officers and soldiers from other countries, in pursuit of a common mission. The depth of our training and military skills manifested itself in the automatic transformation of attitudes and adaptation to a very challenging environment.”

One of the medals presented Friday was given posthumously to Ashton Calliste, who died during a training exercise last year. The medal was received by his brother Akinson Calliste.

NOW Grenada is not responsible for the opinions, statements or media content presented by contributors. In case of abuse, click here to report.
Tags: awarddominicahurricane mariapoliceregional security system
Next Post

Caribbean Chronicles: Son of freed slave versus the Brits in Grenada