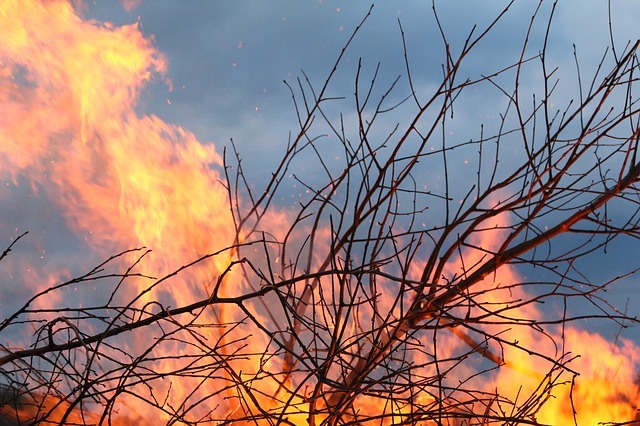 This story was posted 3 years ago
in Agriculture/Fisheries, Environment, Notice
2 min. read

Due to the risk associated with burning, the Ministry of Agriculture and Lands, together with the Fire Department of the Royal Grenada Police Force (RGPF) reminds the public of the need for them to obtain a licence when seeking to burn for agricultural purposes.

In specific relation to the act of burning, these 2 government entities are operating according to the Agricultural Fires Act of 1951, which states that “any person, who before commencing the setting of fires on land, shall apply in writing or appear in person to an authorised officer of the Ministry of Agriculture.”

Under the Act, Chief Extension Officer within the Ministry, Randolph Shears, has the authority to grant or deny the issuance of the licence.

Shears said the applicant must give good reasons for applying for that licence. “We in the ministry, we advise that burning should be the last option, because there are some materials that farmers can use for composting, which you know in composting the materials can be used as manure, as well as, there are some materials that can be left in the field to rot,” he said. “If the cut materials are very difficult to compost or be left in an area to rot, then we at the ministry consider issuing a licence for burning.”

If the licence is refused, Shears said the farmer will be given advice as to what can be done to the material, and at the same time, explained the terms and conditions that the farmer must adhere to, once the licence is granted.

“Firstly, the fire be set in small heaps, which can be managed. Secondly, that there is a reasonable area cleared between the heaps and existing crops and neighbours’ lands to prevent spreading of the fire. Thirdly, a supply of water must be available during the entire operations, and fourthly, the fire service of the Royal Grenada Police Force should be notified before the setting of any fire,” he said.

Officer attached to Fire Department of the Royal Grenada Police Force (RGPF), Sergeant Adrian Panchoo, explained the penalty for burning without the issuance of a licence.

“If someone goes ahead and burn on agricultural lands without obtaining a licence or without applying for a licence the penalty is $500 or 3 months in prison. The law speaks to a person who would have applied not getting any answer response to the application within 10 days, it says that the person can go ahead and burn. However, if the fire gets out of control, they can be charged for any damages that can be caused to other persons’ property,” he said.

The licence, which will come at no cost to the applicant, will be granted for a stipulated amount of time.

NOW Grenada is not responsible for the opinions, statements or media content presented by contributors. In case of abuse, click here to report.
Tags: agriculturefire departmentlicenceministry of agricultureroyal grenada police force
Next Post

Minding Your Legal Affairs XXI: Property division after a divorce