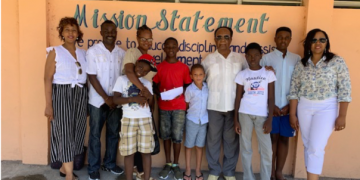 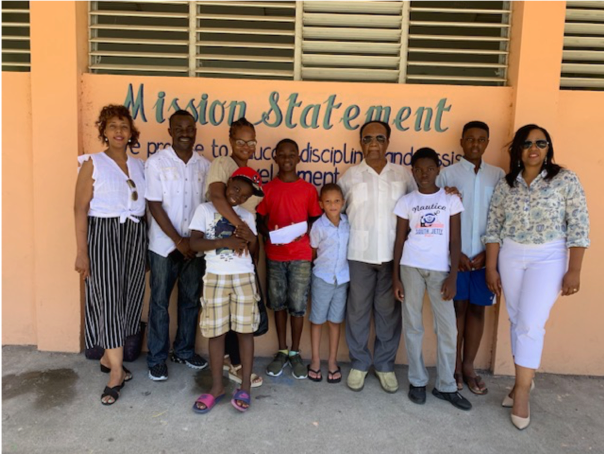 The first Norris Mitchell full scholarship award in the sum of EC$2,000 per student per annum to his alma mater, the St John’s RC School, now the St Peter’s RC School, was provided from 2000-2005 to 3 successful Common Entrance students whose parents found it difficult to meet the cost of providing a secondary education for their children.

Chad Knight, a former student of the Presentation Brothers College, has since graduated from university and is practicing as a professional mechanical engineer in the USA. The other two, Abigail Williams and Dwayne Purcell are gainfully employed in Grenada.

The second award 2014 -2019, was provided to 2 students who were successful in the Caribbean Primary Exit Assessment (CPEA) exam, which was held for the first time in May 2014. At the receipt of their examination results in June of that year and at the conclusion of the school selection process, the 2 successful students who have been assisted in attending secondary schools of their choice with a 5-year full scholarship at EC$1500 per student per annum were: 11-year-old Kazim Dottin to the St Rose Modern Secondary, and 12-year-old Chelsea Greasley to the St Joseph Convent, St George’s.

Five years later, in 2019 both students have graduated and are now awaiting their CXC results which should be announced in August of this year.

The third batch of 2 new students who have been awarded full scholarship for the duration of their 5-year secondary school period (2019-2024) at EC$1,500 per student per annum, the opportunity is taken to wish them both a successful and rewarding secondary educational journey, which hopefully would form the template for a fulfilling future career. 11-year-old Joshua Mitchell will be attending the St Rose Modern Secondary School and 11-year-old Ian George will be heading to the Presentation Brothers College.

Norris Mitchell has been the principal of the firm Norris Mitchell Associates (NMA), Chartered Architect and Urban Planner, and is the author of 2 recent publications: “Dynamics of Urban St George” and his memoir – “In the Shadow of the Palace – the making of an Architect”. Mitchell is also the founder and Immediate Past President (1994-2012) of The Willie Redhead Foundation, a non-governmental organisation (NGO) for the conservation and renewal of the national heritage of Grenada.

NOW Grenada is not responsible for the opinions, statements or media content presented by contributors. In case of abuse, click here to report.
Tags: heritagenorris mitchellscholarshipthe willie redhead foundation
Next Post

SSVP: Remember the needs of the vulnerable during the festive season