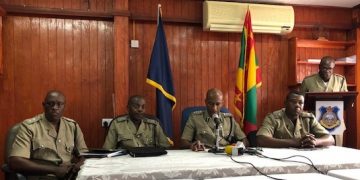 This story was posted 3 years ago
in Arts/Culture/Entertainment, Law, PRESS RELEASE
2 min. read 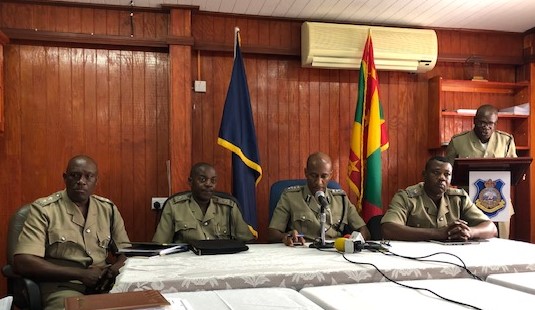 Persons who have failed to pay fines to the court after pleading or been found guilty for an offence, are being targeted under the Royal Grenada Police Force (RGPF) Carnival Operations for 2019 which officially commenced on 1 July and will conclude mid-August.

“The operation includes a number of events like for example, we have the execution of commitment warrants, collection of fines. You are also going to see zero tolerance for offensive weapons. You are also going to see activities relating to drug operations, fixed penalty tickets and overall sensitisation of the general public on safety and security, from fire to drinking as part of road safety,” said Assistant Commissioner of Police Jessmon Prince, Head of the Administrative Department.

“The objective of this plan is to create and sustain an enabling environment that gives our citizens and visitors an ensuring sense of safety and security during the carnival period,” said Prince. He explained during a news briefing with the media on Monday that among the anti-crime strategies for the period will be educational tips on general safety and security.

Surrounded by heads of departments and divisions, Prince said, “We are going to be applying varying security initiatives.” Referring to the initiatives to be undertaken by the Traffic Department, he said, “For traffic management in the town and at each and every major event, we also going to be doing some heightened law enforcement at the community level and in and around the town and all other mass crowd events.”

The department which during the first quarter of 2019 had traffic wardens assigned to it will also be engaging in more speed checking and hoping to commence implementation of road traffic legislation which provides for police to perform breathalyser test on driving.

As of 6 August until carnival concludes, holidays and days off will be not be allowed because all the human resource will be engaged as part of security measures.

NOW Grenada is not responsible for the opinions, statements or media content presented by contributors. In case of abuse, click here to report.
Tags: carnivaljessmon princelinda strakerpolicetraffic
Next Post