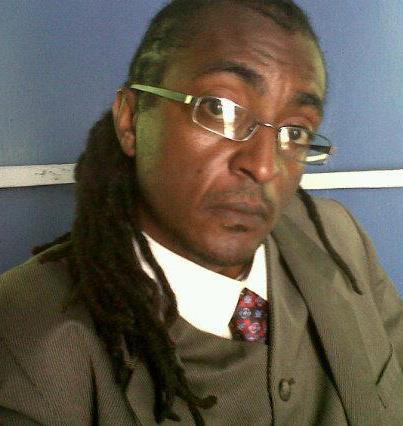 Two weeks after his name was pointed out as one of the persons whose telephone bill is being paid for by taxpayers, Sheldon Scott, former Parliamentary Secretary in the Ministry of Youth and Sports, has confirmed that he was using the phone, and will be repaying the thousands associated with the account.

Scott’s appointment as Parliamentary Secretary was revoked in June 2016. He is presently one of the hosts of a New National Party talkshow. At the conclusion of his show on Monday, Scott informed his listeners that he had written to the Permanent Secretary in the Ministry of Finance telling her that he has accepted full liability and responsibility for the account which was assigned to him in May 2013.

Scott read out the letter which he said was sent to Patricia Clarke, the current Permanent Secretary in the Ministry of Finance. “I write to you regarding the matter of mobile account 1 473 534 5113 currently in the name of the Government of Grenada. I acknowledge this number assigned to me in May 2013 in my capacity as Parliamentary Secretary in the Ministry of Youth and Sports and has been in my possession up to the end of my parliamentary stint up to the end of June 2016.”

“Said number remained in my possession after June 2016 and as such, I accept full liability and responsibility for all charges incurred on said account Digicel number 1 473 534 5113 from July 2016 to the present date,” he continued without stating the date of the letter.

In the concluding paragraph, he said, “Please note that I have discontinued the use of this number and I trust between myself and your ministry an amicable formula for the repayment and or payment of any sums paid on owed on said account can be reached within a reasonable timeframe.”

The number used by Scott according to a leaked document shows that for the months of April to June 2019 he incurred almost EC$70,000 in charges. “Any money that is owed on said account will be repaid by me,” he told the audience. He reminded them that there was never any occasion since the scandal broke, in which he did not take ownership of the account.

“There is not any occasion where I have said that I don’t take responsibility,” he said, informing the listeners that both his children and family are being harassed by persons since the scandal. He promised to use the law to stop the attacks if need be.

Last week Tuesday, Press Secretary Philomena Robertson said that all money incurred by those who are using phones in the name of the government will have to repay the money.

Trade Minister Oliver Joseph had said that the problem of former public officers continuing to use government assigned phones is a systematic failure and Prime Minister Dr Keith Mitchell said he was embarrassed by the development.

NOW Grenada is not responsible for the opinions, statements or media content presented by contributors. In case of abuse, click here to report.
Tags: cellphonelinda strakerpublic officersheldon scott
Next Post