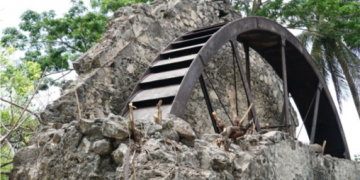 Waterwheels, windmills and aqueducts of Grenada and Carriacou

Waterwheels, windmills and aqueducts of Grenada and Carriacou 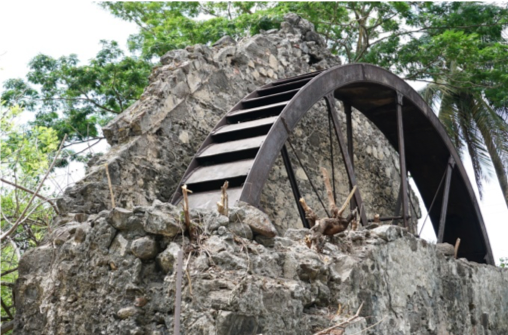 The second event in commemoration of the Silver Anniversary (1994-2019) of the Willie Redhead Foundation (tWRF), was held at the museum on Young Street on Thursday, 27 June 2019.

The event began at 5 pm with President Samuel “Tim” Byam doing the invocation followed by 13-year-old panist Mkendu De Gale playing the National Anthem to an energetic audience, who later interacted with the speakers in the quest for more in depth information on the Waterwheels, Windmills and Aqueducts of Grenada and Carriacou.

The brainchild of the project was our Vice President James Finlay who spearheaded its implementation and successful presentation, and was ably assisted by Retired Captain Arthur Bain of Westerhall Estate. Other contributors to the success of the video were John Branch of Dougaldston Estate, Auther Neckles of Beausejour Estate, Jose Rocafort of Mt Alexander and Shadel Nyack of Belmont Estate, both from St Patrick.

tWRF will also like to recognise others who made presentation at the launch in the person of Angus Martin who represented the Carriacou Historical Society and spoke on the Windmills of Carriacou and Simon Green of River Antoine Estate. This latter presentation was the highlight of the evening as Green brought us back to a bygone age when ‘Sugar was King’ and the part our ancestors played in the survival of a technology which is now over 200 years old – and is the only functioning waterwheel factory in the Western Hemisphere – no longer producing sugar, but the famous “Rivers” rum in the year 2019.

Not to be outdone, the evening’s programme included a cultural presentation by the Veni Vwar La Grenade dance company under the direction of David Thomas who gave the gathering a taste of the Carriacou Nation Dance which came to the sister isle about 300 years ago by the Temney Nation of Sierra Leone, West Africa, which today is still alive in that country.

To close the evening’s proceedings, invitees were permitted to question the contributors for further clarification and information.

The production of the video by Brainstorm Caribbean was about 2 years in the making, and kudos must be accorded (to) the company for their patience and competence in putting the material together for public viewing, which will become a permanent historic document of the technology of the 18th, 19th and 20th centuries when ‘Sugar was King’ and to record “the part” Grenada played during slavery towards amassing the enormous wealth of Britain and France – albeit the then global economy. (Echoes of reparation).

The Vote of Thanks was given by tWRF’s Cultural Director, Gloria Payne-Banfield OBE, while the host for the evening’s proceedings was ably conducted by Jacqueline Lorice Pascall tWRF’s Public Relations Officer (PRO), who was responsible in getting some of the St Joseph’s Convent Girl Guides to meet and greet our invitees.

NOW Grenada is not responsible for the opinions, statements or media content presented by contributors. In case of abuse, click here to report.
Tags: aqueductscarriacou historical societymuseumwaterhweelswillie redhead foundationwindmills
Next Post 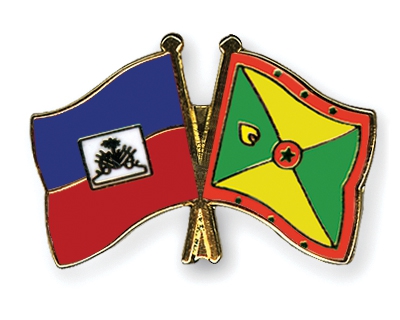