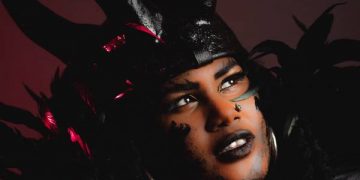 Being a female Soca artiste in a male-dominated industry

Being a female Soca artiste in a male-dominated industry

This story was posted 2 years ago
in Arts/Culture/Entertainment, Business, Video
4 min. read
Share

Although the Soca industry in Grenada is all-inclusive and allows for an artiste regardless of gender to contribute to this infectious rhythm, one female artiste believes that women in Soca are not been given the same amount of attention and airplay as their male counterparts.

Women have undauntedly helped shape the industry but it is clear that this genre is still a male-dominated industry despite the emergence of female artistes who have carved their paths over the years. After being in the industry for over 22 years, Nickieah Whint “Fluffy D Jab Empress” has faced many obstacles which her male counterparts have not.

Evidence to support that the local industry is dominated by men can be seen in the 2019 line-up for both the Groovy and Power Soca monarch. The only female soca artiste scheduled to compete this year in Groovy monarch is Valene Nedd. There is no female artiste for Power Soca monarch.

Fluffy D Jab Empress is among a list female soca artistes, including Sugar J, Valene Nedd, Laura Lisa, Wassy K, and Nikoyan Bain just to name a few, who have blazed the soca trail. That their music is not given sufficient airplay on popular radio stations is a major issue for D Jab Empress.

“To go to events and you only hear they mix 3 songs and you know that you are on the same Riddim as a female and you don’t hear your song, it feels bad. Sometimes you have to question whether are you good enough and I see for myself that female artistes that [have] been working for years, just stop, because they don’t even want to sing anymore because it is discouraging,” said Whint.

Whint’s passion for music was sparked at age 5, through her grandmother who instilled a sense of culture. She performed for the first time Beaulieu RC School’s harvest and later would continue polishing her skills for dubbing and making beats by drumming on the table at her alma mater, the Anglican High School.

Whint was quite vocal about the issue facing all-female artistes who work just as hard as the men to produce high-quality work with the same professional producers. “It’s hard. You are spending money to put out a good product and we are not getting much of the show. We are not getting many promotions in the clubs with the DJs and that doesn’t help because it becomes like you do something and it’s there and it is not reaching people so there is no value to it. That’s how we would end up feeling, that’s why a lot of female artistes stop singing,” she said.

She indicated that this is more of a passion to help push Grenada’s culture forward. She said her brand as the “D Jab Empress” is being used as a symbol for women empowerment and upliftment and she hopes other females continue to push the boundaries.

“We all are pushing the culture. Everybody’s purpose for doing something is different. For me, I always tell people I love music, been doing it for 22 years and I am not a Grammy award-winning artist or anything like that. People question me like why do you keep doing it; even in Grenada you are not really making much money and you keep fighting up behind this thing, there must be a reason I am doing it, because I am in it for the love of it.”

Whint also spoke out about the lack of promotion at the major shows. “There are less female artistes than males and we are all struggling. It even reaches to the point where it’s being questioned in other countries if Grenada has female artistes and why is that because of the flyers – they don’t put the females. You might see a female at the show when you get there, you might see a female at the show performing, but then we are not being advertised. So that has a big part to play it as well because if you are not being advertised how would people know that they can get your material there or they can go hear you at this spot or support you?”

Over the years, Whint has garnered attention from several songs produced for Spicemas 2018 including “Jack Iron” produced on 9Ether riddim and “Oil on me.” This led her to receive an award for female Soca artiste of the year.

For the 2019 Spicemas season Whint has released several tracks including her self-titled “D Jab Empress” on ULE riddim, “Come to play Jab” on Tar baby riddim and “The Cocoa” on the One inna million riddim. She is currently working on a project to be released next year with two female soca artistes Wassy K and LuLu.