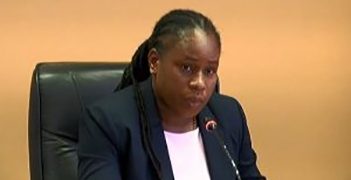 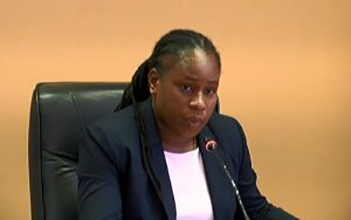 Two former presidents of the Media Workers Association of Grenada (MWAG) have described Press Secretary Philomena Robertson’s recent statement on professionalism and respect in the workplace to reporters, as one that “flies in the face of press freedom and the public’s rights to know.”

Days after journalist Calistra Farrier asked Prime Minister Dr Keith Mitchell to clarify his marital status, after he disclosed during a post-cabinet briefing that he visited his sick wife, Robertson scolded reporters about the need to show respect and act professionally in the workplace.

“Specifically, as it relates to these press briefings, we must also demonstrate respect for the audience, the viewing and listening public,” said Robertson, in a statement read out to reporters before the start of a recent post-cabinet news conference. “There have been instances in recent times when it appeared that the professional nature of the weekly press briefing is a challenge and where disrespect is evident.”

A visibly annoyed Prime Minister responded to the question by discouraging the reporter from raising issues regarding his personal life.

“We are all servants of the people and in executing our respective duties we should remember this and put personal issues aside,” Robertson said in her statement. “This is simply not the time nor the place. From henceforth, I would expect that we would conduct ourselves in a professional, and respectful and courteous manner at all times during our weekly post-cabinet press briefings,” she said.

Kern Mason, who was not re-elected to the president’s position earlier this year, said that it was quite unfortunate to hear the comments made in regard to journalists at that press briefing, given that fact that the press secretary was a former journalist.

“If the media cannot challenge or question authority then it makes their work void, therefore invitations should not be sent to the media to cover the weekly cabinet press briefings. In most cases, this setting is when the journalists may get an opportunity to even ask a question to any said minister regarding any matter which may arise from time to time,” he said.

“Whenever there is a matter in the public domain which affects us all, the media has a right to ask questions no matter how ticklish the issue or subject may be, in order to get answers for its audience. Good journalism will last long after ministers and leaders,” he added.

“The comments appear to be a way of preventing journalists from asking questions in the public interest under the guise of disrespecting ministers. There has been no complaint before about disrespecting ministers and the truth is that really does not happen. The comments are unfortunate and fly in the face of press freedom and the public’s rights to know,” said former MWAG President Rawle Titus.

“It is also unfortunate that the Media Workers Association appears to be asleep on this issue and not remind the authorities of their commitment to press freedom and the public’s right to know. I am absolutely certain if Leslie Pierre was alive today, he would not have agreed with this type of behaviour to the media and he would definitely have made a phone call,” Titus said via text message.

When asked to comment on the ongoing saga, former president Michael Bascombe said that he was not updated on the issue, but used the opportunity to express his concern about the overall functioning of the association. “Unfortunately, the media association in Grenada is no longer engaging or influencing. It lacks militancy, vigilance, and overall leadership, and therefore anything goes. I won’t be surprised of any eventuality,” he said.

MWAG, whose current president is Shere-Ann Noel is yet to publicly comment on the issue, but on Tuesday, 27 August, Delroy Lousion who is the 1st Vice-President promised that a statement will be issued on the matter in the coming days.

NOW Grenada is not responsible for the opinions, statements or media content presented by contributors. In case of abuse, click here to report.
Tags: calistra farrierdelroy lousionjournalistlinda strakermediamedia workers association of grenadamwagshere-ann noel
Next Post