Nickolas Steele, Minister Responsible for Social Security, has disclosed that the 2% increase in National Insurance Scheme (NIS) contributions which was announced to commence from September 2019, will now start in 2020.

“It will now commence as of January 2020 because of adjustment that has to be made to government budget and all other employers,” said Steele.

The 2% increase requires an amendment to the National Insurance Law by both Houses of Parliament and during the last sitting of both houses such amendment was not included in the Order Paper.

Parliament is expected to prorogue shortly, and the amendment will be done during the new session of Parliament.

On Tuesday, 23 July, Oliver Joseph, Minister for Trade, Industry, Cooperatives and Caricom Affairs, announced that the cabinet had approved the recommendation from the scheme’s board following months of intense consultations with a wide cross-section of the public.

He said the Board of the National Insurance Scheme recommendation is to increase the contribution rate from 9% to 11%. “This is to be shared equally between employees and employers. The employer will be 1% additional and the employee 1%,” he said while explaining that the current formula is that employees contribute 4% and employers 5%. Under the new arrangement employees will contribute 5% and employers 6%.

During the period of March to June 2019, the NIS held 18 public consultations where the topic was to shed light on the need to increase contribution from both employees and employers and at the same time to increase the age of retirement.

“If you wait until 2030 or 2035 it means that you will have to increase it by 22% then, so this is being done in an incremental rate in keeping with the recommendation,” Joseph said, informing reporters that the suggestion to increase the contribution was a recommendation from actuary reporters dating back to the early 2000s.

The NIS paid out $44.9 million in benefits during the first half of 2019. During that period the NIS collected $40.1 million in contribution income. This means that the total contribution income was not enough to cover the benefits paid. The difference was covered by the returns earned on monies invested (ie investment income).

For the same period, a total of 7,928 age pensioners received a monthly payment, with nine of them beyond 100 years. The total pension payment for the period was EC$33,311,113. 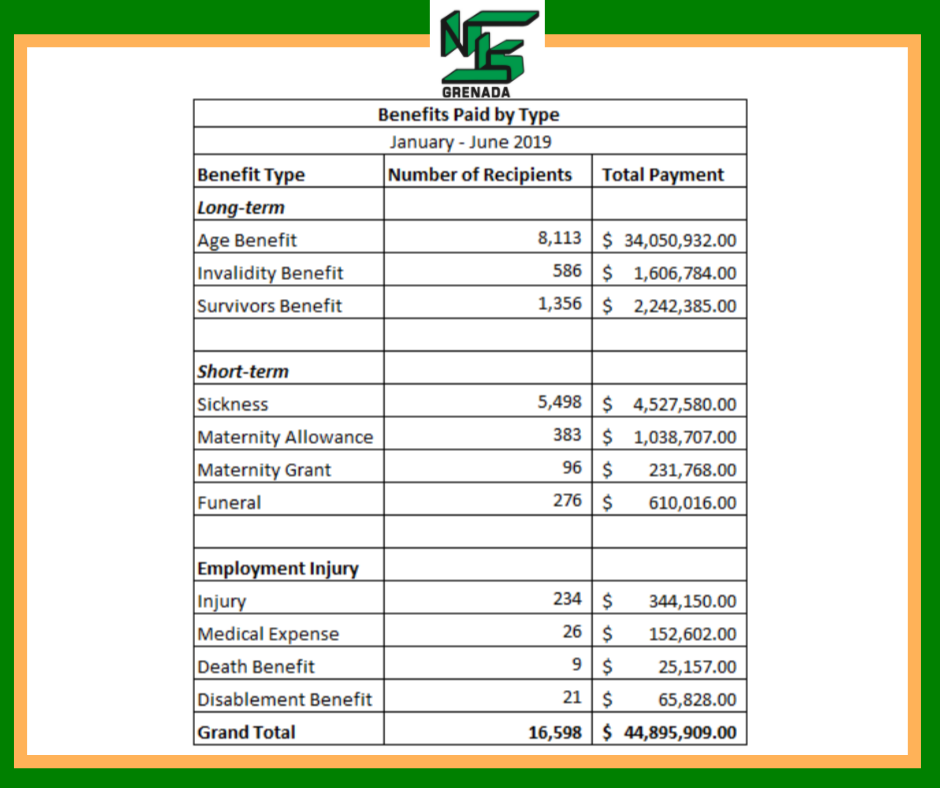 NOW Grenada is not responsible for the opinions, statements or media content presented by contributors. In case of abuse, click here to report.
Tags: linda strakernational insurance schemesocial security
Next Post

Citizens urged to rely upon weather information from Met Office