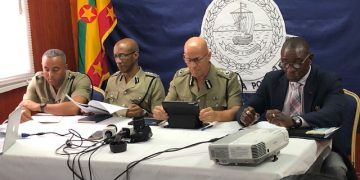 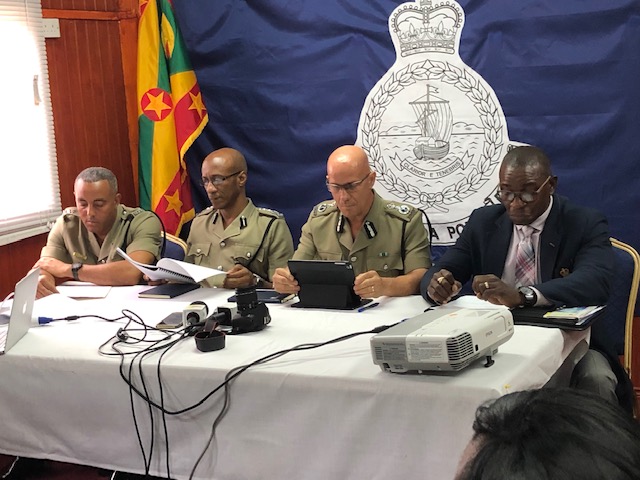 Edvin Martin, Acting Commissioner of Police has disclosed that there is a growing lack of respect for officers. A comparison of data from 1 January to 30 June 2019 to the same period in 2018 has revealed that there was a 35% increase in that category of offensive against police.

“Assault on police moved from 40 in 2018 to 54 in 2019, a 35% increase. This in my mind speaks to the lack of cooperation or a lack of respect for officers during the execution of their duties. I want to appeal to the public to be more cooperative to officers in the execution of their duties,” Martin said during a news conference in which he shared crime data for the first half of both 2018 and 2019.

Surrounded by other high-ranking officers, Martin said that the force will be examining ways in which it can possibly train officers to de-escalate situations, because it may also be a factor in fuelling these offensives against police. “Assault on police in the execution of their duties is a major concern we must address,” he said.

According to the data presented, overall Grenada for the first six months of 2019 recorded a reduction in all major crimes, but there remains pockets of concerns in certain categories. For the period 1 January to 30 June 2019, a total of 8,001 was recorded by the police. For 2018 the amount was 7,009.

“There is certainly an overall contraction of major crimes in each category,” said Martin who is of the opinion that if the pattern continues, by the end of 2019 Grenada will record its second year in crime reduction.

While the biggest increase was in the areas of murder and assault on police, the most significant reduction was in the sexually related offence category. “We have an increase in murder, it moved from six to eight and what is important to note here is that five of those eight homicides seem to be associated with the use of offensive weapons,” Martin told media during the news conference.

“You will realise that the RGPF has been advocating very strongly for us to have a zero-tolerance on the carriage of offensive weapons in a public space. An offensive weapon is anything that is used to intentionally cause harm to another person.”

“In the category of assault offensives, this continues to be a major challenge. Particularly threatening language and threatening language as an offensive category by itself has accounted for the largest number of reports made to the police,” said Martin. A Powerpoint presentation showed that there were 1,204 assaults reported to the police for the period of comparison.

Martin said that there would be a 16% reduction in total crime, with the removal of threatening language from the assault category from the total crime statistics.

In the area of sex offences, Martin said, “This area had the largest reduction of reported crimes for the period moving from 227 in 2018 to a 197 as of 30 June 2019 a reflective of 13% in contraction. While this is encouraging, the decrease is not significant enough.”

“We attribute this reduction to increase advocacy, de-stigmatisation of reporting and increase law enforcement efforts. I want to say these efforts must be sustained. We must build on the gains while we try to get this terrible crime out of our society,” said Martin.

NOW Grenada is not responsible for the opinions, statements or media content presented by contributors. In case of abuse, click here to report.
Tags: crimeedvin martinlinda strakerpolice
Next Post