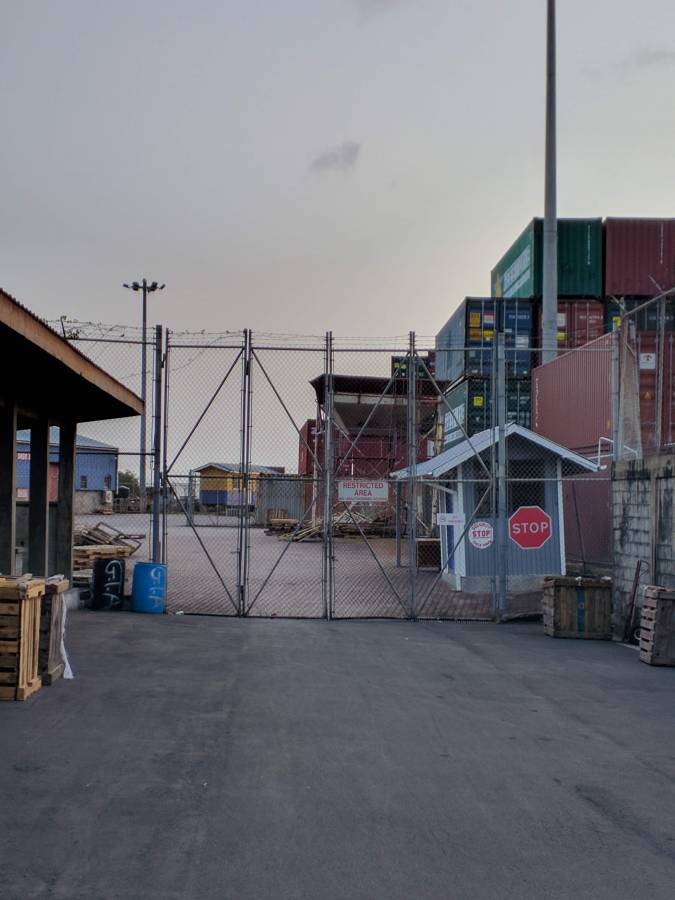 Prime Minister receives update from board of Ports Authority

Prime Minister receives update from board of Ports Authority

Prime Minister and Minister of Finance, Dr the Right Honourable Keith Mitchell, received an update Wednesday from the chairman and members of the board of directors of the Grenada Ports Authority (GPA).

Chairman Ron Antoine indicated that the ports are doing reasonably well and the authority is continuing to invest in the upgrading of operating equipment to facilitate increased efficiency and safety in port operations.

Additionally, the GPA has bolstered the security at the Grenville Port, installing surveillance cameras and building a full boundary wall that encloses the facility. On the labour front, the GPA is currently in negotiations with the Grenada Technical and Allied Workers Union (GTAWU) and this is progressing smoothly.

In addition to its own operations, the GPA has also invested in the St George’s Bus Terminus, improving the infrastructure and providing for the increased safety of persons who use the facility daily.

Having been apprised of these developments, the Prime Minister commended the board for its work and acknowledged that it is one of the better managed authorities in Grenada.

Dr Mitchell encouraged board members to see their work, not merely in terms of port operations, but from the broader perspective of impact on the country’s overall development.

The Prime Minister called on the board to move speedily to address a number of outstanding issues including the clean-up of the St George’s bus terminus where indiscriminate disposal of waste has created an eyesore and potential health hazard. Dr. Mitchell has suggested a partnership with the Solid Waste Department to effect this clean-up campaign.

He also urged the GPA board to quickly identify a suitable location that would facilitate the relocation of fishermen who currently occupy the waterfront on the Carenage.

NOW Grenada is not responsible for the opinions, statements or media content presented by contributors. In case of abuse, click here to report.
Tags: gisgrenada ports authorityron antoine
Next Post