Early screening and detection of breast cancer remain a challenge

This story was posted 1 year ago
in Agriculture/Fisheries, Business, Environment, Travel/Tourism
4 min. read 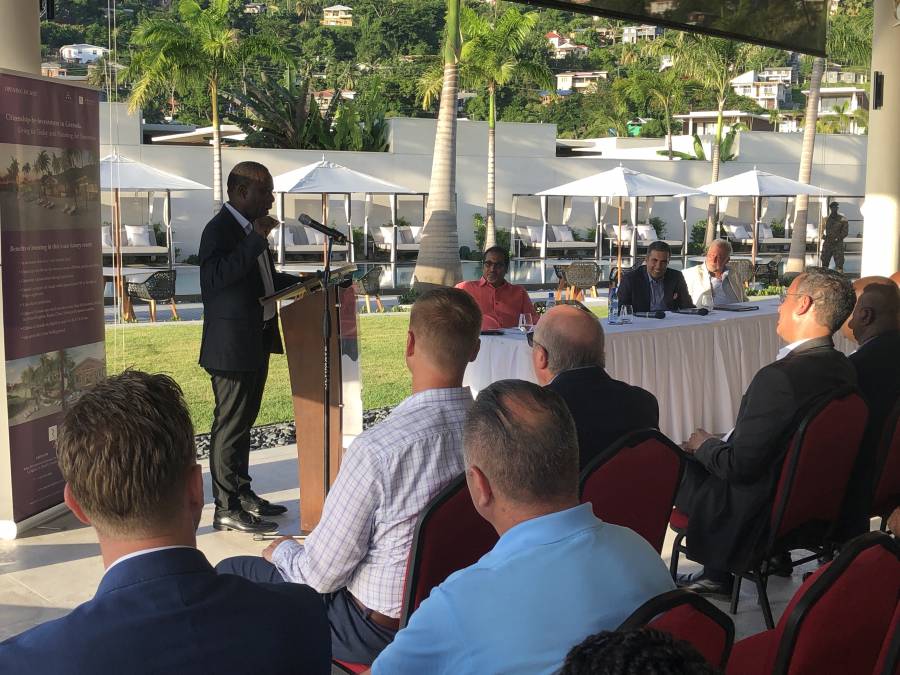 Grenada’s Citizenship By Investment (CIB) programme is likened to that of United Arab Emirates CIB programme for its expediency in completing the transaction that will see the construction of two 5-star hotels in the next 4 years, starting with the Six Senses La Sagesse resort project.

The first of two Six Senses Hotels Resorts Spas is slated to open in 2022, part of the latest luxury hospitality projects in the Caribbean by Range Developments, under Citizenship by Investment.

Acquired by the InterContinental Hotels Group in February, Six Senses Hotels Resorts Spas will be built near the pristine La Sagesse Beach overlooking two beaches and a lake which is considered perfect, considering that the hotel is big on the promotion of health and wellness.

According to the company, La Sagesse will include two luxury 5-star hotels, along with oceanfront villas, spas, retail and water sports facilities that will see the parish of St David becoming the second tourism capital in Grenada.

Managing Director and Member of the Board of Range Developments, Mohammed Asaria, commended the Government of Grenada for effectively operating an efficient CIB programme.

“Notwithstanding Christmas and the Easter Holiday, it took us only 4 months to conclude the transaction. Living in the UAE, which is known for its pro-business approach, the expediency at which we were able to execute our transaction was impressive. Prime Minister you run an efficient and effective government,” said Asaria.

Six Senses Hotels Resorts Spas have been voted the world’s best hotel brand by Travel + Leisure for two consecutive years. All 100 rooms at the Six Senses La Sagesse, Grenada will enjoy sea views with private plunge pools. The architecture is designed to complement and blend into the environment, ensuring total relaxation and tranquillity.

Range Developments also designed the Park Hyatt St Kitts, which opened on November 2017, and is currently developing the Cabrits Resort & Spa Kempinski in Dominica, slated to open in November. From its inception in 1995, Six Senses Hotels Resorts Spas have made sustainability and environmental protection mandatory within their operations and are considered industry leaders in developing sustainable resorts.

“Minister, you would be glad to know that all their resorts are LED certified. On site there is a compulsion that there must be drinking water bottling plants, and a farm-to-table philosophy is integrated into the design concept of the hotel. With Six Senses we will create the exceptional in St David and I can only recall the passion when I first met Six Senses, about the way they recounted the guest experience and whether it is selecting eggs from the farm on your way top breakfast, some of the unique experiences incorporated into the spa or the way they encourage guests to engage in community tourism. It is this passion for guest satisfaction and creating memories that we believe Six Senses is the right brand for the island of Grenada,” Asaria explained.

As part of its corporate social responsibility, the luxury resort will set aside 1% of their revenue towards funding community service projects with its staff at the helm as well as to providing hospitality scholarships. Range’s corporate social responsibility programme is said to be centred around children, families, entrepreneurs across communities in which they operate and in the next few weeks, they are expected to distribute school bags and wheelchairs as the first initiative on the island.

The hotel developers are also boasting of creating between 500-600 local jobs through the construction phase of the project and, once operational, there is also the promise of skills transfer and entrepreneurial opportunity.

Asaria said the hotel will also ensure that local producers are engaged to supply the needs of the hotel. “Reliance on import must be a fading strategy and as soon as six sense is operations are starting up, we will connect with all categories of producers so the local supply chain can be as effective as possible.”

Preconstruction studies, environmental assessment, and soil tests are complete with the design of the building currently advancing, with part of the site cleared in preparation for site mobilisation to commence in the next 60 days. Asaria said announcements will be made with regards to the establishment of the second hotel project in coming months, as proposals are currently being finalised.

Minister for Economic Development, Trade, Planning, and Cooperatives and MP for St David, Oliver Joseph was particularly pleased to see that the parish of St David stands to benefit greatly from this project. “I am pleased to say that we have found the 12 acres of land for the next hotel that is going to be built in St David. So, within the next four years, we will have two 5-star hotels. We have, as you know one of the best Citizenship By Investment programmes and Grenada is the ideal location for Investment,” said Minister Joseph.

Range’s flagship project, Park Hyatt St. Kitts was voted the best new hotel in the Caribbean by CNN. Their second project, the Cabrits Resort and Spa Kempinski, Dominica has been named “the most exciting new property set to open in 2019” by the Caribbean Journal.