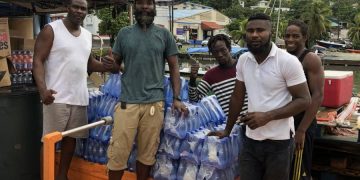 This story was posted 2 years ago
in Community, General News
3 min. read 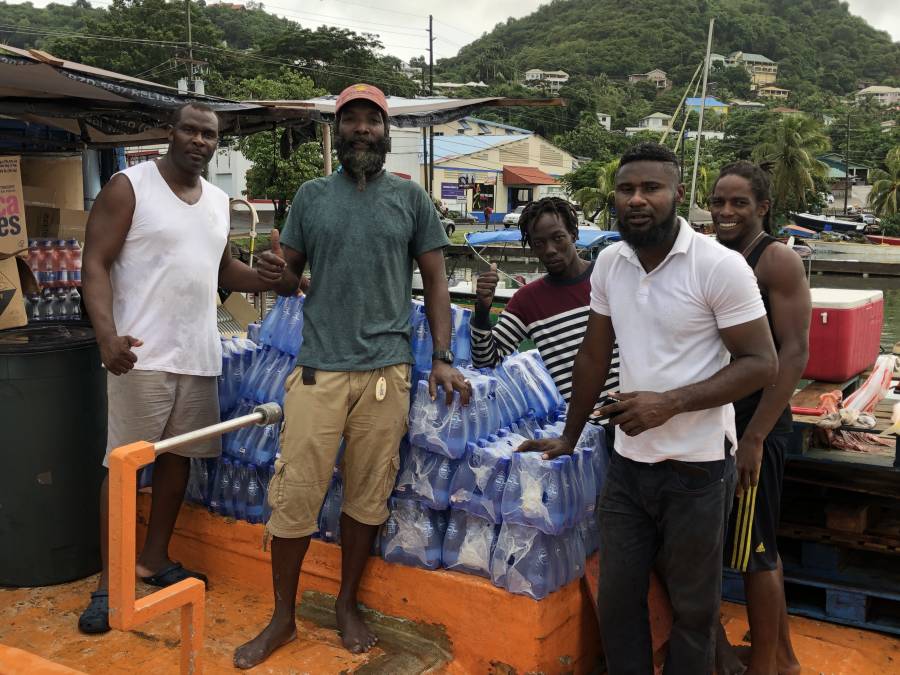 A humanitarian mission to the Bahamas following the passage of Hurricane Dorian will see a team of four volunteers led by Joel “Captain Jex” Mark deliver over EC$30,000 worth of supplies and act as foot soldiers to assist affected people.

Aboard his 47-foot Beneteau SA Sailboat, the crew sailed from the Lagoon on Friday, 20 September with water, clothing, utility supplies, and food to the hurricane-ravaged island. But even more daring, the team plan on making a second trip to the Bahamas but will require the continuous assistance of donors who helped in gathering necessary relief items.

A task that took nearly two weeks to complete, Earl Maitland of Grenada Empowerment Movement Inc (GEM) spearheaded a donation drive together with Mount Pure Mineral Water which donated EC$12,000 worth of bottled water; the Grand Anse Bus Association which donated food supplies and Andy Williams of Hot Spot who donated two tabletop stoves. Several other organisations and individuals also assisted in the donation drive. Maitland commended the crew for their bravery and hope that these men receive the recognition they deserve.

“I consider these men to be heroes, they are the ones going to the Bahamas through whatever challenges they may face out at sea, but they are upstanding men of great character and I believe that these men should be recognised by the Grenadian government as heroes,” Maitland said.

Monday, 16 September was first departure date given from Grenada, but the team managed to leave a few days later due to the number of supplies coming in. “One of the major reasons we ended up staying here until tomorrow is because people from around the island have called us to make contributions. We didn’t want to leave out anything seeing that the disaster over there, people have lost everything, so we want to bring as much as we could,” he said.

Captain Jex and his crew are expected to travel approximately 1,196.545 nautical miles to the Bahamas in uncertain weather, and are hoping to make the trip in 10 days if favourable weather allows. He said making the long trip to the Bahamas will not be easy since they received little assistance in purchasing fuel for the vessel.

“The fuel to be used for this journey was provided by people making monetary donations to us, so this is what we are going to be using to conserve fuel for the trip by utilising wind, but if there is no wind then we just sit it out until the winds come to make sure that we get there, because upon arrival we will have to do a lot of motoring to get into the port,” Mark said.

The team is expected to stay approximately two weeks before returning. Back at home, Maitland is expected to continue to gather more items and relief supplies to be shipped to the island on the team’s second voyage. In this regard, the team is asking that people donate financially towards this mission to ensure its success.

An account, number 400000283 for Sailing to Better Lives, was created at the Grenada Co-operative Bank Limited for persons eager to assist in that regard. Supplies or food items donors are encouraged to contact Earl Maitland on 4031351.