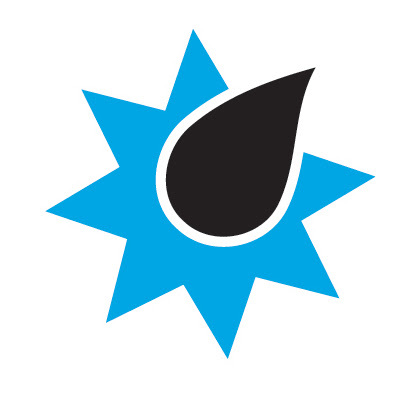 Debt of PetroCaribe becomes a topic of legal discussion

Debt of PetroCaribe becomes a topic of legal discussion

This story was posted 3 years ago
in Business, Politics
3 min. read
Share

Though then ruling New National Party Government of Grenada in 2006 registered PetroCaribe Grenada Ltd under the Companies Act, there is now a legal debate as to whether its debt should be included as public debt, or be classified as another kind of debt.

“The latest is, I believe they are looking to get a legal opinion on the contractual arrangements that define PetroCaribe that will help to come to a conclusion as to whether it is, or the debt should be classified as part of public sector debt,” Duncan explained during a news conference called by the committee to share more details on the 2018 report which was recently laid in the Houses of Parliament.

PetroCaribe was registered in June 2006 with the Corporate Affairs and Intellectual Property Office (CAIPO). Its head office address was given as the 3rd floor of the Ministerial Complex. At the time of registration, then Minister for Legal Affairs Elvin Nimrod request a waiver of the required fees.

Since operating as a business, both the New National Party and National Democratic Congress governments have appointed persons to chair and sit on the board. The registration document says that the board should contain between 5 and no more than 9 persons.

The board members normally include the Permanent Secretary and/or senior officers in the Ministry of Finance, as well as well-known supporters or executive members of each ruling party. Former members include Jerome Joseph, Vincent Roberts, Joseph Andall, Aaron Moses, Phillip Telesford, Chester Palmer, Fred Antoine, Jeff Croome, and Wilfred Hercules.

PetroCaribe as a business only had Grenlec has its client until a few years ago when it lost the bid to SOL. The company ventured into the LPG market with the brand carrying the same name. However, as of 8 February 2019 the LPG ventured was leased to Gavenplast Grenada, a company registered in 2018.

The 52-page FROC 2018 report in its summary report gives government acceptable performance with reservation in 3 areas, and non-compliance in 2 areas. The areas of passing grade are: Wage Bill to GDP not reaching exceeding 9%; Rate of Growth of Primary Expenditure not exceeding 2% and Primary Balance to GDP not less than 3.5%. The areas of non-conformity are Public Sector debt to GDP ratio not exceeding 55%, and Public-Private Partnership contingent liabilities not exceeding 5% of GDP.

Reservation from the FROC was due to the lack of information and data from statutory bodies and/or state-owned enterprises. “The data submitted by the Macroeconomic Policy Unit for the preparation of this report does not capture that of the covered entities. The Unit has been working towards ensuring that the full data set, as required by the act, is available for the preparation of FROC reports. In the meantime, this omission has given rise to the caution applied in the assessment of a number of rules and targets,” said the executive summary.

Under the Fiscal Responsibility Act “covered public entity” means a statutory body or state-owned enterprise which has received transfer or guarantees from government in the last 5 years or not met the quarterly reporting requirements of 3 consecutive quarters in the last year or recorded negative equity on its audited balance sheet in the last 3 years. There are 15 such entities which include the Grenada Marketing and National Importing Board (GMNIB), Spicemas Corporation (SMC), Child Protection Authority (CPA), the Cultural Foundation, and the National Stadium Authority.

The total debt of state bodies is beyond EC$160 million.

NOW Grenada is not responsible for the opinions, statements or media content presented by contributors. In case of abuse, click here to report.
Tags: debteconomygdplinda strakerministry of financepetrocaribe
Next Post

Taxes due for September 2019