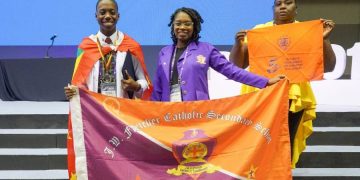 This story was posted 2 years ago
in Education, Youth
2 min. read 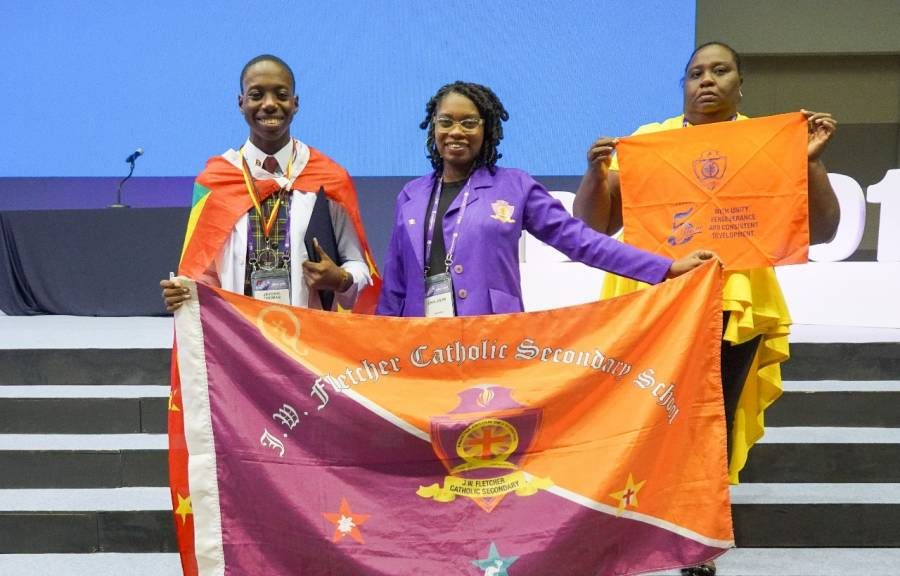 Grenada’s participant in the 2019 International Brain Bee (IBB) competition did not place in the first five positions, but he is grateful for the experience.

“He is thankful and appreciative for the experience,” said Pastor Stanford Simon who is among the delegation which accompanied Jevonie Thomas to the competition, held in Daegu, South Korea, in conjunction with the 10th World Congress of the International Brain Research Organisation.

Thomas who a student of the JW Fletcher Catholic Secondary School was the only participant from Caricom. Most of the participants represented territories in Europe, Asia, the USA and the more developed Commonwealth nations.

The 21st edition of the International Brain Bee (IBB) World Championship was held from 19-23 September 2019. Twenty-eight competitors, each representing their respective nations, contended for the title of World Champion through a series of five events designed to test their knowledge and understanding of the human brain.

The multi-day event included one and a half days of competition sessions, hosted by the Korean Brain Research Institute, Kyungpook National University, and the 10th IBRO World Congress.

The competition involves a neuroanatomy and histology component, a patient diagnosis section, a live question and answer round, and a written exam. Competitors are tested on their knowledge of the human brain including such topics as intelligence, emotions, memory, sleep, vision, hearing, sensation, Alzheimer’s disease, Parkinson’s disease, schizophrenia, addictions and brain research.

Participants are scored in each section of the competition, and the results were announced at the awards ceremony on 21 September, where the winner received US$3,000, a trophy, a summer internship, and the right to represent the Brain Bee around the world. After the competition, the students participated in a cultural sightseeing tour of Daegu.

In its essence, the IBB hopes to bring together the next generation of young scientific minds, and create the opportunity for these aspiring neuroscientists, doctors, and biologists from across the world to connect while engaging with a subject they are passionate about, which holds enormous promise, and has the potential to positively affect millions of lives – the brain.

The International Brain Bee Competition was founded in 1998 by Dr Norbert Myslinski of the USA.