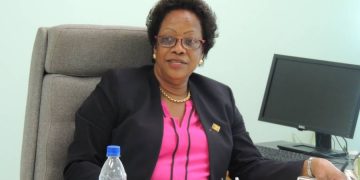 This story was posted 2 years ago
in Agriculture/Fisheries, Business, PRESS RELEASE
3 min. read 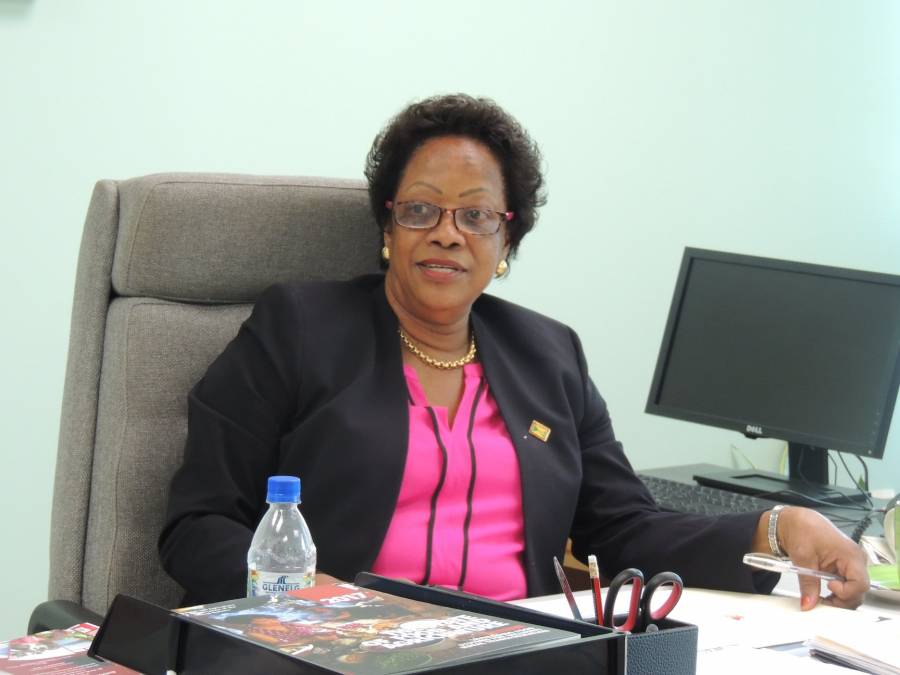 As the Inter-American Cooperation on Agriculture (IICA) continues to support Grenada, talks are ongoing on additional support and modernisation of the agricultural sector.

A two-member delegation from IICA on mission here in Grenada from 11-13 September 2019, met with the ministers and permanent secretaries of the Ministry of Agriculture and Foreign Affairs respectively.

Following a meeting with Minister of Agriculture and Lands, Hon. Yolande Bain Horsford on Thursday, 12 September, the delegation comprising of Beverly Best, IICA’s Director of External and Institutional Relations and Gregg Rawlins, IICA’s Representative in the Eastern Caribbean (ECS), accompanied by Derek Charles, IICA’s National Specialist in Grenada visited the Mirabeau Abattoir, a facility that IICA has been offering technical support.

The mission allowed the organisation to get a better understanding of the challenge being faced in the agricultural sector in Grenada and visualise the significance of the contributions to the abattoir, this is according to Beverly Best, IICA’s Director of External and Institutional Relations.

“The visit was to meet with our key partners within the government of Grenada, with a view to understanding the critical issues facing Grenada. IICA sees itself as an integral partner to the Agricultural sector. For IICA we see ourselves not as a donor agency, but rather a technical institution. We have provided some support to this abattoir, as one of the initiatives that we have made a commitment to keep supporting.”

Gregg Rawlins, IICA’s Representative in the Eastern Caribbean (ECS), based in St Lucia, foresees that the abattoir is significant to the augmented production of livestock. “I think the abattoir here is in fairly good shape. It is a facility that would allow for the expansion of the livestock industry here in Grenada. There is still a need for more work to be done; which is what IICA is doing, working with the Ministry of Agriculture and other agencies, to see how we can get this facility to a point where it would be state of the art and serve as a basis for the increase in the production of livestock.”

Livestock and Veterinary Officer, Dr Kimond Cummings, expressed the ministry’s gratitude for IICA’s continuous support. “I want to say thank you to Ms Best and Mr Rawlins, for the visit today. As we continue to work with IICA, we are happy to have these two delegates from IICA. The mission gives a real-time perspective of what we have been doing here at the abattoir, so the organisation would have an appreciation of how much we have been doing.”

Earlier in June of this year, IICA facilitated an assessment of the equipment at the facility and exposed several workers at the abattoir to safety regulations. Staff was also trained staff in food safety standards.

IICA has been involved with this project since 2018, when a request was made by the Ministry of Agriculture for technical support. The organisation which has 34 offices around the world, imparts knowledge and experiences in these member states.

NOW Grenada is not responsible for the opinions, statements or media content presented by contributors. In case of abuse, click here to report.
Tags: beverly bestgreg rawlinsinter-american cooperation on agriculturekimond cummingsministry of agricultureyolande bain-horsford
Next Post