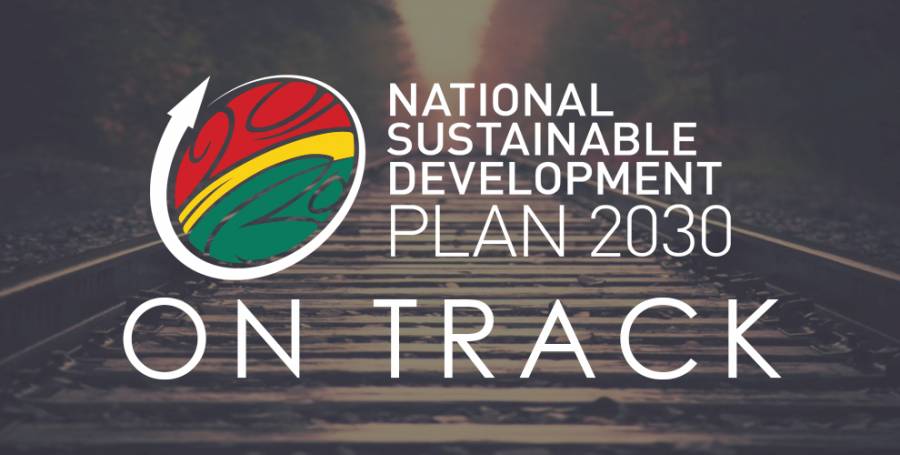 Elaine Henry-McQueen, Gender Programme Officer, Division of Gender and Family Affairs who is also a member for the Technical Working Group says the development of the final document for the National Sustainable Development Plan 2035 is on schedule for completion for Parliament submission in November.

Following the release of the first draft document, the second round of public consultations for the National Sustainable Development Plan 2035 will begin from today Monday, 2 September 2019 at the Crochu RC School in St Andrew starting at 7pm.

“The public consultation will be done in such a way that members of the public in every parish in different locations within each parish – the members of the public will get a chance to receive some initial presentation of what are some of the key things in the plan and they will also get the chance to give feedback,” Henry-McQueen said.

From September through October it is expected that the production of the document will take place as the public will be given another opportunity to discuss the idea put forward for finalisation.

“No guarantee that all ideas will find its way into the final draft of the National Sustainable Development Plan. What we guarantee is that all will be considered, sometimes we get ideas competing with each other and sometimes we get ideas where priorities have to be identified and what is feasible or what’s not feasible. There are different ways that we have to consider the ideas received. Like I said the guarantee is that all ideas will be considered in the final discussion that goes into the finalisation of the draft Sustainable Development Plan,” She said.

Now that the public consultations have resumed, people are encouraged to be a part of these discussions. The first draft of the National Sustainable Development Plan was made available online for members of the public to also offer their comments.

Henry-McQueen explained the rationale between that decision, “The idea of sharing the document publicly was to ensure that the people knew what they are going to be commenting on. Now the first round of consultations there was no document to guide the discussion, people were giving ideas as they saw fit, now that there is a first draft the idea is that every one of us will find the time to go through the document and see if we agree with what’s there or if we disagree or if we like to see things amended in any way so that the recommendation that we are getting from these consultations will be specific to the points raised to make amendments.” 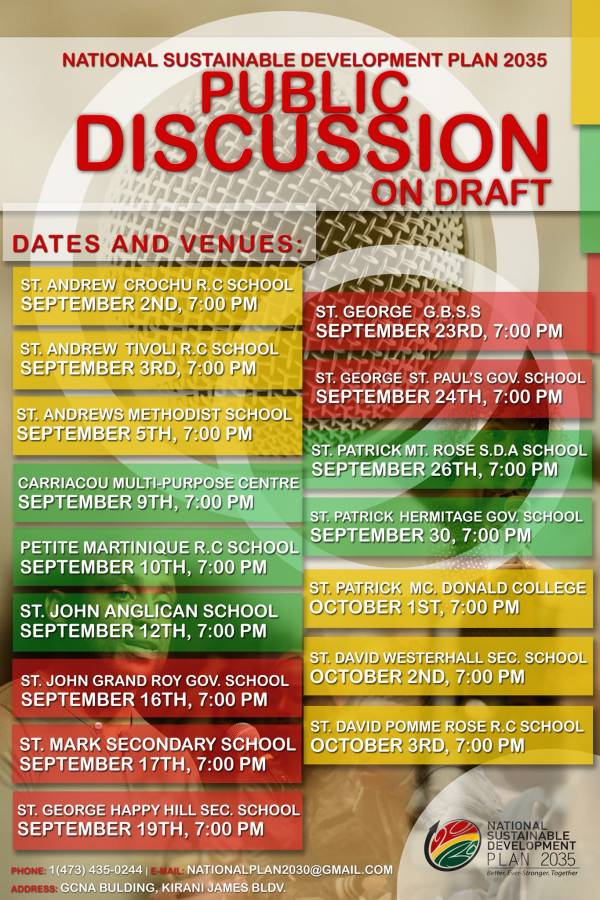 NOW Grenada is not responsible for the opinions, statements or media content presented by contributors. In case of abuse, click here to report.
Tags: crouchu rc schooldivision of gender and family affairselaine henry-mcqueennational sustainable development planpublic consultationsocial development
Next Post