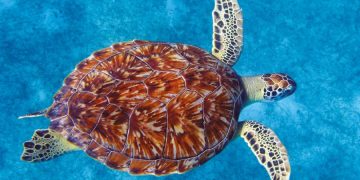 This story was posted 2 years ago
in Agriculture/Fisheries, Environment
3 min. read 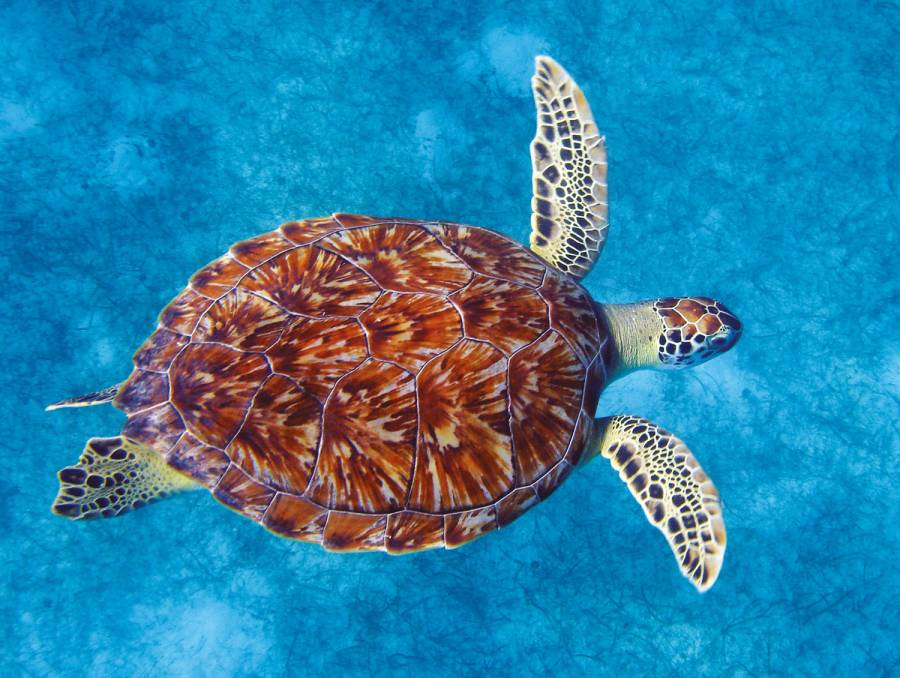 An image on social media has sparked a debate about cruelty to animals, particularly in this instance, marine species which are considered endangered. The image of a spearfisherman dragging a Green turtle on its shell by a rope caught the attention to sea turtle conservation organisation, Ocean Spirits, which continues to advocate for ‘strengthening legislation to fully protect all sea turtle species and their eggs year-round.’ The image location appears to be in the south of Grenada.

In Grenada, the hunting of turtle species is annually prohibited between 1 April to 31 August, thereafter fishermen have seven months in which to hunt. However, even though the fisherman in question did not break any laws pertaining to the hunting of these endangered species, conservationist at Ocean Spirits, Kate Charles, said the organisation is still baffled that Grenada’s fisheries legislation has allowed this practice to continue, taking into consideration that under the International Union for the Conservation of Nature (IUCN) Red List of Threatened Species, Leatherbacks are listed as ‘Vulnerable,’ Green turtles listed as ‘Endangered’ and Hawksbills as ‘Critically Endangered.’

“The fishermen aren’t breaking the law – the season is open. But it is an endangered species and all our surroundings islands protect their turtles. So as they migrate past Grenada and are hunted, it is destroying other islands’ hard work and efforts,” Charles said. “We would like to see a moratorium or an outright ban on the hunting of all hard-shell turtle species in Grenada. However, a shorter season is better than nothing. Grenada has the longest open season in the region. This would allow our hard-shell populations to be properly accessed and studied.”

Fisheries Extension Officer Eastern District and Acting Chief Fisheries officer Francis Toby Calliste, said based upon observation of the image and the size of the turtle, the fisherman did not break any laws.

“Basically, we have an open and close season for sea turtles. What eventually happens is that when the season is open as of 1 September, therefore, turtles can be harvested currently except the Leatherback species. There are also a weight limit and size limit. The weight of the turtle must be over 25 pounds; anything less you would be committing an offence as it relates to the size and weight of the turtle. This has to be borne in mind,” said Calliste.

With that being said, Calliste reiterated that cruelty to animals will not be tolerated by the Fisheries Division.

“The Fisheries Division will not advocate cruelty to animals or tying rope around a turtle and pulling it …we do not support that. It is supposed to be handled humanely,” he said.

NOW Grenada is not responsible for the opinions, statements or media content presented by contributors. In case of abuse, click here to report.
Tags: curlan campbellfisheriesfisheries divisionfrancis toby callistegreen turtlehawksbill turtleinternational union for the conservation of naturekate charlesleatherbacksocean spirits
Next Post