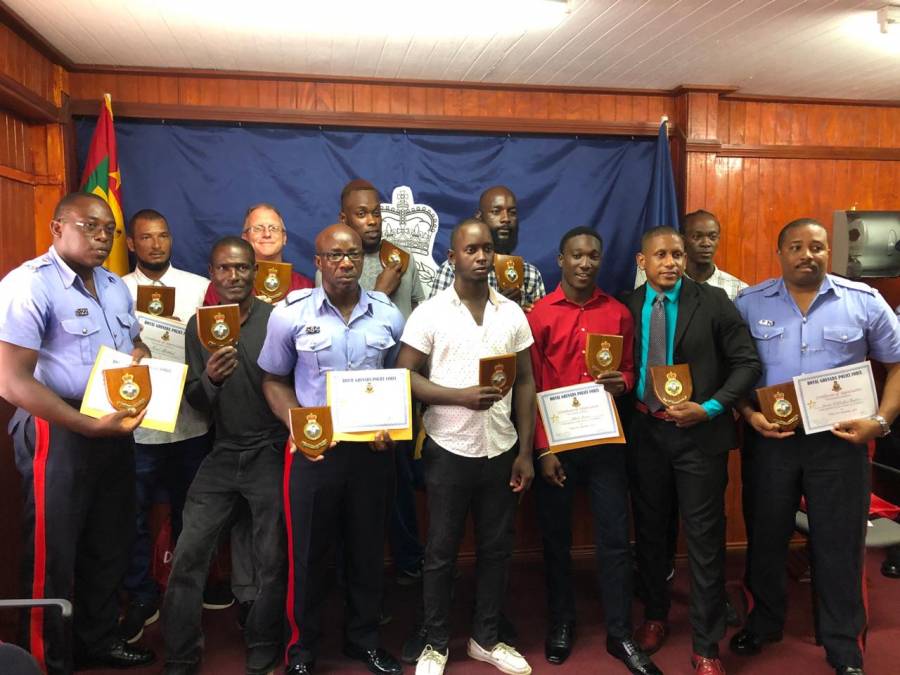 Eleven (11) recipients were honoured for their heroic acts at a ceremony held on Wednesday, 25 September 2019 at Police Headquarters Conference Room.

Three of the divers and one police officer were also further recognised by an anonymous citizen.

Speaking at the ceremony, Acting Commissioner of Police Edvin Martin commended the honourees for their prompt and collaborative acts of bravery that saved many lives. Referencing the Latin words, clarior e tenebris, on the RGPF plaque, which means bringing light to darkness, Acting Commissioner Martin, in elaborating on the selflessness of the honourees, also told them that their actions have prevented a cloud of darkness from looming over our nation.

Acting Commissioner Martin also cited a simple message from Prime Minister, Dr Keith Mitchell which read, “Your actions were nothing short of heroic and deserving of the highest commendation… The nation sincerely appreciates the selflessness you demonstrated in preserving the lives of many.” 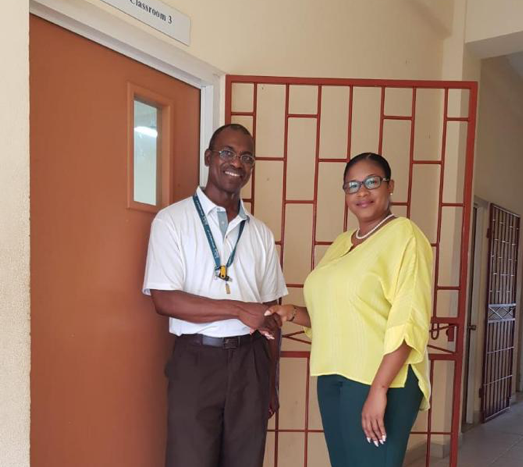