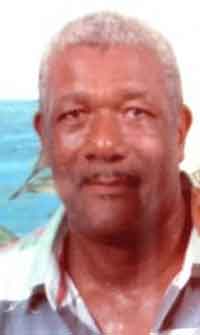 A close relative has been charged with non-capital murder for the death of a senior citizen who was found on his bed with a stab wound to his chest.

Randolph Lawrence, who is the son of the victim’s wife, is expected to make his first appearance in court on Monday at the St George’s Magistrate Court. He was charged on Friday for causing the death of Charles Allard, who is known as Tall Joe in the community.

The elderly man in his 80s from the village of Mt Royal in Carriacou became the country’s latest homicide on 20 August 2019. He was discovered at his home lying on his bed with a stab wound in the chest by the same person who is now facing the criminal charge. It is not clear if Lawrence is Allard’s biological son or stepson.

Allard was pronounced dead after the body was examined by a doctor. He was buried on Monday, 16 September 2019 at the Brunswick Cemetery, Carriacou following a funeral service held at the Christ the King Anglican Church.

In Grenada, non-capital murder is a non-bailable offence and it is therefore expected that the accused will be remanded to the Richmond Hill Prison.

Tropical storm conditions within next 3 hours