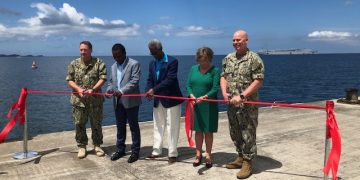 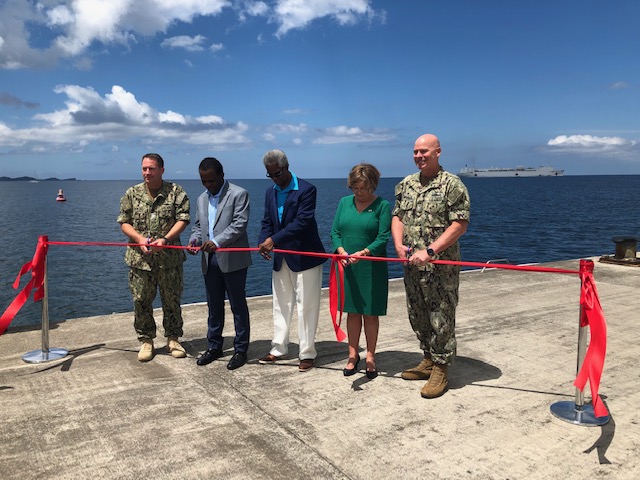 Sir Lawrence Joseph, former Attorney-General, is presently the Deputy Governor-General and will serve in that position until late September while Dame Cécile la Grenade is on holiday.

Section 22 of the Constitution Order states that the Governor-General “…may, acting in accordance with the advice of the Prime Minister, appoint any person in Grenada to be his deputy during such absence or illness and in that capacity to perform on his behalf such of the functions of the office of Governor-General as may be specified in the instrument by which he is appointed.”

Sir Lawrence took the oath of office on 11 September 2019, the same day Dame Cécile left the island on holiday, and will continue to serve until 26 September 2019. He headed the Grenada delegation which welcomed the USNS Comfort during a ceremony held on Sunday at the Esplanade Mall compound.

The Deputy Governor-General, along with Prime Minister Dr Keith Mitchell, and US Ambassador to Grenada Linda Taglialatela, along with officials from the ship assisted in the cutting the ribbon to welcome the ship and signal the start of free medical services the crew will be offering at 2 clinic locations from 15–20 September.

All medication for USNS Comfort clinics is FDA approved