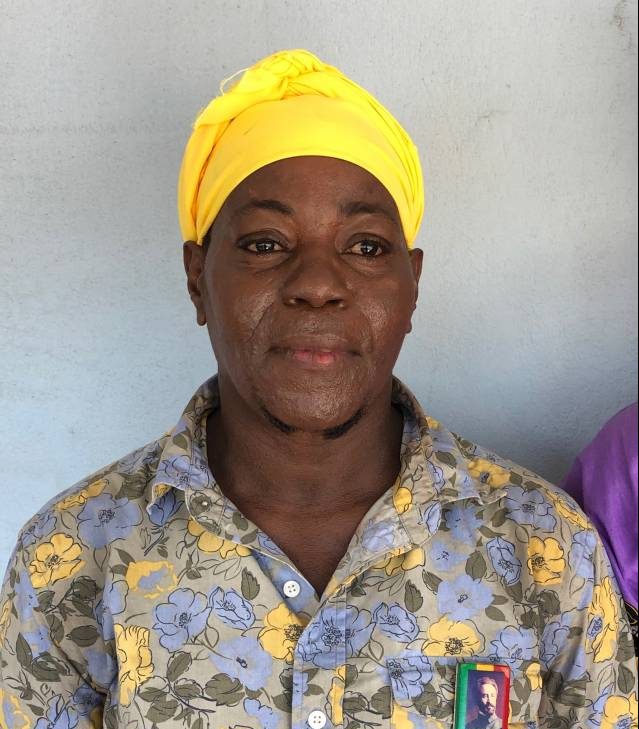 Mary "Iron" La Touche a 50-year-old Self Employed Farmer from Willis St. George to be among heroes awarded
Share

Mary “Iron” La Touche, a 50-year-old self-employed farmer from Willis, St George has shown that knowledge of Cardiopulmonary Resuscitation (CPR) can become a valuable asset in helping to save lives.

La Touche had just delivered produce to Food Fair supermarket, when she heard that a bus went over into the water of the Carenage opposite Hubbard’s last Friday, 20 September. Having learned basic CPR techniques from her daughter who underwent CPR training with St John Ambulance, La Touche said in a desperate race against the clock, she rushed into action and assisted in the rescue and resuscitation of the passengers. “All I knew is that I was on the sidewalk, helping persons; me and a police officer, I am pumping the chest and the officer blowing in the mouth and I was putting them in the recovery position until they start speaking, then they were placed on the stretcher and carried away by ambulance,” said La Touche.

La Touche said one of the best decision’s she has ever made was to enroll her daughter into the St John Ambulance first aid training. “I have a daughter named Christine La Touche, she went to Wesley College school and she came home one day and said that she wanted to join St John Ambulance, so I agreed. But I am happy that day when I told her that she could have joined because she used to come back and teach me some of the techniques she learned, like if someone is drowning what to do and that was the same technique I used when the persons were rescued from the water,” she said.

The police officer that La Touche referred to was PC 443 Joel Harford, who was among 11 awarded for their selfless call to action to rescue the bus passengers. The other awardees Norl Bethel, Akim Phillip, Adriel Pursue, Tron Hazel, Jake Edmund, PC 322 Harris Collier, PC 584 Matthew Felix, PC 909 Kevon Wickham, Jeffery A Irvine, and Frederick Brathwaite, received Certificates of Appreciation and a Royal Grenada Police Force (RGPF) plaque with the inscription clarior e tenebris, which means, bringing light to the darkness. Digicel Grenada and Sol Grenada EC Ltd also made presentations. Three of the divers and one police officer were also further recognised by an anonymous citizen.

However, La Touche was not among those honoured on Wednesday. Acting Commissioner of Police, Edvin Martin said her contribution will not go unnoticed and has vowed to verify her participation in rescue and at later date she will be given the same recognition. “Rescuing several trapped [persons] from a bus underwater is no easy feat. Faced with what would have appeared to be a hopeless situation, extreme panic and anxiety would have been the prevailing emotions among trapped individuals. This no doubt would have exacerbated the rescue efforts and attempt, but rescuing individuals, under those circumstances, is nothing short but a miraculous accomplishment directly attributed to your quick, decisive and selfless action.”

During his presentation, Acting Commissioner Martin expressed condolences to the family of 65-year-old Altrice DeCoteau who did not survive the ordeal. He also sent publicly best wishes for recovery to another passenger currently warded at the General Hospital.

The Acting Commissioner said this incident has called for the nation to be more sensitive to the issue of safety when using public roads due to the increasing probability of accidents due to the number of vehicles. “It is a reminder too for the licencing authority to rethink the systems that are in place and where appropriate, recommend legislative changes with a view of enhancing public safety on our nation’s roads,” he said.

One of the awardees, Tron Hazel from Petite Martinique, said his involvement in last Friday’s rescue is not the first time he found himself in situations where he had to assist in rescuing persons in similar situations. He said these rescues did go unnoticed since they were not reported to the media. Hazel pointed to three incidents of similar nature, two which took place on the Carenage. He said an incident last year, a passenger riding a bike on Carenage lost control and plunged into the water. In another situation, a Mitsubishi vehicle that was speeding on the Carenage lost control and ended up in the water. However, Hazel remembers having to rush to the rescue a swimmer in distress on Grand Anse beach.

“I went down to Grand Anse Beach, because I was doing some work there at the time and then there was this white lady and an old man. Then the beach was rough because they had the red flag up and she went in the water and then the wave threw her down and then she had no help. So, I saw that at the time and just run straight to her and pulled her on the sand,” Hazel said.

Hazel has expressed the need for the authorities to put measures in place on the Carenage that will prevent persons from falling into the water. He is advocating for the installation of a railing on the sidewalk.

The RGPF is in final stages of approving ribbons and medals for police officers and civilians for distinguishing and meritorious services. Once finalised, the awardees will be the first recipients. Acting Commissioner Martin indicated that two other individuals including La Touche will be recognised at a later date by the RGPF, once investigations verify their involvement in last Friday’s rescue. 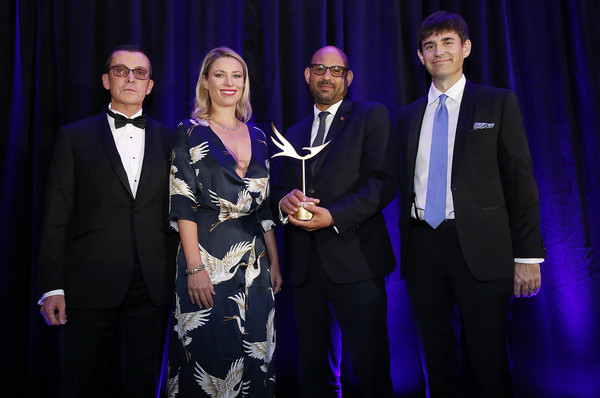 Grenada awarded for its work on Climate Change