Concerns about the operations at National Museum

Concerns about the operations at National Museum

This story was posted 3 years ago
in Arts/Culture/Entertainment, Business, OPINION/COMMENTARY
3 min. read

The Grenada National Museum Inc. (GNM) is expressing several concerns regarding the ‘transition process’ being implemented by the government-appointed board.

According to recent statements by the Minister for Culture, Senator Norland Cox, there are plans to recognise past contributors for their various expertise that has enabled the institution to survive for the past 40 years.

The act says in Part 11 – ESTABLISHMENT, FUNCTIONS AND POWERS OF THE NATIONAL MUSEUM (3) 1: “There is hereby established a body corporate, to be called the Grenada National Museum.” The process regarding the establishment and current directives of the ACT has failed to recognise the existence of the entity that has run the museum from since 1976.

Additionally, a careful study of the act would indicate that nowhere are there provisions for a transition process, thereby recognising the existence of the entity who successfully managed the operations of the museum since 1976.

After a meeting requested by Minister Norland Cox in October 2018 with members of the GNM Inc. — present were Permanent Secretary, Kevin Andall, Minister Cox, representing the Government; and Gordon de la Mothe, George McGuire, Simeon Cornwall and John Pitt, representing the GNM Inc. — it was agreed that there were fundamental flaws and shortcomings with the ‘Bill’ now Act. The representatives of the GNM Inc. proposed a pre-implementation plan which can facilitate a smooth and timely transition.

According to information from the GNM Inc., there was no response from the minister regarding the proposed pre-implementation plan; there was no follow-up in writing, to some of the issues discussed and agreed to during the meeting.

Other concerns relate to the undermining of management and the lack of available ‘technically qualified’ personnel in delivering museum services in keeping with international standards. It is also of concern to GNM Inc and members of the public, civil society and NGO members, that the NEW board appointed under the act, does not have within its membership the list of qualified members. Section 11 of the act spells out the relevant qualifications of the board members. This too must be regularised, according to the GNM Inc, in keeping with the legislation.

The act also speaks to the composition of the nine-member board according to section 2 (1) (a) – (e). Another concern which reflects a failure by the authorities to abide by the schedule, in regard to the constitution and procedure of the board.

The illegal use of the seal and logo of Grenada National Museum Inc. by the current authorities, and the consequential climate of disharmony which now persists, and which presents unwanted challenges to the efficient operational management of the museum are also some concerns which exist.

Whilst audits of the facility have been requested according to Minister Cox and recent flurry of activity has seen numerous electrical contractors rushing to present bids for electrical overhauls, no scope of work has been presented, no strategic plan regarding the future use of the facility has been presented. Plans to recognise past users we would also believe should fall within the context of a set plan of action moving forward.

The GNM Inc. has constantly requested a meeting to address these concerns, unfortunately, the chairman of the new board continues to sideline attempts to regularise the state of this institution.

Staff morale continues to be at all-time low and productivity into museum developments, archives and documentation have not been what they were. GNM Inc is making a clarion call for an orderly transition process and that the legislation be amended to reflect a museum to preserve the heritage and historical life of the state of Grenada.

NOW Grenada is not responsible for the opinions, statements or media content presented by contributors. In case of abuse, click here to report.
Tags: boardgnmgrenada national museumlegislation
Next Post 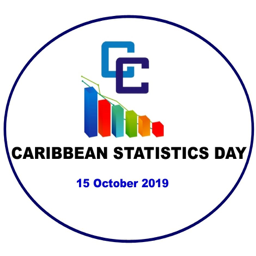