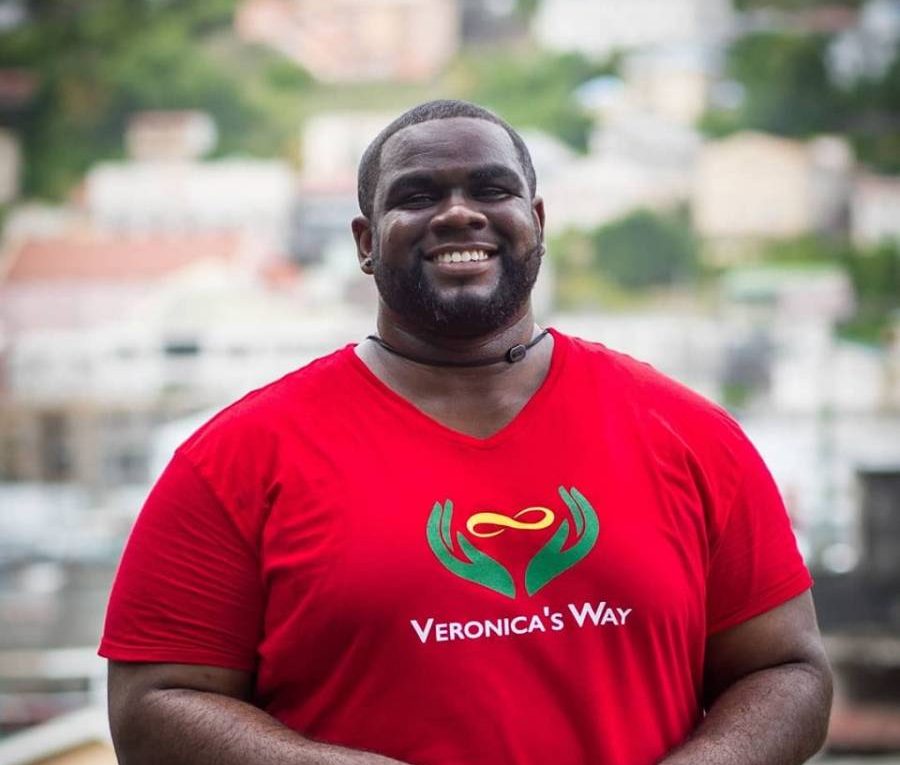 Legacy of Grenadian Educator lives on through Non-Profit Organization

Legacy of Grenadian Educator lives on through Non-Profit Organization

This story was posted 3 years ago
in Education, Technology, Youth
4 min. read

Inspired by the legacy left behind by the late Veronica L Paul, 32-year-old Crispin Michael Booker has made it his life mission to continue the work of his grandmother by ensuring that children of the nation receive a proper education by improving their access to Information Technology.

Based in Brooklyn, New York, Booker has over 10 years of experience in Information Technology with a bachelor’s and a master’s degree in Computer Management and Information from Adelphi University and Keller School of Management, respectively.

In 2017, non-profit organisation Veronica’s Way was formed to assist primary school students in Grenada and across the region by providing IT-based equipment to underprivileged youth.

Veronica Leatha Paul, who taught at what is presently known as the Grand Anse RC school, died on 18 June 2015, aged 82.

She was well known as Mother Paul and Teacher Lita, in the community of Fontenoy, St George where she was born on 4 December 1933. She received her education at the St Louis RC Girls School and achieved a scholarship to attend the St Joseph Convent. After, leaving school with a Cambridge certificate she started teaching at what was then called the Grand Anse Government School. Coming from a long lineage of teachers and headmasters, Paul dedicated over 30 years to the profession.

Her grandson Crispin Michael Booker founded Veronica’s Way, in her honour and has since formed a team of IT professionals whose mission is to bring IT equipment to students in as many Caribbean countries as possible. So far, the team has travelled to Haiti and generously donated computer systems to support the establishment of two computer labs which collectively support 1,400 students. They have donated 85 computers in Jamaica and will distribute 65 desktops computers among seven schools in Grenada.

“Although Information Technology has been my background, non-profit work and this mission have now become my life’s work… My grandmother meant everything to me. From a young age, she instilled the importance of giving back to the community. This was a pinnacle in her life and a pinnacle in her lessons to the family. She was my best friend and losing her caused incredible grief. As a way to cope, I decided to channel that energy into the community and impact change. Having worked with computers all of my life and chosen that as a career path, assisting my community in the technological arena was a natural fit,” Booker told NOW Grenada prior to his Grenada visit.

The IT team arrived on the island on Sunday, 6 October and on Monday, 7 October visited the Caribbean Coding Academy where they installed several computer systems. The following day the team went to the St Joseph’s Convent (Grenville) and St Martin de Porres RC School in Crochu where they also installed several computers. The team installed computers at Wesley College and St John’s RC school and completed their final installation at Park View Pri-Primary and St George’s Methodist schools on Thursday, 10 October. These desktops were outfitted with the software needed to make the learning process more efficient.

“All companies use Excel to create budgets and invoices so if we can start teaching the children now how to do it, they will be able to do when they go into the job market. So, we uploaded software, Office 2013 to help them with it. They also have PowerPoint in there so they can learn how to start creating presentations, and then they have Microsoft word so they can learn how to start typing letters, emails and getting their typing proficient. I heard that Grenada is going to be standardising their online exams so that this software should help them create a huge opportunity in the future,” Booker said.

Booker explained that this mission is more than just about installing computers; it is also about interacting with students and introducing them to both the hardware and software of a computer. “I think the greatest part of this is being able to meet with the children because we not just installing the computers, but we are opening them up and showing them the components of the computers and then we are showing them the software too so that they can get comfortable,” he said.

Wesley College was among several schools to benefit, and Principal Alarna Charles was elated to receive the donation. She said the computers will be used to teach students Technical Drawing and will become handy as the school prepares to introduce Electronic Data Programme Management (EDPM). “Over the years we have been trying to source systems to equip the room and to have these systems we must say that we are greatly appreciative of this because we have Technical Drawing which is using AutoCAD. Yes, we have an IT Lab but it is maximized, so to have this room now we can use it for AutoCAD and we can actually implement an Electronic Data Program Management as an additional subject now that we have the additional resources.”

Booker believes the future looks bright for the organisation as they seek to build a “Veronica’s Computer Lab” every calendar year in each Caribbean island. He has promised to visit Grenada every 3 years with IT Professionals who specialise in networking, coding and computer repair to ensure that these computers work optimally.