This story was posted 3 years ago
in Business, Health, Video
6 min. read
Share

Imagine having attained an associate or bachelor’s degree in nursing only to be taking home an average monthly salary EC$1,886, including a $210 monthly subsistence allowance, plus a yearly uniform allowance of $750.

The average salary ranges from £22,928 (EC$79,599) per year for a student nurse to £54,517 (EC$189,267) per year for a registered nurse in the UK, according to the salaries listed by the National Health Service (NHS). That amount may vary slightly higher or lower depending upon their qualification and position within the health sector.

According to an official from the Grenada Ministry of Health, the annual take-home pay for registered nurses is $22,632. Added to that, several nurses in Grenada are on contract and are unable to have job security or qualify for a loan. These are among many challenges faced by nurses that have contributed to 45 nurses leaving the system in search of greener pastures outside of Grenada.

Retired Chief Nursing Officer Luret Clarkson of Morne Jaloux knows all too well of the struggles nurses undergo daily and indicated that regardless of the many improvements made within the nursing profession during her tenure, nothing significant has changed over the years regarding the working condition and salaries of nurses in Grenada.

“It is always that of bread and butter. What I mean is that people always look forward to a better life and with the current salaries that are paid here, you cannot get the life that you would like,” she said.

Clarkson devoted 30 years of her life to the nursing profession, entering the School of Nursing in 1966 at the age of 23. She then became a qualified midwife in 1970 before becoming a nurse tutor at the school in 1979. Four years later became she became the school’s director, and later became Chief Nursing Officer before retiring.

Due to her wealth of knowledge and experience within the profession, Clarkson said she was fortunate to experience and observe life within the profession wearing different lenses, so she can sympathise with the nurses of today as many of them still have to face similar challenges. She pointed out the lack of medical supplies for nurses to carry out their duty as another challenge. “Right now, the nurses are still complaining of lack of basic material to work with… when we say basic, I mean no lining, no medical tape to do the dressing and lots of other basic things.”

A major issue facing today’s nurses is the closure of the midwifery programme which Clarkson remembers, having helped build the cadre of midwives. She said one of the significant things that occurred is that nurses were required to also learn to become midwives. This has been reversed following the closure of the programme.

“As you finished the general training you went into the midwifery program, of course, it is not so now because you don’t even have a current midwifery programme, which we need and which even the International Council of Nurses and Midwifery have identified that we should have — nursing and midwifery,” she said.

In her time within the profession, Clarkson saw positive changes for nurses as well with the introduction of a shift system in a time where nurses were required to work split shifts. “In 1970 we moved from split shift as we called it in those days to a shift system working. We then got then one day off per week, two nights off per week when we did our night duty, and two nights on, two nights off, and this is what to my mind was a major change in nursing.”

Adding her voice to the challenges faced by nurses was Lisa McQuilkin, Staff Nurse attached to the Paediatric Ward of the General Hospital. She too believes nurses deserve to receive favourable terms of employment, ie appointment by the Public Service Commission, as among many fringe benefits nurses should be entitled to. However, she said, sadly nurses are not treated with the level of respect they deserve therefore contributing to the migration of nurses out of the system in search of better working conditions.

“The majority of nurses are on contract, so nurses are leaving for greener pastures. Another thing is the poor working conditions we are faced with, the poor patient to staff ratio. Since that we have an overlapping of patients and a lot of admissions, patients have to be discharged before their time because of the capacity of the beds.”

Nurse McQuilkin is also calling for the return of the general nursing school which was moved from the TA Marryshow Community College to the St George’s University through the Department of Nursing & Allied Health Sciences.

McQuilkin said although she is not against the programme being moved to SGU, she believes the closure of the programme at TAMCC has hampered the steady pool of nurses available. “Nursing was under TAMCC, so nurses were just being trained so we had a backup of a lot of nurses; but now that the nursing programme was discontinued at TAMCC and placed under the St George’s University, in terms of the training for the St George’s University [students] they would come 3 days in a week, but if it was the Grenada School of Nursing they will come and work on the ward for at least 3 months to get clinical experience. So when they are ready to be placed back into the system for employment, you know how to function. So we ask for the Grenada School of Nursing on this campaign to be returned.”

President of the Grenada National Nurses Association, Patricia Strachan said nurses locally are facing many challenges that must be addressed by policymakers. She believes that apart from nurses receiving job security through the Public Service Commission, nurses should also receive attractive fringe benefits including low-income housing, partial and fully funded education at the first-degree level in speciality areas, are also measures that can be implemented.

In response to the plight of nurses, Minister of Health Hon. Nickolas Steele stated that the government is doing all in its power to improve the working conditions for nurses. However, he did admit that there are some challenges. “We have lost 45 nurses in Grenada this year alone that have left to go to first-world nations. We continue to invest in our nurses, but because we are not the first-world nation. We don’t have the ability to pay our nurses the same amounts, so I cannot blame our nurses for leaving, but at the same time we have to engage in a conversation with first-world nations to make sure that universal health coverage for all is dealt with not with them taking the nurses we have trained and the nurses that have gained tremendous experience here, but for us working together because health respect no borders and if countries continue to take from the Caribbean and from developing countries to boost their health systems, we are going to have failures across the board in developing countries and we will not achieve our global health target for universal health coverage.”

Due to the migration of nurses, Minister Steele said the government continues to engage with the Nursing Association to find ways to remunerate nurses and ensure nurses have job satisfaction.

In addition, the government has partnered with World Bank and in 2020 will be spending US$6 million on improving health facilities across the tri-island state. Minister Steele also added that through a partnership with the SGU, government continues to ensure that nurses are qualified by offering between 17 and 25 scholarship opportunities for students.

Meanwhile, nurses are leveraging on the opportunity to make their voices be heard through the launching of the Nursing NOW Campaign which is a 3-year global campaign run in collaboration with the International Council of Nurses and the World Health Organisation. This campaign launched on 23 October at the National Stadium aims to galvanise support and call for policy changes that will empower and improve the nursing profession and working conditions for nurses globally. It will focus on five core areas: 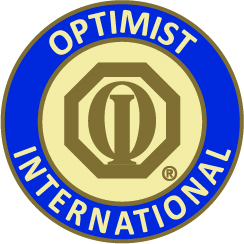