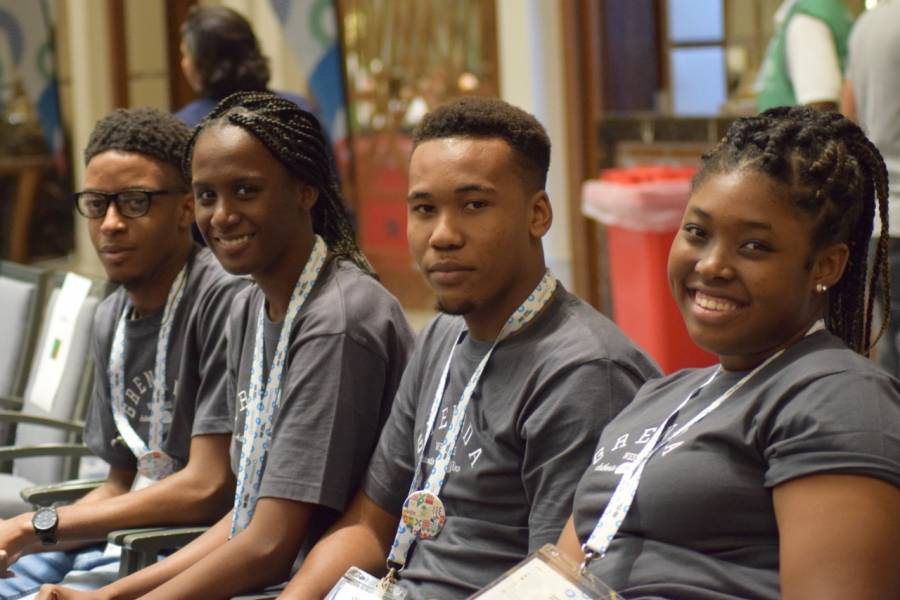 Grenada is being represented in Dubai in its first-ever hosting of the 2019 FIRST Global Robotics Challenge. The team includes Samuel Webster, Daron Cudjoe, Sarsha Newton, and Esronna Charles, all students of the TA Marryshow Community College (TAMCC) Robotics Club, led by one of the team mentors, Clement Commodore, Assistant Lecturer TAMCC Electronics Department.

Despite a late start in getting prepared for the event, the team managed to complete their prototype required to enter the competition. NOW Grenada spoke to the team before their departure for Dubai. Commodore said the team managed to build a robot capable of completing some of the tasks required, but not all. “Maybe in the future, we need a bit more time to get things done sooner rather than later, that way we will have a little bit more time to actually spend on the design and testing as opposed to trying to get something that will hopefully work,” said Commodore.

This year’s theme is ‘Ocean Opportunities’, and participants were required to focus on developing robots to clean up the millions of tons of pollutants in the oceans produced mainly by factories, mismanaged sewage systems and marine activities, which adversely affect marine life and the environment. The event organised by the Dubai Future Foundation kicks off Thursday, 24 October at the Dubai Festival Arena, and will run until Sunday, 27 October. It has brought together more than 1,500 youth from over 191 countries to collaborate, create and compete for a better future.

In 2017, Grenada entered the competition held in Washington DC for the first time and competed against 160 countries, placing 109th. The FIRST Global Robotics Challenge challenges students to develop their capabilities in science, mathematics, technology, and innovation and apply them in the engineering of robots designed to perform a particular function. The following year, Grenada placed 93rd in the world at the competition held in Mexico ahead of Caribbean countries Dominica (99), Antigua & Barbuda (123), Haiti (150), Bahamas (151), Saint Kitts & Nevis (152) and Saint Lucia (155).

Commodore said work has already begun to further build the TAMCC Robotics Club subsequent to their last competition in Mexico, but there is still a lot of work to be done.

“We need to have robotics not just for the competition, but something we need to practice having year-round. So at TAMCC, what we do is we started the TAMCC Robotics Club within the college where the amount of students that participated is roughly within the region of about 20 plus students. We do need lots of support still in terms of being able to have materials and other people to teach robotics to the students because there is a lot of interest coming from students, but sad to say we don’t have the resources, space or time because of schedule.”

The challenge of students having to balance their academic work and extracurricular activities with the demands that come with being a part of the robotics club is also a factor limiting the development of the club. “Most of the students are in different programmes in the school, which means they have different timetables, so scheduling to meet is quite difficult. Sometimes we have students dropping out of the club not because they are not interested, but it is just that when the time the club meets they are unable to attend,” he said.

Club member Samuel Webster travelled with the team for the first time and he is optimistic that the experience will be quite rewarding. He is responsible for the mechanical aspect of the robot. “I worked on the robot for the competition last year, but I didn’t get to go to take part in the competition so this is my first time taking part, but I am going to learn a lot for one, and most of the things I am expected to know because I am mostly responsible for the mechanical aspect of the robot.”

Club member Daron Cudjoe started off in the area of programming of the robots but quickly shifted to the robot’s construction. He is also excited to be taking part in this year’s competition. “I am looking forward to seeing the different ways that the various teams try and solve the problem because just from communicating with some of the other teams we see that their outlook on how to solve the problem is completely different than ours. I really want to see how the other teams would attempt to achieve the same end result as us and pass on the information to the next team so that they can have more options and a better understanding that they don’t have to stick to one design, but they can implement other designs that other teams may have used.”

Information Technology student and a member of the TAMCC Robotics Club, Sarsha Newton hopes that the club can attract more females with an interest in robotics to join. “I would love to see more women, especially involved in robotics. From my experience it has only been me and another female, recently we have experienced slight growth in the club but we hope to see much more.” 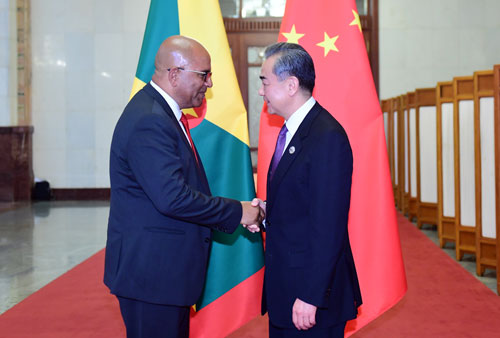