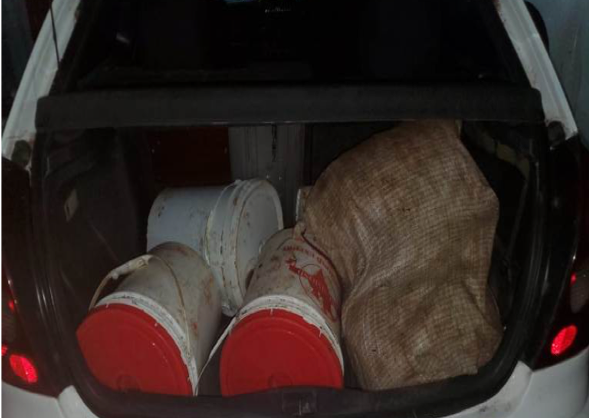 Three St Andrew residents have been arrested and charged after a joint police operation in Crochu, St Andrew that yielded 137 pounds of cannabis on Saturday, 5 October 2019.

Wendell Thomas, 43 years, Musician of Marquis, Kerry De Gale, 39, Technician of Conference and Derick Jeffrey, 30, Mason of Carrierre were taken into custody after two vehicles were intercepted with a quantity of cannabis worth an estimated street value of EC$288,036.

All three men have been jointly charged with Possession of, Trafficking in and Conspiracy to Traffic a Controlled Drug. They appeared at the Grenville Magistrate’s Court on Tuesday, 8 October 2019 and were granted bail in the sum of $25,000 with two sureties. As part of the bail condition, they are to surrender all travel documents and report to the Grenville Police Station between the hours of 6 am and 6 pm every Monday and Friday.

They will reappear in court on 4 November 2019.

NOW Grenada is not responsible for the opinions, statements or media content presented by contributors. In case of abuse, click here to report.
Tags: cannabiscontrolled drugcrochupolice
Next Post