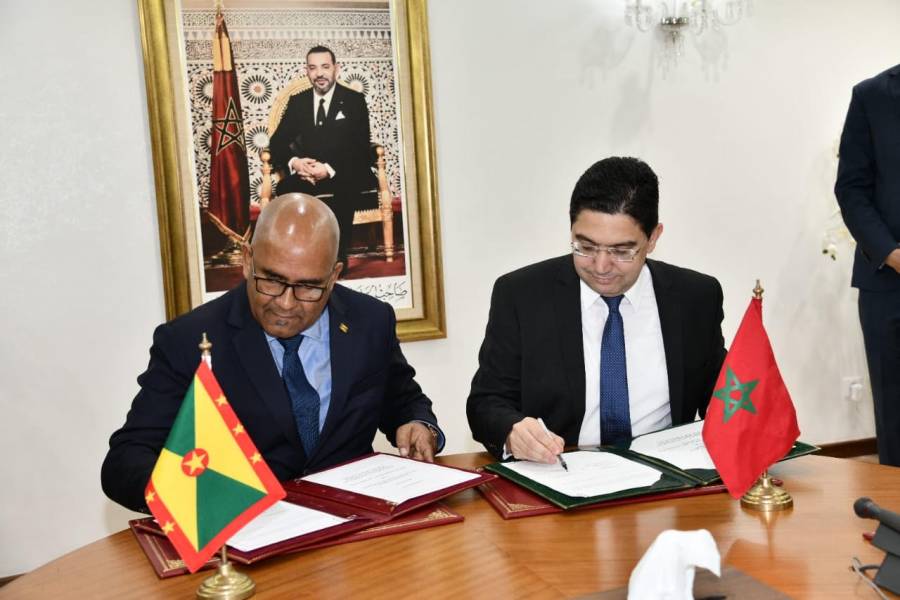 Grenada has signed another roadmap for cooperation with Kingdom of Morocco

Grenada has signed another roadmap for cooperation with Kingdom of Morocco

This story was posted 2 years ago
in Business, Politics, PRESS RELEASE
3 min. read

In a recent visit to Morocco by Minister for Foreign Affairs, Honorable Peter David, the two countries signed another 3-year agreement, defined as the ‘Road Map of Cooperation’ for the period 2019-2021.

The agreement aims to consolidate the excellent existing friendly relations between the two countries on bilateral, as well as multilateral, levels. The areas of cooperation include education, health, technical cooperation, agriculture, tourism, economic support and exchange of official visits.

Morocco’s Foreign Affairs Minister, His Excellency Nasser Bourita, said his government views Grenada as one of the strongest and most visible relationships they have in the Caribbean; adding that the new Road Map is a reflection of his government’s commitment and serious support of and appreciation for this relationship.

He pledged the Kingdom of Morocco’s increasing support to Grenada, annually. HE Bourita said Morocco will continue to work to strengthen this friendship even further and pointed out that it is his wish for Grenada to be seen as a beacon in the Caribbean in the areas of cooperation; especially in agriculture and tourism.

In response, Grenada’s Foreign Affairs Minister, Hon. Peter David, delivered warm greetings from the government and people of Grenada and thanked the government and people of Morocco for their continued support. Minister David agreed that the relationship is quite strong and growing every year; adding that the areas of cooperation are making a serious contribution towards the development of Grenada, as a whole.

“The Moroccan support, especially in the areas of Agriculture, Tourism and Education are designed not to create dependency; but to boost the independence of Grenada in those areas, and for this, we are extremely pleased,” Minister David said.

He highlighted the hard work of the teams on both sides and pledged Grenada’s continued support wherever possible towards the improved development of the government and people of Morocco.

While in Morocco, Minister David also met with the Director-General of the Morocco Agency for International Cooperation, Ambassador Mohammed Methqal.

Ambassador Methqal indicated to Minister David that following this working visit, Morocco now has a better understanding of the needs of Grenada, and would endeavour to work more closely with the country to meet those needs.

He said as part of the new roadmap, Morocco is seeking to increase the number of University scholarships to Grenadians, particularly those that conduct their lectures in English. He stressed, however, that Grenada needs to maximise the use of the scholarship quotas that Morocco gives every year.

Ambassador Methqal also thanked Grenada for its continued support on the international fora. Minister David, in that meeting, again expressed his government’s appreciation for the support from the government and people of the Kingdom of Morocco.

“The Ministries of Agriculture and Tourism were quite keen for the support received from Morocco and we look to deepen the cooperation in these areas as it brings tremendous benefits to the farmers and respective stakeholders,” the minister said.

The roadmap agreement, signed last Thursday, 31 October, is the second roadmap signed since Morocco and Grenada re-established diplomatic relations on 15 May 2011. The first was signed on 8 February 2013. 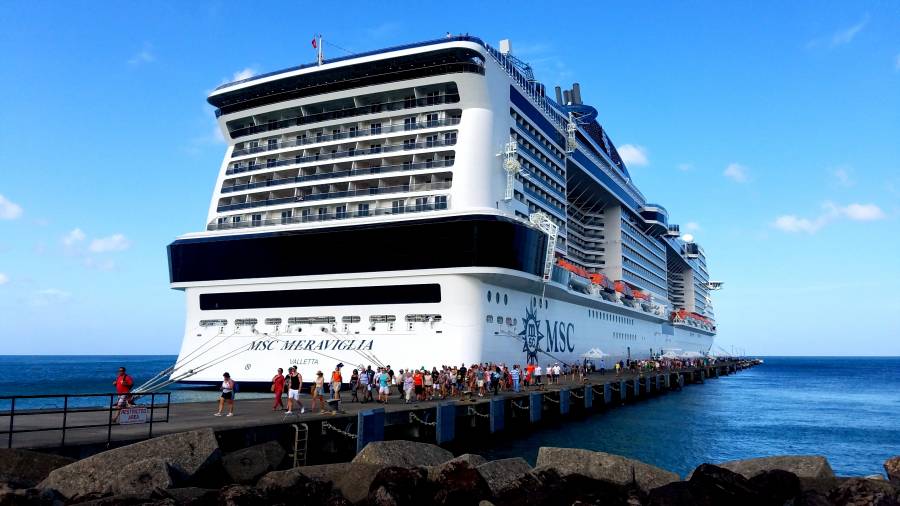