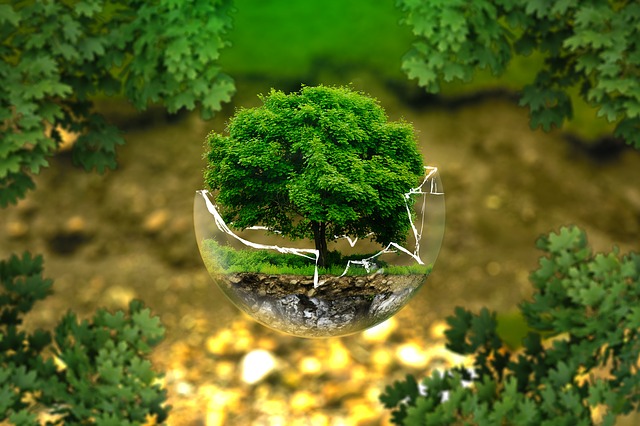 This story was posted 2 years ago
in Environment, OPINION/COMMENTARY
4 min. read

On the pathway to a ‘Hothouse Earth’ due to climate change!

On 5 November 2019, the ‘World Scientists’ Warning of a Climate Emergency’ was published in the renowned journal ‘BioScience’ (Oxford Academic). William J. Ripple and his colleagues; supported by 11,258 Scientists from 153 countries, declared “… clearly and unequivocally that planet Earth is facing a climate emergency.”

In 1979, scientists met in Geneva at the First World Climate Conference, “… and agreed that alarming trends for climate change made it urgently necessary to act”. Forty years on, and after several other summits, such as RIO 1992, 1997 Kyoto Protocol, the 2015 Paris Agreement, similar alarm bells have been and continue to be rung. These warnings and alarms however are falling on deaf ears, as global trends in greenhouse gas emissions (GHGs) continue to rise, with damaging impacts on the earth’s climate.

Although there have been snapshots of endeavours to curb or mitigate GHG emissions and climate change, the overall global impact is very worrying. For example, over the last 40 years, the emissions of three GHGs: carbon dioxide, methane and nitrous oxide have accelerated to unprecedented high levels; the ocean is rapidly turning acidic and the number of extreme weather events per annum has almost tripled.

But even more worrying, are the effects that human activities have on the emissions of greenhouse gases. In this regard, the authors note: “Profoundly troubling signs from human activities include sustained increases in both human population and livestock production, world gross domestic product, global tree cover loss, fossil fuel consumption, number of air passengers carried, …” and more.

Global leaders are off to another negotiation at the Conference of the Parties (COP) in Madrid, Spain. This I think is the 25th such negotiation on climate change that has occurred during the last 40 years. However, year-on-year, the outcomes of these negotiations have mostly failed to address the predicaments that face our earth. With very few exceptions, business-as-usual has been the name of the game.

In the meantime, “the climate crisis has arrived and is accelerating faster than most scientists expected. It is more severe than anticipated, threatening natural ecosystems and the fate of humanity.” If we (and I mean all individuals, societies, nations) do not act now, we are apparently committing our earth and our own fate to a “hothouse earth, well beyond the control of humans”. However, the over 11,000 Scientists have suggested a number of broad areas where actions must be taken to curb these impacts, they include energy, short-lived pollutants, nature, food, economy and population.

In the case of energy, a massive drive towards implementing energy efficiency and conservation and weaning of our economies from fossil fuels is not just required, but must urgently be embarked upon. Remaining stocks of fossil fuels should remain in the earth and must be replaced by low-carbon renewable sources. Developing nations should pursue development pathways that ‘leap-frog’ the use of fossil fuels.

Short-lived climate pollutants such as methane and a chemical used in air conditioning systems called hydrofluorocarbons (HFCs) must be curbed. This can slow climate feedback loops by 50% over the next few decades. It must be noted that the Kigali Agreement of the Montreal Protocol addressed the phase-down in the use of HFCs.

Nature and earth’s ecosystems must be protected and conserved. Many marine and terrestrial ecosystems serve as natural sinks for carbon dioxide. It is estimated that about one-third of emissions reduction can be achieved by the natural ecosystems of nature.

We must transition towards consuming more plant-based foods; while reducing the consumption of products produced from animals. This approach will definitely improve human health while reducing emissions of GHGs such as methane. In this case, land can be used for growing food for human consumption, as opposed for livestock consumption; while grazing land can be transformed into carbon sinks.

The economy heavily depends on the extraction of minerals and the exploitation of ecosystems. Driven by economic growth, excessive extraction and overexploitation occur. “Our goals, therefore, must be to shift from Gross Domestic Product (GDP) growth and the pursuit of affluence, towards sustaining ecosystems and improving human well-being by protecting basic needs and reducing inequality.”

The world’s population which is growing by about 80 million people per year or 200,000 persons per day has to be stabilised, within a framework that ensures social integrity. Relevant policies are required if the GHG emissions and biodiversity loss due to population growth are to be reduced. “These policies make family planning services accessible to all people, remove barriers to their access and achieve full gender equality, including primary and secondary education as a global norm for all, especially girls and young women.”

The convincing and mounting evidence is showing that we are rapidly approaching a ‘hothouse earth’ driven by human actions and the resulting impacts on earth’s climate system. As a result, the clarion call to address the climate emergency that is upon us is out. The key broad areas for actions seem to be overwhelming, but achievable. However, it boils down to us first recognising the emergency and then acting to deal with. We owe this to our future, let us act now.