Re: Your Election as Party Leader

The nation has greeted with great interest and expectation your ascendancy to the office of Political Leader of the National Democratic Congress. It appears to be a “watershed” moment for women in politics in Grenada. Permit me to offer my congratulations and a few comments/observations.

Congratulations, Madam, on your COURAGE and BRAVERY to serve your party and Grenada in this position and at this juncture in our country. Politics is BRUTAL, perhaps even dangerous, moreso for women.

Political leadership of the party is pointing ultimately in the direction of leadership of the country. Your entry into politics did not come via the electoral route but rather you answered a call to serve and became a Minister via a Senate appointment so you are starting a little handicapped since there is no “safe seat” in which to field the Political Leader. I therefore hope that you will have a circle of persons around you on whom you can depend – people who “have got your back” and want to see you SUCCEED. I do not mean “yes people” but people whom you can trust and will tell you what you need to know/hear. When the party leader succeeds, then the party looks good and everyone associated with the party looks good and confidence is built.

I recall the SHABBY treatment and disrespect meted out to former Party Leader/Political Leader, Tillman Thomas, during his term as Prime Minister. I trust, Madam, that the entire party has learnt from that episode and that your political colleagues will appreciate and value your capability and experience. Thankfully, “maximum leadership” does not appear to be the style of your party. However, a collection of bright persons DO NOT make a team and in the post-revolutionary period we the people have bemoaned the fact that a lot of bright people occupying the same political space NEVER seem to get their act together!! I hope that a Compact has been negotiated, that there are/will be protocols and procedures about how party business is conducted and its disputes are settled and that provisions are made for certain eventualities. You have served in the development NGO sector which considers process – including conflict resolution and concensus building – to be essential to a sustainable, quality product/output. Process is of paramount importance to organisational building and I trust it will become a hallmark of your political organisation. If a party cannot “take care of its own business”, how then can the public have confidence that it can run a country?

Role of Women in the Party

Traditionally, the women of the NDC party have been hardworking, no-nonsense people who, on more than one occasion, have brought a paralysed party out of crisis – going back as far as the post-Nicholas Brathwaite period. Thus, this public recognition by the party of the worth of its women has been LONG in coming. Even though the party has been at the vanguard of advancing the rights and status of women in Grenada, within the party, it has been slow in according that recognition and respect to its women, if one were to judge by the percentage of leadership positions held by women in the party and the percentage of women offered as candidates. Your party’s political rival, the New National Party, understands the international political capital of these numbers and has done well for itself in this regard. Regrettably, those numbers do not translate into influence on decision-making and agenda-setting, the improvement of the status of the women in Grenada or good governance in general. They are all wearing the same khaki cloth, in the same cut as the “boys”.

Clearly, in the recent elections of the Executive which brought you to the helm, an attempt seems to have been made to redress this gender inequality and I note there is almost 50-50 representation on the new Executive. Therefore, I trust Madam, that under your stewardship, there will be concerted efforts to develop the self-confidence and capacity of these and other capable women (and men) in the party to hold high office.

As you are aware Madam, your party is under intense scrutiny. Indeed, sometimes it seems that there is a different yardstick by which certain interests measure the party when compared with its political rival, the New National Party. And there seems to be those who have made it their quest to “mash” up your party. So, the party needs to be mindful of distraction, “keep its eye on the prize”, and address its business in order to be seen as a credible alternative to be entrusted with the stewardship of the people’s business.

Madam, it amazes me how the general public seems to always be “in the know” in respect of the party’s internal business. I believe that this is destructive and needs to be remedied. While party business is indeed the people’s business, ALL dirty/other linen need not always be washed/aired out in public.

While one has to be sensitive/responsive to the public – since one is seeking their vote of approval – you as Political Leader will need to have YOUR, unique brand. I imagine, Madam, that soon, you and your advisors, will be shaping YOUR brand and the party’s brand. Among the qualities of that brand Madam, I hope, is that the TRUTH will always be told to the public.

I am sure Madam, that you would not want to come across as any “Saviour” or “knight in shining armour” who is going “to save” Grenada. You are much too pragmatic. It is about educating, empowering, inspiring and mobilising Grenadians to save themselves – to imbue them with the confidence and means that THEY CAN. ALL hands and colours have a part to play and are needed on board in the business of building Grenada.

None better than you Madam appreciates the dire plight facing some of our women and children in this country, as has come to the fore recently. You have made enormous contributions to the design and implementation of programs to address some of those challenges. Your party also has several experienced, capable persons in this regard. I trust that your party will have a clearly articulated agenda that it can begin to implement, even while out of office. That said, the MEN also have to be brought along.

Stewardship of the People’s Assets

I trust, Madam, that your party, if elected to office, will remember at all times, it is the STEWARDS of the people’s business and ASSETS. We hope that at all times, it is going to be UPFRONT and TRANSPARENT in its relationship with foreign investors and governments and that it will not thrust its own version of “development’ upon us, particularly when that entails “giving away” our assets. There must be mechanisms by which we, the people can collectively participate in decision-making about matters of this nature.

We appreciate that government is a continuum and that decisions and commitments made by a previous government have to be honoured by the successor government. We are entering on TRICKY ground here, Madam Political Leader. On ascending to office in 2008, your administration inherited quite a number of these “suspect” projects. It is my considered view that the NDC administration of 2008-2013 had the sovereign authority to have rescued the people’s property in Levera from the debt junkie, Paul Taylor. It chose not to and played along with the so-called millionaire investor and now this property has apparently ended up in the hands of some Far Eastern group whose intent, it seems, is to create a millionaires’ playground. Based on a video circulated, apparently, there is not even room for Grenadians to be hewers of wood and carriers of water. The debt junkie seems to have benefitted HANDSOMELY while Grenadians whose LANDS WERE ACQUIRED are still awaiting payment. One or two have even gone to the great beyond. Your party has to have a definite plan as to how it would negotiate such MURKY situations.

Financing and the People’s Property

At all times, it must be remembered and understood by all and sundry, Madam Political Leader, that there are no free lunches!! Nations, institutions and individuals are not parting with their money because “dey like us”!! Among the questions to be pondered are: WHO are they, WHAT do they want in return and whether we can afford it. How will our people be impacted negatively and positively? Our political leaders seem to have a penchant for being blinded by apparent “glits and glamour”. They do not dig beyond the surface (DUE DILIGENCE) and it has become too much the trend that Grenadians are expected to “step aside” and GIVE UP what is their own to accommodate foreign investors because they “bringing jobs and development”. There are TOO many of these examples where promises have not been delivered, dreams broken, our assets alienated and we the people are left holding the debt and/or the white elephants. ENOUGH is enough!! So Madam Political Leader, when the party is negotiating financing, it must be remembered, that without informed people’s participation in the decision-making, the people’s property is OFF LIMITS!

I thank you, Madam Political Leader, for the opportunity to offer these comments and I wish you very best wishes as you embark on this new phase of the journey as Political Leader of your party. May the Most High bless, inspire and protect you! 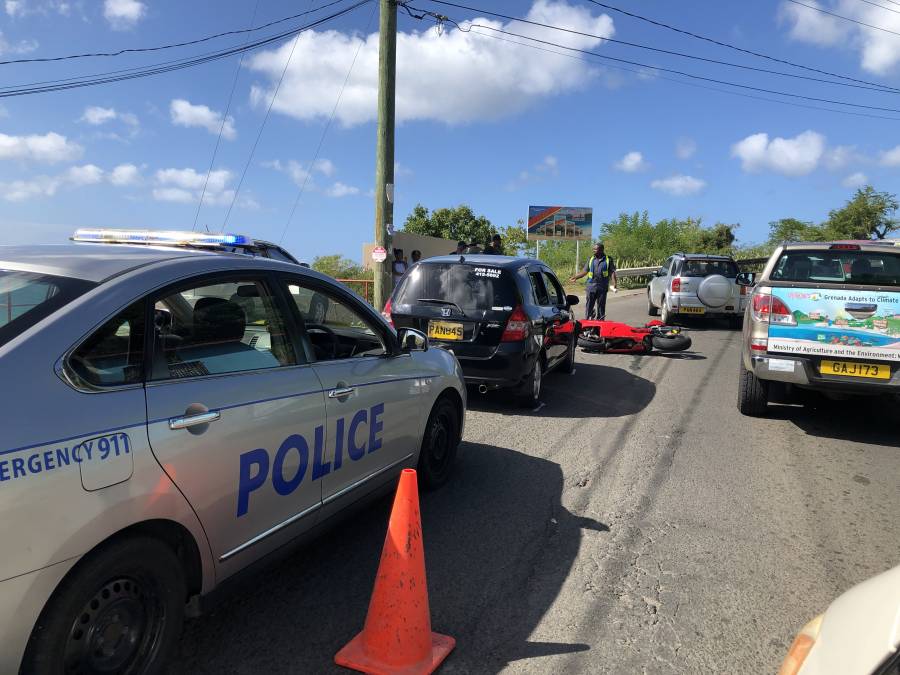