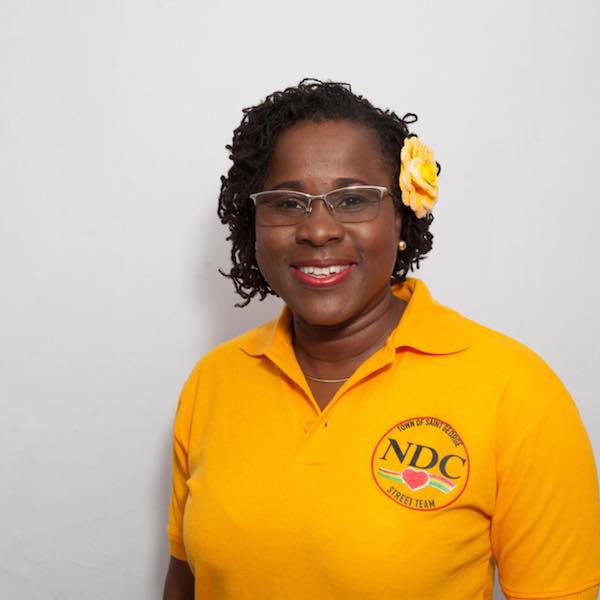 Cajeton Hood, Legal Counsel for Claudette Joseph, said that his client will not be acceding to any of the demands in the pre-action protocol letter in which she is alleged to defame Prime Minister, Dr Keith Mitchell.

The letter was served on his client by the law firm of Nigel Stewart and Associates last Friday, giving Joseph seven days to respond. If she did not respond, the letter informed that further legal action would be taken without notice.

“My client who is sitting to my right, is not prepared to accede to any of the demands that are contained in the letter,” said Hood who served as Attorney General to the Keith Mitchell administration from 2013 to 2017.

Joseph, at a news conference called by the National Democratic Congress (NDC) to express concerns about the Al Jazeera production “Diplomats for Sale” said Dr Mitchell is also an investor in the shrimp farm project for the parish of St Mark. The project was among other regional Citizenship by Investment (CBI) projects highlighted in the production which alleged that administrations in the region are selling diplomatic passports.

Joseph is claiming that the pronouncement from Dr Mitchell can be viewed in a Youtube video.

Dr Mitchell has denied that he was an investor in the project which was an approved CBI project. Government in March announced an investigation into that project after it failed to materialise. An update is yet to be publicly provided.

The letter from Nigel Stewart and Associates is demanding that Joseph, who is the Public Relations Officer for the main opposition National Democratic Congress and a lawyer by profession, cease and desist from repeating the claim; apologise and pay compensation in the amount of EC$350,000.

In his official response to the prime minister’s demands, Hood said that his client does not desire a legal battle and is not prepared to issue an apology nor pay any sum. “My client will not be paying a cent,” Hood said in a news conference where he informed the media that his client has officially responded to Dr Mitchell’s letter.

“As far as we are concerned, whatever interpretation Ms Joseph could have put to the statement that the Prime Minister made, it is not outside of the bounds of the content of the statement. The issue is not what you wanted people to hear but what objectively a person can conclude from your statement,” said Hood. “The court is not going to holding you liable if your interpretation is a reasonable interpretation of what was said,” he continued.

“No retraction,” Joseph added while expressing the view that the free speech as afforded in the constitution is under attack. “This is an effort to silence people who dare to speak,” she said.

Hood is claiming that the demands in the pre-action protocol letter is not in keeping with the standard procedures of the justice system because there is always room for negotiation when it comes to compensation and it is not demanded upfront.

NOW Grenada is not responsible for the opinions, statements or media content presented by contributors. In case of abuse, click here to report.
Tags: al jazeeracajeton hoodclaudette josephdiplomatic passportfree speechlinda straker
Next Post