The Ministry of Social Development, Housing, and Community Development has begun to reform the main safety net programmes on the sister isles in line with the SEED programme on the mainland.

This process began in March with the collection of data on all elderly households on public assistance programmes. These were assessed by the Grenadian Living Condition Index (GLCI) and eligible households are receiving an increase of $100.

The SEED programme was implemented with technical and monetary support from the World Bank in 2011. The programme is a conditional cash transfer and targets Grenada’s poorest and most vulnerable citizens. The main target groups assisted by the programme are the elderly, children, chronically ill, disabled as well as pregnant and lactating mothers.

As part of that reform, the elderly on the sister isles are receiving the same increase from $200 to $300 that was afforded to the elderly on the mainland. At present, the SEED programme provides students with assistance from as early as the pre-primary level ($50), primary ($75) and secondary ($100). Tertiary students receive $200.

This assistance is expected to economically empower them and improve their standard of living, but under the new mandate, the ministry seeks to break the dependency syndrome.

As a result, the reform of both the Beneficiaries Management Information System and the Targeting Instrument was considered necessary to ensure that the mandate of the programme is met.

Manager of the SEED Programme, Leonora George, said there are many lessons learned from the reforms that took place on the mainland with regards to the implementation of the programme and these would now be used as a guide to ensure that the programme is effectively managed on the sister isles.

“The SEED programme has matured in terms of its implementation arrangement with the World Bank. We are now on our own because we would have completed our implementation arrangements with the World Bank in that we completed all our Disbursement Linked Indicators (DLIs) and all other major milestones that were necessary. From last September, we attained that, so now that we are on our own, we are looking to introduce that concept of social safety net reform to Carriacou. We began with the elderly in Carriacou by recertifying them so that they can get the additional grant. So Carriacou will then experience what we experienced in Grenada by reforming our safety nets,” said George.

The ministry is working to ensure that the nation’s elderly benefit from a waiver of fees when seeking healthcare. This arrangement will be reviewed sometime in the new year.

“Our elderly beneficiaries also get waivers from the hospital whenever they go to do any check-up or any service from the hospital once they acknowledge that they are SEED beneficiaries. We are in the process of preparing cards for them. So, we are working on that; when that is done, then they would have the card to show. So, SEED is growing in terms of expanding its beneficiary registry to cater to as many in our vulnerable population.”

Although the dropout rate of students receiving assistance under the programme has declined, the ministry remains concerned and has sought to address this issue by encouraging families with children struggling at school to enroll them into institutions such as NEWLO where they can learn a skill.

“We do have concerns with the dropout rate. Although it is not as high as it used to be because we are encouraging our students who are having challenges at the secondary level to pursue courses at NEWLO and hence we’re giving them $200. So, what all records are showing is a number of them now transferring from the secondary schools into NEWLO and are graduating with a skill so that they can become employable. Also, the ministry has taken a firm step against parents who are not adhering to their core responsibility of sending students to school,” George said. “We do have concerns regarding some parents not adhering to the core responsibility of sending them to school on a regular basis and we have been issuing letters of warning to parents and I wish to say here that [we] will be very vigilant for the school year to ensure that all students attend school.”

George said continuous monitoring of beneficiaries is needed to understand what type of intervention needed to assist families to hold up their end of the bargain.

“We have to monitor our beneficiaries for more than one reason because, for example, there are families that need support so in monitoring them you would know whether we need a particular intervention. So for a household with children, especially [as] we have a number of our households headed by single mothers, so in a case where that mother is overwhelmed and may not be able to manage the children very well, that person can get support from the parenting programme or that person can get support from counsellors or can use the other services within the ministry so we know what intervention we need to make with some families.”

9,499 individuals receive assistance under the programme. So far 307 individuals were removed as a result of death, migration, dropout or graduation. In Carriacou, there are approximately 212 beneficiaries, while Petite Martinique has 71 beneficiaries reflecting 49 households. 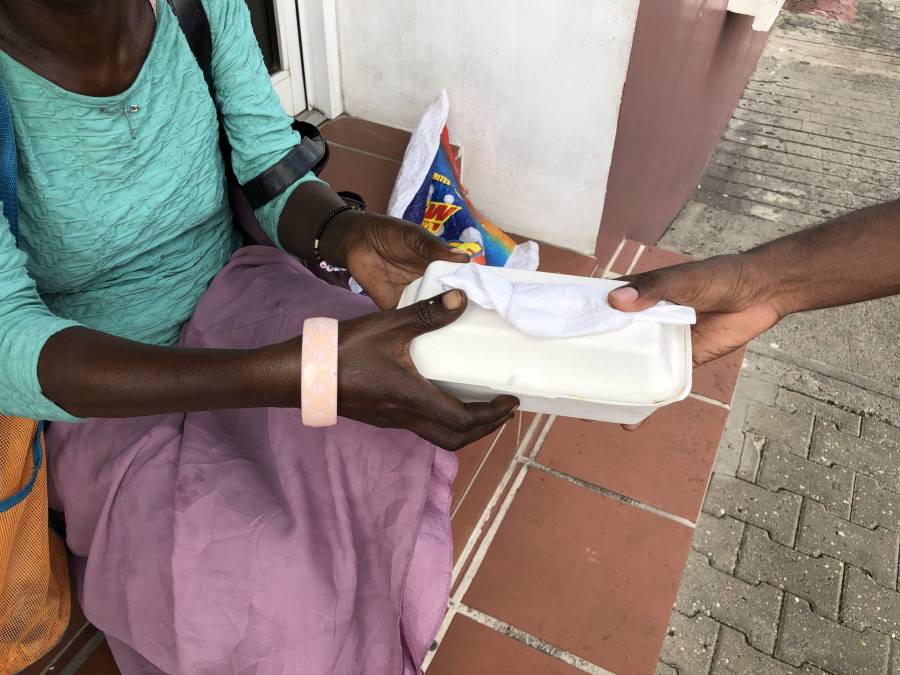