This story was posted 3 years ago
in PRESS RELEASE
4 min. read

Supporters, friends and members of the Willie Redhead Foundation gathered at the Radisson Beach Resort in Grand Anse on the evening of Monday, 18 November 2019 to celebrate the climax of the 25th anniversary (1994-2019) of the foundation.

They gathered to honour those in our society who have demonstrated their awareness and significance of the built heritage by the award of a Patrimonial Plaque and an Honour Scroll to those in the wider community who have made significant contributions to national development.

To begin the event, the Master of Ceremony, Cecil Edwards, requested the invitees to stand and give the foundation a hearty round of applause in achieving this milestone, despite the challenges over the years.

This was followed by the Invocation from President Rev. Samuel “Tim” Byam, then the playing of the National Anthem by Pianist Kemik DeGale, who displayed her virtuoso to the delight of the audience. President Byam gave the welcoming remarks and expressed the “good news” that at last, after 15 years of the passing of Hurricane Ivan, the debris from the damaged York House is being removed by the Ministry of Works.

Alan Bierzynski gave the feature address and drew attention to two salient points among other burning issues as follows: “If our primary school students are not engaged in developing an appreciation of the built heritage and the need not to litter their surroundings, it will be that much harder when they are distracted by the demands of secondary school and the cultural penetration coming over the internet on their personal electronic devices.” And the other, “Our tourism product …… should not ever be the subject of political differences because it just makes common sense to renovate the public library building on Mathew Street and the burnt-out buildings adjoining the drill yard to be at least cleaned up and make safe for tours, and finally, it appears that “something” may be happening at York House. Is this another state secret?”

There were five plaque awardees and four honour scroll recipients. The citations for the plaque awardees were read by Gloria Payne-Banfield, and that of the honour scroll recipients were read by Lorice Pascall. Anya Chow Chung, CEO of George F Huggins, graciously made the plaque presentations while Roxie McLeish-Hutchinson, Permanent Secretary in the Ministry of Climate Resilience, graciously made the honour scroll presentations. All of these proceedings were ably assisted by Kemik DeGale.

For the record, the five plaque awards were presented to the St John’s Anglican Church in Gouyave; the St Louis RC Girls School (stone building) in St George’s; The Holas Residence “Chez Nora” in St Patrick; the Mt Rose house of Tony Courtney in St Patrick, and Denis Mason’s house in St Andrew. The four honour scrolls were presented to the St George’s Community Library, the Coyaba Beach Resort landscaped gardens, Catherine John and her Chelsea Team with five consecutive golden awards, and Jeanne Fisher for the promotion of Grenada’s History, Arts and Culture.

The Vote of Thanks by Lorice Pascall which acknowledged the support of our three sponsors, namely Co-op Bank, Republic Bank and Hubbards, ended the formal session This was followed by a presentation by the Ven Vwei La Grenade Dance Company under the direction of Davis Thomas This dance company is perhaps the leading performers of Grenada Folk music and dance, which left us with a taste of the culture of Grenada’s latent performing arts, and a reminder of the artistic expressions of our ancestors.

The curtains came down with a standing ovation for Jeanne Fisher who gave a short history of her arrival in Grenada from Mexico in 1955, and her immediate love for the island on her dramatic arrival via a five-seater seaplane on the Carenage with the Georgian warehouses lining the water edge and the surrounding mountain and green backdrop interspersed with Grenadian vernacular buildings – together, made a lasting impression on the visitor, now permanent resident and major contributor to the craft Industry, the setting up of the museum, the arts council, and what she is most remembered for, her Tikal art shop on Young Street in St George’s, now the Chocolate House.

The foundation wishes to thank WEE-FM for its radio recording of the event and looks forward to having it exposed to the public as soon as possible.

Last but not least, the staff of the Radisson Beach Resort for the efficient and professional service provided for the successful holding of the event.

NOW Grenada is not responsible for the opinions, statements or media content presented by contributors. In case of abuse, click here to report.
Tags: honour scrollnational developmentpatrimonial plaquewillie redhead foundation
Next Post 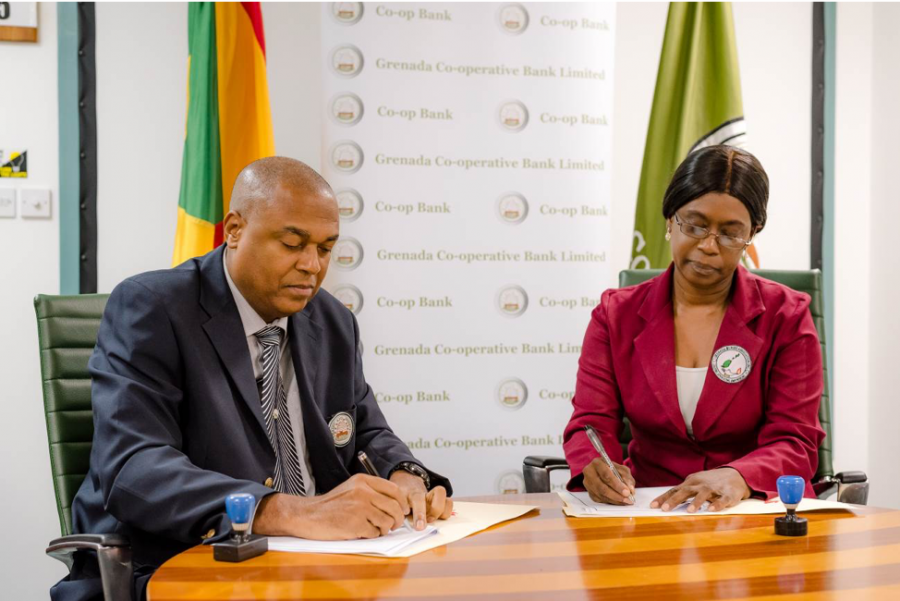