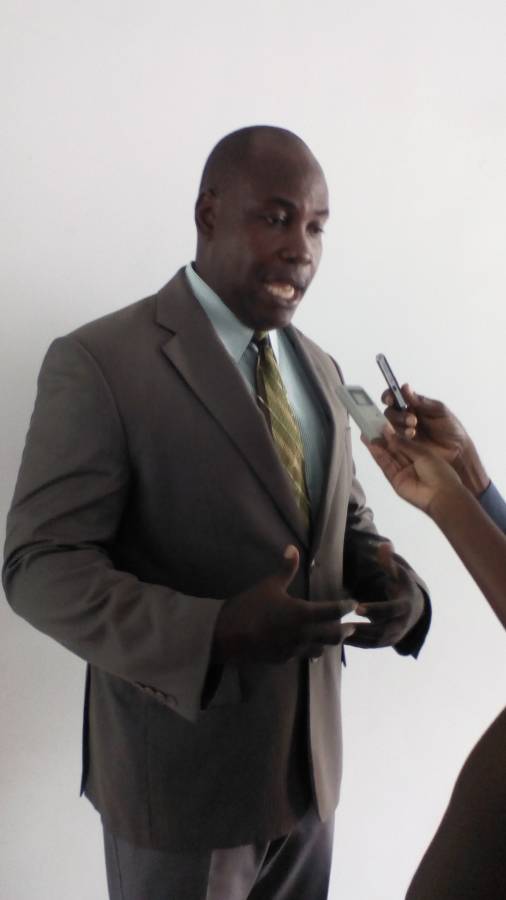 This story was posted 2 years ago
in Business, General News
3 min. read

Superintendent Tafawa Pierre, Head of the Financial Intelligence Unit (FIU) believes that corruption perception indices are measuring sticks which encourage states to strive for all-round improvement and is encouraged that Grenada is holding steady in the annual ranking of Transparency International.

“Noting that the impact of corruption on small developing countries are greater than their larger and more developed counterparts, national stakeholders must do more to engage the nation about the prevention of crimes of corruption and implement a comprehensive national risk management system to address Grenada’s vulnerabilities to corrupt activities through perceived weak national systems,” Pierre is quoting as saying in a news release from the Office of the Integrity Commission.

The Integrity Commission release said that having reviewed the 2019 Corruption Perception Index (CPI) report, it has observed that a staggering number of countries is showing little to no improvement in tackling corruption.

Transparency International’s Corruption Perception Index is based on the perceived levels of public sector corruption according to experts and businesspeople and was published on Thursday, 23 January 2020. Grenada received a score of 53 out of 100 and ranked at 51 out of 180 countries – moving two places up from 53 in 2018.

Grenada is among four Caribbean countries which saw an improvement in their ranking in the Transparency International 2019 and ranks in the top third of the least corrupt countries in the region and in the world after its re-entry to CPI evaluation in 2016, after a lapse of eight years. The CPI uses a scale of 0 to 100 to score countries, with 0 being highly corrupt and 100 very clean.

Chairperson of the Integrity Commission, Anande Trotman-Joseph, said, “We are positive that Grenada will continue to improve in the CPI rankings once national best practices and data sets evidencing the efforts of national stakeholders in addressing corruption management, and fiscal and procurement systems are mainstreamed, and integrated into global databases.”

Lady Trotman-Joseph asserted that “the consistency and improvement in Grenada’s performance is a testament too to the continuous and focused work of the Commission in the areas of receipt of asset declarations, capacity building for public officers and statutory bodies, public education of the public sector and wider society about integrity and corruption management, and implementation of compliance and investigations systems. The commission’s work is encouraged by the growing collective national will.”

The release said that Grenada has been receiving positive recognition and commendation for the implementation of anti-corruption best practice efforts, nationally, by regional bodies, the Commonwealth Secretariat, and the UN Office on Drugs and Crime.