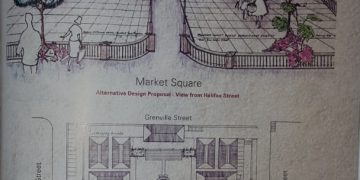 Grenada belongs to all of us

Grenada belongs to all of us

This story was posted 2 years ago
in Business, OPINION/COMMENTARY, Politics
7 min. read 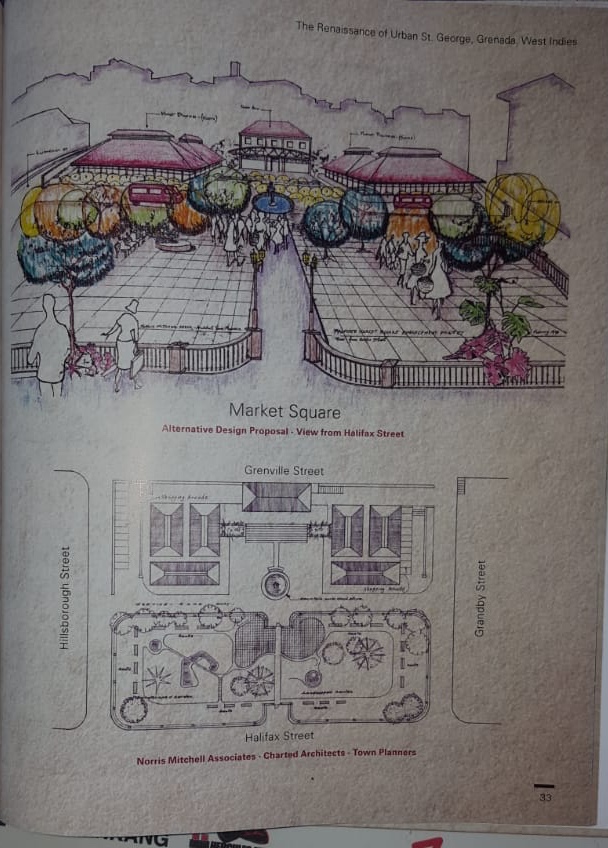 At first glance the caption above may appear simplistic, but as Ludwig Mies Van Der Rohe, one of America’s great 20th century architects opined, “Simplicity is not for the simple.” A thoughtful introspection therefore may reveal a completely different picture.

The beginning of the third decade of the 21st century could be a good time in our evolving history, to examine the system of government which we inherited from the British in 1974, by which we are supposed to be governed.

Our two-party system of government which provides for a parliamentary structure with the party who wins an election would govern, and the other party to sit as the opposition as a check and balance, is predicated on the assumption that the electorate has evolved to the stage where policies rather than personalities are the deciding factor in casting one’s vote. In this regard, the current scenario exposes our dilemma.

In support of this argument the following analysis is presented – as experienced in our 46 years of “political” independence, come 7 February 2020.

For starters – let’s begin with the electoral process. How can an institution which is supposed to cater for the protection and execution of our hardwon franchise: one man one vote – the bedrock of our democracy, be controlled, not by an independent electoral office as prescribed by our constitution but by the office of the Prime Minister; what is the message we are getting GRENADA? That our democratic institutions have been hijacked.

The function of an election office in any democratic society is to ensure a free and fair election which would represent the WILL OF THE PEOPLE. This, in my experience, has not been the case in at least the last two elections where in some constituency “foreign” faces, perhaps CBI persons whose identity are only known to the government; seem to dominate the polling stations, persons from neighbouring countries were allowed to vote without an identification card, but on the illegal signature of a Justice of the Peace.

But that is not all: the buying of votes with cash and or the giving of building materials with a cooker or fridge thrown in, and the impression on polling day that the stations were controlled not by the election office but by (the) operatives of the incumbent party – a clear sign of our fractured democracy. Not forgetting the recommendations by the OAS and Caricom election supervisory mission after the 2013 and 2018 elections, for urgent electoral reforms which have not been addressed and which would have the same unsatisfactory result as in previous elections.

All of the above is testimony to a gullible electorate, who is unduly influenced not by the policies or programmes of the contending parties but by a bribe every five years, while in the interim they survive on unfulfilled political promises and deception. This state of affairs is a winning formula for under-development and continued poverty in a truly third world massa country, instead of people’s empowerment.

Another anomaly is the first past the post system of winning a constituency seat. This travesty has unfortunately been demonstrated highlighted in the last two elections when the opposition party with a support of over 40% of the electorate ends up with not a single seat in parliament. The opposition NDC party should agitate for radical changes to the electoral process in our constitution, as a means of reinforcing/repairing the fractured foundation of our democracy.

This situation is not conducive to participatory democracy and leaves a large percentage of the people of Grenada, Carriacou and Petite Martinique unrepresented in national affairs. This is made more apparent when the “winning” party (from all appearances) does not include the members of the opposition as part of the Grenadian Community, worthy of sharing the little benefits of a third world country, with its policy of exclusion and victimisation (pettiness). Unless these conditions are rectified, genuine progress and prosperity would elude our poor Grenada, where the brainpower of almost 50% of our small nation remain unutilised.

Another critical observation is the appellation “honourable.” No sooner than a member of the public wins a seat in an election he/ she immediately (overnight) becomes an honourable person. Not even the British from whom we inherited the system refer to their parliamentarian as honourable – just members of parliament (MP). Our third-world anglophone politicians appear to be more interested in their “public ego (perception)” rather than the essence of leadership and people’s empowerment.

How can Grenada belong to all of us when the poor and politically unconnected are denied justice from a system that is broken – apparently by design, in order for fraudsters and crooks to live off the fat of the land with impunity.

In an economy that is booming, and we are told is the most robust in the Eastern Caribbean; with a rich soil structure and good climate which could support a vibrant agricultural industry to feed ourselves; our food import bill is in the millions of US dollars annually and is rising fast. A booming economy that produces hardly anything and imports almost everything – a consumer society which is an inbuilt formula for economic failure.

All of this brings into question the leadership of our country. Is winning all 15 seats in an election on three occasions an index of progress, or put (in) another way – what significant progress for the better, has Grenada made under a government that has been in office for such a long period? Almost 30 years. The answer would, of course, vary with the colour of one’s politics, but there are universal criteria which classify genuine progress as opposed to poverty and dependency, which seems to be our Grenadian destiny.

In this regard let us put the spotlight on one such immediate and urgent criterion – that of INFRASTRUCTURE. The infrastructure of Grenada, Carriacou and Petite Martinique is nearing collapse. In the capital city of St George, for example, a brief list on this occasion will suffice: Derelict and abandoned buildings on almost every street in the town, the desecration of the Market Square which should revert to its original function as an Open Public Space and the relocation of vendors; Restoration of York House – still pending, 15 years after Hurricane Ivan, the repair of the Public Library now closed going on nine years, repairs and upgrading of Fort George a major tourism site; flooding and drainage including the River Road area, broken pedestrian concrete sidewalks, the parking nightmare, street vending, garbage collection and disposal and the GREENING of St George’s. Any prospects for a UNESCO nomination? (See Grenadian Voice editorial of 3 January 2020).

The fire on Grenville Street which destroyed four buildings in the early hours of Thursday morning on 9 January 2020, cannot be omitted under infrastructure. The confusion and “disorderly” installation of the town’s ageing electrical distribution system and vagrancy are cause for concern, and any upgrading of St George’s into a Climate Smart resilient city as proposed must take these factors into serious consideration. It should also be noted that three of the buildings were old wooden structures with limited fire resistance rating in a busy and congested commercial area of the town.

In the St George suburban area – the recent collapse of the Western Concord main road at Moliniere and the road slippage on Marrast Hill together with Windsor Forest road in St David, are wake up calls to the Ministry of Works that professional design, construction and a rigid maintenance schedule should be the criteria in utilising the best professional talent available and not used as a means of providing jobs for party supporters, in an effect to drain the swamp of ineptitude and corruption. Grenada would never get value for money with this myopic policy, which would only plunge the country into additional dept while consigning us further into underdevelopment.

In a related matter, Clem John a resident of St John has reported on page 7 of the 3 January 2020 issue of the New Today that the Concord Bridge which was built in 1864 (156 years ago) is cause of concern. The constant use of heavy and oversized construction vehicles for which it was not designed to accommodate, has become a potential danger and the urgent need to construct a new bridge in order to avert a potential disaster has been brought to the attention of the St John’s parliamentary representative many years ago.

Attention was also drawn in the article to the broken section of the road between Woodford bridge and the hot mix plant in Perseverance overlooking Halifax Harbour, with a wooden barrier and three empty oil drums as a deterrent for the past three years which is also subjected to heavy traffic on a regular basis, like the Concord bridge, and could result as in Moliniere in a land slippage into Halifax Bay, with no apparent alternative road between St George’s and Gouyave, should this occur. In both reports, no response from the parliamentary representatives has been had.

Since Grenada belongs to all of us, we must have a say in the governance of our country. The parliamentarians who sit in the house (of representatives) are our representatives, they are obliged to reflect the wishes of the people, NOT THE OPPOSITE, which regrettably has become the norm.

Our recent history has shown that “onemanism” (the maximum leader) is not a formula for success or succession (continuity). The GULP died with the passing of Gairy, the revolution imploded with the assassination of Bishop and the incumbent party apparently is heading for a similar fate.

Because Grenadian belongs to all of us, it is therefore our sacred duty to do what is necessary to RECLAIM our country for ourselves and for posterity, and not only for the greedy few who wish to control it for themselves by any means.