This story was posted 2 years ago
in Education, General News
5 min. read

Minister Pierre said this is far from the truth, and cleared the air on the matter during Tuesday’s Post-Cabinet briefing, two weeks after the ministry released an internal circular dated 8 January 2020, to the various schools across the island reminding teachers that they must refrain from engaging in private work or to seek private work during or outside of normal working hours without having necessary authorisation from the Public Service Commission.

According to the circular, the Ministry of Education indicated that based on the SRO 27 of the Laws of Grenada:

a) to undertake any private work for payment or to engage in trade or employ themselves in any commercial or agricultural undertaking without the consent of the appropriate service commission.

Order 27 – Public officers are not allowed to accept the auditorship or directorship of societies or companies without the approval of the appropriate service commission.

The education minister provided some examples of teachers engaging in private work that is in direct conflict with their duties during school hours.

She pointed to one occasion where a teacher was said to have been operating as a bus driver at 8:30 am while students are left unattended in the classroom, and that said teacher was also reported to have left the classroom at 2 pm to catch passengers on their way home from work.

Another example involves a teacher requesting a day off to engage in the slaughtering of chickens while another applied for permission to undertake private after school programmes while being on sick leave for months.

“This challenge is not just about people going off to work but it is also of people taking leave within the system and we have brought this to the attention of the union. Now absolutely nothing is wrong with a teacher being on sick leave for three years but as a government, we have to ask ourselves it is right for the Ministry of Education to pay a teacher full pay while they are on leave for three years and in addition to that, to pay another teacher to replace that person. These are some of the challenges we that we face in the education system and unless we write and we take action, our children will continue to suffer,” said Minister Pierre.

Minister Pierre said her government has absolutely no problem with any public officer who decides to engage in additional work to have an additional source of income, however, authorisation must first be given before attempting to engage in private work. She said, “It cannot be in conflict with what you do for the Government of Grenada…so we are saying a teacher can do five additional jobs if they can, but let us ensure that it is not conflicting with your job as a teacher.”

Teachers are also reminded that it is within their job description to perform any additional duties including extracurricular activities which from time to time be assigned by the principal and the education officer. On that note, Minister Pierre made it clear that “extracurricular activities do not refer to sports. Sports are defined in the Laws of Grenada as a core curricula activity, meaning it is part of the education of our students, so activities there which can be seen as practical activities, they are all part of what is required by the Act of Grenada,” the minister said.

The minister indicated that there is only one area where both the government and GUT differ on the interpretation of work-to-rule and it relates to section 18 of the Education Act which states that:

(1) A student is accountable—

(a) to the relevant teacher for his or her conduct on school premises during school hours and whenever a teacher is in charge of the student while engaged in authorized school activities conducted outside school hours;

Based on the government’s interpretation, Minister Pierre said this the law anticipated that there will be activities during school hours and after school hours. However, she said the union has a different interpretation and there lies the sticking point in their negotiations, but at this point has not engaged in a serious debate over this issue.

She said what was discussed was the issue regarding the payment of monies to teachers who were absent from work. “The union said we did not work for nine days in most cases and the government did not pay us for those nine days and we are entitled to have that back. We have attempted to explain this to the union that we can only work with what is contained in the laws of Grenada when it comes to industrial action. So, the law speaks to red armband, it speaks about go slow, it speaks about strike, but nowhere contained is ‘rest and reflection’ and the government has been consistent that we cannot honour ‘rest and reflection’ as an industrial action because it exists nowhere. To date, we have not been able to find anywhere nor has the union been able to present us with anything that justifies ‘rest and reflection’,” said Minister Pierre.

Therefore, the government has and continues to maintain that they have no obligation to refund any money to teachers who said that they were on ‘rest and reflection’ during 2018 industrial action.

NOW Grenada is not responsible for the opinions, statements or media content presented by contributors. In case of abuse, click here to report.
Tags: grenada union of teachersministry of educationpublic service commissionrest and reflectionwork to rule
Next Post 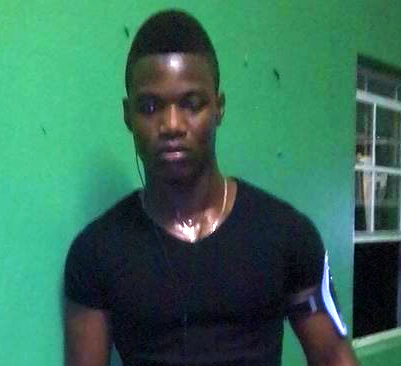