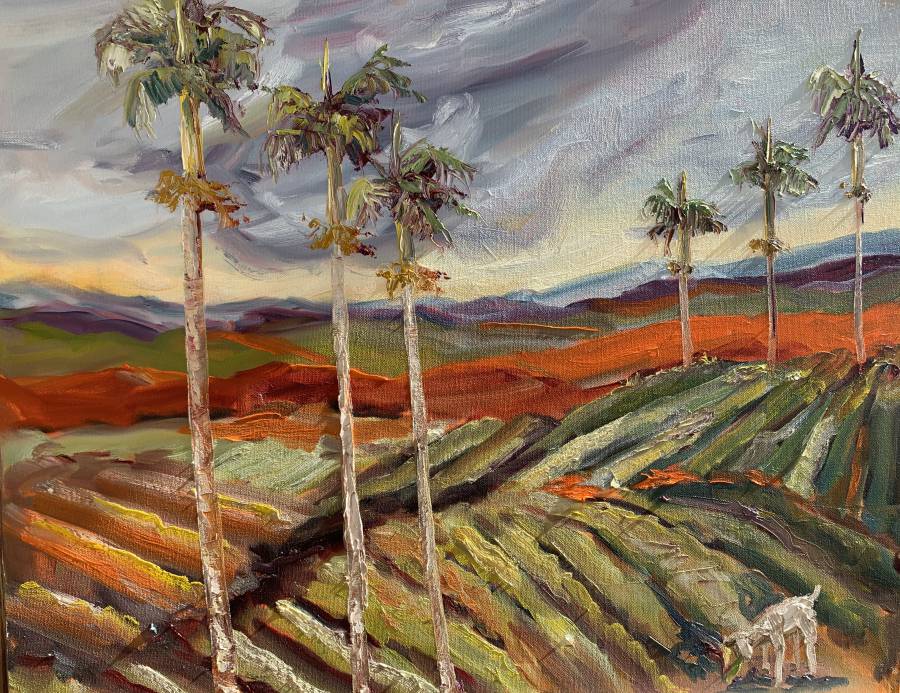 One and One – A Caribbean Fusion

One and One – A Caribbean Fusion

When two women with strong styles are put in the same room, you might expect fireworks.  However, these two women have come to an agreement that Caribbean fusion is the wave of the future, and the exhibition “One and One” is the visual realisation of that ideal.

Susan Mains and Catherine Forter Chee-a-Tow have been compañeros in art for many years.

Mains lives in Grenada and has Bajan roots. Forter Chee-a-Tow lives in Barbados and has a thoroughly Caribbean family. Yet despite the distance and the saltwater, they have worked together in a number of exhibitions. Both have a decades-long history of painting and their work has been collected extensively worldwide. Mains has been the Commissioner of the Grenada Pavilion at the Biennale di Venezia for the past three editions and is a director of Art House 473 in Grenada. Forter Chee-a-Tow has been the director of A Gallery and has long term experience in international relations. These two women are no-nonsense powerhouses.

This exhibition that opens at the Gallery of Caribbean Art in Speightstown (Barbados) on 12 January seems to pull out the best from both of them.

Mains has been exploring the ancestral voices that she has discovered through recent DNA tests and family tree studies. The winding trail led back to the Vassal family of pilgrims from England to the United States, who eventually ended up in Barbados, then Grenada (think 1600s). Also in the mix is the Warner family. She is still connecting the dots, but one thing she is quite sure of is the pull of the land.

“History has many painful stories and many wrongs that can’t easily be set right. But what is certain is the value of the rich resource of the land and our connection to it.” Her landscape paintings are “paysage magnifique” following the swoop and turn of Atlantic breezes caressing the canes. You will most likely find a goat or two in and between. (Just don’t ask.)

Forter Chee-a-Tow has for many years explored the Creole Woman in her paintings. Demure, enticing, mysterious, they often occupy a centre stage among flora. Ever striking a strong feminine chord, now we see these people appearing in scenes of jazz and pan music. The gesture is strong, with angular contrasts pulling one into its rhythm.