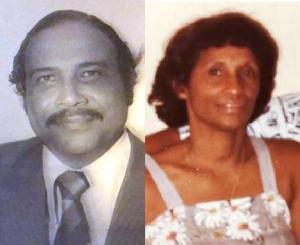 Preudhomme and wife will be buried on 21 January 2020

Preudhomme and wife will be buried on 21 January 2020

Herbert John Preudhomme, a former member of Parliament for the constituency of St John and his wife Joyce, who died days apart a few weeks ago, will both be buried on 21 January 2020 at the Dougaldston cemetery in Gouyave.

The Preudhommes were residing in the USA, and their bodies arrived in Grenada on Thursday, 16 January. Preudhomme on many occasions acted as premier during the struggle for Grenada to become an independent state and was appointed deputy prime minister in the first parliament after Grenada gained independent sovereignty from Great Britain on 7 February 1974.

Grenada before independence was an associated state and the Head of Government had the title of Premier. The premier at the time was Sir Eric Matthew Gairy and whenever he left the island for independence talks in the UK, Preudhomme acted until his return.

Preudhomme died on 2 January, six days short of his 90th birthday. He was one of the founding members of the Grenada United Labour Party (GULP) and his death has bought an end to an era of the founding executive members of the GULP. The party was removed from office by the 13 March 1979 overthrow of the Maurice Bishop-led People’s Revolutionary Government (PRG).

“Uncle Pre” as he was called, spent most of the revolutionary years as a political prisoner of the PRG, during which time Grenada’s independent constitution was suspended. When democracy was restored after the collapse of the revolution, Preudhomme contested various general elections but was never able to return to parliament. His last election as a candidate was the 2003 General Elections. The GULP is now a defunct political movement.

Gregory Bowen, Leader of Government Business in the current House of Representatives confirms that the former MP is qualified to receive a state-funded funeral. Bowen also confirmed that the upcoming sitting of the house will see members recognise the contribution of Preudhomme who served in different ministerial cabinet portfolios while he was a member.

His wife Joyce died on 26 December 2019 at the age of 84. The two celebrated their 65th wedding anniversary in October 2019. They are survived by four children, grand and great-grandchildren.

Extension of deadline to respond to consultation documents