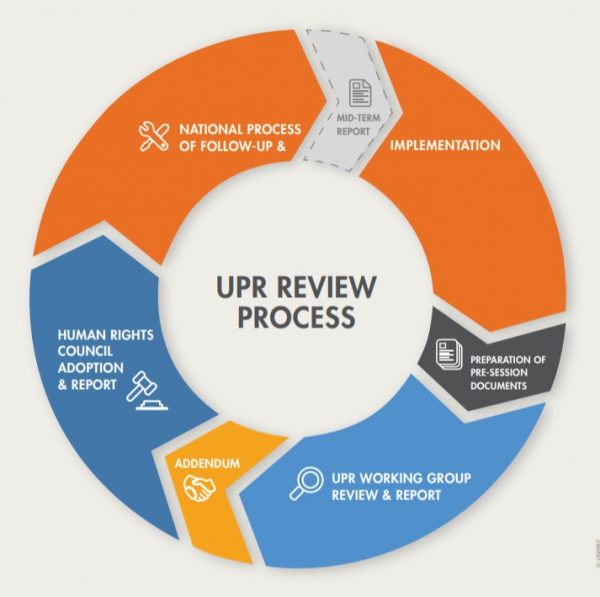 Both the United Kingdom (UK) and the United States of America (USA) want Grenada to undertake legal reform that will protect children against forced labour and provide protection for nationals based on their sexual orientation.

“Repeal all legal provisions that discriminate against persons on the grounds of their sexual orientation and gender identity, including those in the Sexual Offences Act and Criminal Code,” the UK said while sharing its opinion on Grenada’s 2020 Universal Period Review which was held in Geneva on Monday, 27 January 2020.

The Universal Periodic Review (UPR) is a unique process which involves a review of the human rights records of all UN Member States. This was Grenada’s third cycle. The first and second was conducted in 2010 and 2015 respectively.

“We recommend that Grenada decriminalise LGBTI status and conduct by repealing Article 431 of the criminal code,” said the representative who spoke on behalf of the USA.

Regarding the protection of children, while the UK called for Grenada to ratify and implement the Protocol of 2014 to the ILO Forced Labour Convention 1930 (P029), the USA called for an amendment to a national law. “Amend Article 32 of the Employment Act to expressly prohibit hazardous work for children and trafficking of children in all cases,” said the USA which also called for further protection to children by amending the Prevention of Trafficking in Persons Act to make clear that an act can be considered trafficking even if it does not involve explicit threats, abuse of power, or other forms of coercion.

Protocol of 2014 to the Forced Labour Convention 1930, obligates states parties to provide protection and appropriate remedies including compensation to victims of forced labour and to sanction the perpetrators of forced labour. It also obligates states parties to develop “a national policy and plan of action for the effective and sustained suppression of forced or compulsory labour.” This ILO convention entered into force in November 2016.

In its statement, the UK recognises Grenada’s progress since its 2015 review, including ratification of a number of human rights treaties such as the Convention Against Torture, the Convention on the Rights of Persons with Disabilities, and the Convention on the Elimination of All Forms of Racial Discrimination. It further calls for Grenada to adopt an open, merit-based process when selecting national candidates for UN Treaty Body elections. “We commend Grenada for being the first Caribbean country to decriminalise defamation and encourage the government to increase its efforts to protect media freedom,” while expressing concern about child abuse and gender-based violence.

“We remain concerned about reports of domestic violence and child abuse in Grenada and encourage the government to increase its efforts to reduce this by implementing strategies to support victims in reporting cases without fear.” The UK representative encouraged Grenada to establish an independent national human rights institution, in accordance with the Paris Principles.

The United Nations Paris Principles is the international benchmark against which national human rights institutions can be accredited by the Global Alliance of National Human Rights Institution (NHRI). Adopted in 1993 by the United Nations General Assembly, the Paris Principles require NHRIs to: Protect human rights, including by receiving, investigating and resolving complaints, mediating conflicts and monitoring activities, and promote human rights, through education, outreach, the media, publications, training and capacity building, as well as advising and assisting the government.