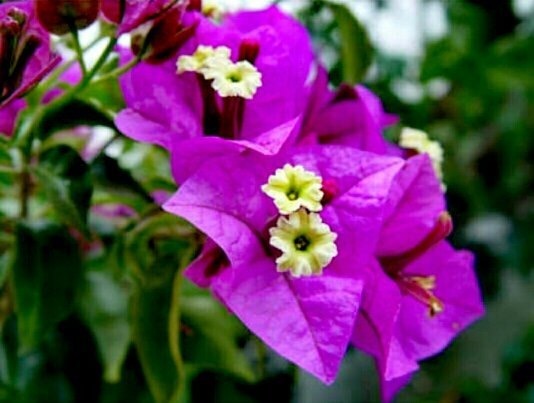 This story was posted 3 years ago
in Agriculture/Fisheries, PRESS RELEASE
2 min. read

On 25 February 2020, the Apothecary Garden hosted a colourful ceremony where the Embassy of Grenada presented seeds of Grenada’s national flower, which were a part of the display that won the largest flower contest RHS Chelsea Flower Show.

The Apothecary Garden, founded in 1706, by decree of Peter the Great, is the oldest botanical garden in Russia. With a history of 314 years, the Apothecary Garden is the most exotic corner of wildlife in the centre of Moscow, on Mir Prospect. Today it is one of the most pleasant places in the city to relax, where at the same time you can find palm trees, Japanese carps, cats of royal blood, sunbathing turtles and blooming sakura.

Grenada’s national flower, the Bougainvillea (Nyctaginaceae) is a genus of woody climbers. Bougainvilleas are widely-grown and are popular tropical vines whose main attractions are very colourful bracts or leaves. These bracts are mistaken by many as the flowers of the plant because of their prominence. The flowers are actually the trumpet-like, small, white and inconspicuous items surrounded by the bracts. Each cluster of three flowers has three to six bracts surrounding them.

The Ambassador Extraordinary and Plenipotentiary of Grenada to the Russian Federation, His Excellency Oleg Firer, presented the seeds of Grenada’s national flower to the city of Moscow through the Apothecary Garden. This flower was a part of the display that won the largest floral contest, RHS Chelsea Flower Show in 2019. Grenada has already won 15 gold medals at this contest. Last year’s theme was called, “Carnival of Exotic Tropical Flowers.” This bougainvillea will be a magnificent addition to the collection of the Apothecary Garden, which contains the most striking examples of the world’s flora.

This colourful event opened the new season on a sunny Moscow day.

Embassy of Grenada to Russia

NOW Grenada is not responsible for the opinions, statements or media content presented by contributors. In case of abuse, click here to report.
Tags: apothecary gardenbougainvilleachelsea flower showembassy of grenadaoleg firer
Next Post