A swift, critical, provocative and inquiring reaction to the approach taken by the Parliamentary Elections Office (PEO) on what is referred to as the Replacement of Expired Voter Identification Cards has been circulated and appears on the internet, via the articles “Grenada’s Voter ID Card: How Legal and Applicable?” and “Grenada Voting Process Setting For More Controversies And Contempt”, along with “Open Questions On The Recent Press Release By PEO/SOE”.

It seems that those articles have not appealed to the consciousness and determination of Grenadians especially the voting population, have not drawn any patriotic and political traction and have not had the concurrence of professional and public institutions. It may well be that individuals do not wish to be aligned with the sentiments and stance shared in the articles; and in fact, it was commented that the intention of the articles is “to destabilise the country” and it was also otherwise advised that caution be taken.

The loud silence, absurd compromises, convenient alliances, heightening passiveness and profound egotism by the sectoral interest groups and prominent citizens, regarding national governance, might be understood in terms of their vulnerability to various forms of victimisation by the powers-that-be. However, it is more difficult and worrying to explain the leadership-efforts demonstrated by the other opposing political parties. Have the parties surrendered to the political philosophy of Project Grenada, which is centred on achieving a one-party ‘communist’ nation; or are the weaknesses of the opposition parties promoting the dominance of the ruling party; or are those parties disguised collaborators against the people?

The enduring desire and pursuit by the people for justice, democracy, integrity and prosperity in Grenada, received a tremendous blow from utterances by the main opposition party, which attracts in the region of 40% of the voters, the National Democratic Congress (NDC), appearing on “To The Point” programme of the Grenada Broadcasting Network (GBN) on Tuesday, 18 February 2020, when the programme host asked about the feelings or the thoughts of the NDC as it relates to the process of the re-registration or the re-issuance of voter ID cards and the need for the reissuing of those cards.

Grenadians are overloaded with misinformation and unjustified information and are caused to comply with situations blindly, to tolerate mediocrity wholeheartedly, to thwart and stifle their sovereign spirit, and to form dangerous decisions. Thus specifically; in spite of the voter identification cards do not have any legal basis to be used as a national identification card and for doing everyday businesses, Grenadians are encouraged to follow the ‘injudicious and questionable’ manner of the PEO to have their expired voter cards renewed. Moreover; in spite of the non-explanation on any legal basis for establishing an invalid voter card, in terms of an expiry date stipulation, Grenadians are encouraged to have their expired voter cards renewed hastily as if there is an emergency or an ultimatum, or a deadline, or a precarious event or a mandatory stipulation for such action. Based on past experiences and prevailing circumstances about Grenada’s voting process and laws, it is ridiculous for any astute and analytical person to frighten the voting population by giving them the impression that for the purposes of elections, a date-expired voter card is an invalid or an illegal card, to the extent that they would be debarred from casting their ballots. There is no need to press on the side of caution in case snap elections are called, except to encourage, reinforce and assist school leavers who reached eighteen years to be registered.

The NDC declares that it has a “slightly different view on what should be happening… what has transpired is not in keeping with what we expected… what should happen is that in this period when all the cards expire you should have a purging of the list and re-registration of everybody… ”. However, at the same time, NDC is ‘proud and adamant’ on virtually advising the voting population to consider favourably “the approach that the PEO has taken and has seen appropriate” on the renewal of the voter cards, and to take part in a process which is filled with “confusing signals”. The NDC has being encouraging all Grenadians, who are already registered, to go and have their voter identification card renewed, stressing that “it is imperative, it is important, it is absolutely necessary…” Indeed though; the NDC’s messages of themselves are ‘conflicting and cold’ to its zealous voting-followers and could be factored to measure the level of resolution of, guidance by and dependence on the party.

On the Tuesday’s GBN programme, the NDC’s public relations officer, attorney-at-law Claudette Joseph, raised about 10 different areas and confessed that the party is “not sitting well… with what is happening”; areas where there are conflicts and where there is a need for explanations. Yet the repeated message to the people regarding their expired voter cards is, “so please do go and get your card renewed … it is important, treat yourself as though you are not registered and go have your card renewed.” Worse yet, this forceful advice is given even when it was also said that the party has sought and is awaiting an independent legal opinion on related issues. The disappointment and controversy stem mainly from the legal advice presented to the PEO and the decision that expiration dates are a matter for administration of the Voter Identification Card system. Is the process of administration involved renewal, replacement, re-issuance or re-registration; and what are the legal upshots?

Indeed it beats a sober mind and a clear judgment as to how worthwhile political parties and stalwart persons would refuse to dissent fully the PEO’s approach on the replacement of expired voter cards, refuse to not seize the opportune time to demand putting things right about the Voter Identification Card system with the purging of the voters list, refuse to not sensitise and rally the voting population on what should be, and refuse to not even be tempted to legally contest suspicious conducts on the issue. “In the abundance of water, a fool is thirsty” (a Bob Marley quote); and this fool would then be severely dehydrated and ultimately perished. Moreover, it should be clear that any entity engaging and negotiating in a position of ignorance, weakness, dillydallying and docility would be futile against an anchored, fortified, and perceived unconscionable and unscrupulous tyrant.

To what extent has the NDC grasp the technicalities and intrigues and intricacies of an elections machinery, and the political implications? Has the NDC dedicated itself to understanding the contents and complications of the Representation of the People Act (RPA), of its host of amendments and any regulations, and of the associated statutory instruments such as the Magistrate Act, involving the role of Justices of the Peace in the voting process? (See Revised Justice of the Peace list set to publish before end of 2020 and Open Letter to Grenada’s Supervisor of Elections). The legislative framework for updated information to be effectively and aptly transferred from the particular Registry to the PEO, regarding the names of dead individuals on the voters list, is of equal importance for attention and action.

Is the NDC mindful of all the strategies which could be involved in the so-called Replacement process, and the political and legal ramifications? Does NDC has any interest in the veracity and rationale as to why the Canadian 3M company or its new owners, developer of the Voter Identification Card system, is not responsible anymore for the system, and in the nature and profile of the local AZITS software company now maintaining the system?

Is the NDC investigating the procedures and requirements for re-issuing of a voter identification card? The PEO has informed that the process for the re-issuance of the expired voter cards would be treated as a defaced, lost or damaged card, and requiring similar statutory requirements except that there will not be any cost. With these facts, has NDC considered the possibility that a registered elector who is desirous to have his/her expired voter card renewed (which is not legally provided for) may be asked to fill out the form which relates to the legally accounted for cases, and thus this elector could be criminally liable for addressing an inappropriate document and making false entries? In fact; could the Supervisor of Elections (SOE) be held responsible? Particular reference must be made for example to Act 13 of 2018 (Amendment to RPA Cap. 286A), with Form No. 34 for the Application For Re-issuance Of Voter Identification Card, thereby declaring that “my Voter Identification Card has been lost/stolen/destroyed/mutilated/defaced” or revoked. Where’s the provision for an expired card?

Could it be that the expected RPA’s amendments for expiry voter cards were not done, because the government was occupied with other matters and did not fancy to call a sitting of parliament for that purpose at the time?

NOW Grenada is not responsible for the opinions, statements or media content presented by contributors. In case of abuse, click here to report.
Tags: claudette josephjk robertsndcparliamentary elections officerepresentation of the people actsupervisor of electionsvoter identification
Next Post 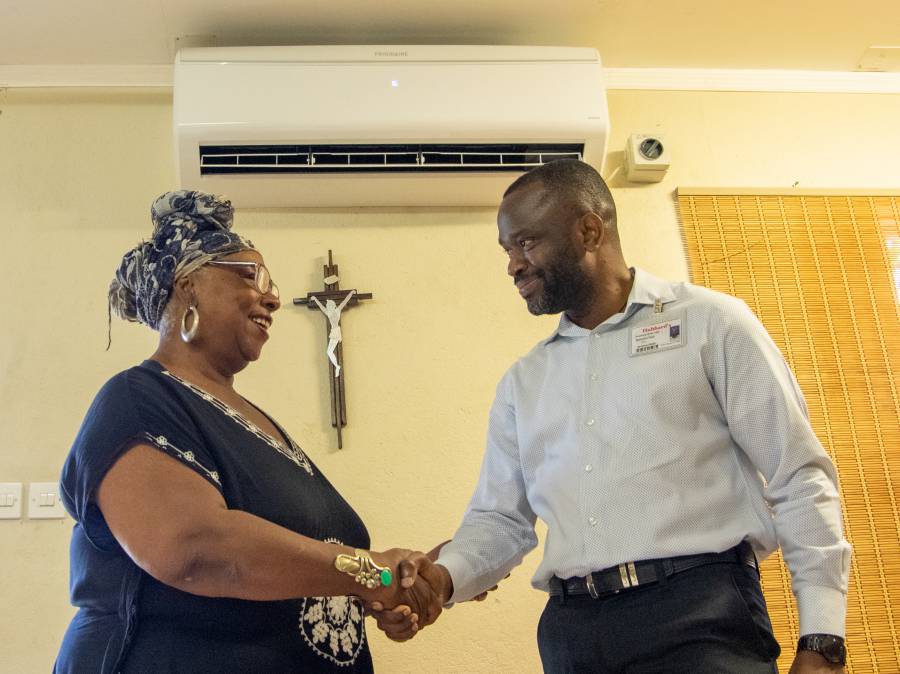